Songwriter and performer Avi Kaplan has a voice for the ages.

The artist, whose new album Floating on a Dream is out on May 20 (his debut solo LP), released his latest single on April 8, “On My Way.” The song is emotive and emotional, big, rich, and full. It’s the kind of song that makes you remember you have a heart, literally and metaphorically.

We caught up with Kaplan to ask him about the new music, what it was like working with famed producer Shooter Jennings on his new album, why individuality is important, and much more.

So, without further ado, let’s dive into the new song and what Kaplan, who has recently gone solo after a time in the popular group Pentatonix, has to say about his place in the music world here below.

American Songwriter: When did you first fall in love with music and what made you invest in it in a professional manner?

Avi Kaplan: I’ll never forget that moment, I was singing with my high school chamber choir for the first time. A sophomore surrounded by upperclassmen. It was William Byrd’s Ave Verum Corpus, and when all of our voices locked together on that first chord I was hooked. Nothing had ever made me feel that way. I knew I wanted to invest my whole heart into it from that point forward.

AS: What have you learned about yourself as a result of your dedication to the craft and art form?

AK: Being an individual is paramount. As much as we are forced to compare ourselves to others in this day and age it’s something I actively focus on. Continuing to dig deeper into my own well and see what comes out.

AS: In your quiet times, what do you think about your singing voice, what is your relationship to it—is it something you even thinking about or is it so natural that it’s odd to consider?

AK: If I’m honest, when I do think about my singing voice it’s usually to critique it. I don’t feel I see it as others do. I find most artists will never be able to see their voice or music like others and I’ve accepted that. I am always truly grateful for the voice I’ve been given though, even when I am picking it apart.

AS: What was the genesis of your new single “On My Way”?

AK: Missing my family. It was during the pandemic and I hadn’t seen them for quite a while. I just had this deep yearning to be with all of them. Whenever I have a deep emotion like that I try to see what will come out of me musically, so I went out on my porch to write and it just came out. Maybe took an hour to get it all down.

AS: What did Shooter Jennings bring out of you that you didn’t expect in the production of your forthcoming album, Floating On A Dream?

AK: Shooter brought out some rock and roll influences that I didn’t know I had! Before we got together he sent over some Terry Reid tracks and they absolutely blew my mind. We added a little Terry Reid rock and roll and vocals into the album. He’s now one of my biggest vocal inspirations.

AS: In the entire world—musically or otherwise—what small thing would you change if you could wave a wand?

AK: All of the selfishness and greed in the world. I feel that is where most of our problems as a planet stem from. If I could get rid of that, I’d do it in a heartbeat.

AK: I love how music can truly soothe a soul. I think it’s the closest thing we have to magic on this earth. Nothing can lift a human out of darkness like music. Nothing. 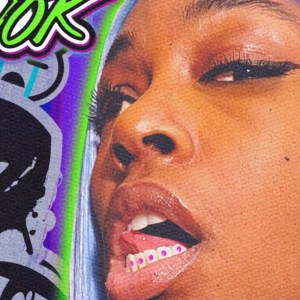 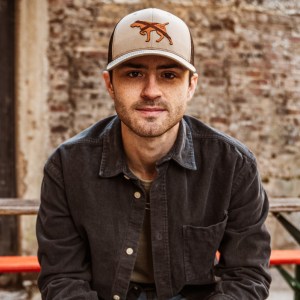