When the show began and these names were announced by Rolling Stone editor and Rock Hall founder Jann Wenner, there was a lot of applause for each, but when the name Rush was announced, the place went nuts. Evidently Rush fans – thrilled that their band was finally received this honor – packed the place.

The same diversity was very much alive on the red carpet, as a vast range of musical artists and celebrities came though, including Tom Morello (Rage Against The Machine), Cindy Crawford, Cheech and Chong, Mike McReady of Pearl Jam, Dave Grohl plus inductees Ann and Nancy Wilson (who graciously stopped to talk to everyone who wanted them, and posed for photos), Lou Adler, Chuck D of Public Enemy and Quincy Jones.

Paul Shaffer and the CBS Orchestra was the house band, as they have been every year, although the show was here in L.A. this year.

Backstage the scene was like at the Grammys and other big awards shows – a huge mass of every kind of press assembled, each trying to get the best photos and news bites for their outlet. The press watches the show on big monitors in between appearances by presenters, performers and inductees who came back to meet the press.

Randy Newman was the very first to be honored. He performed a special star-studded version of his theme song for this, his hometown, “I Love L.A.,” backed up by Tom Petty, John Fogerty and Jackson Browne, all of whom sang some key lines. He performed a stunning version of one of his oldest and most beloved songs, “I Think It’s Going To Rain Today” solo with orchestra, and then did one that is not well-known –- but is both hilarious and relevant, “I’m Dead (But I Don’t Know It),” which is about aging rock stars so aged they don’t even know they died long ago, and performed as a duet with none other than Don Henley.

It was Henley who gave Randy’s induction speech, and also came backstage afterwards with him to answer questions.

I asked about Randy’s choice of “I Think It’s Going To Rain Today,” which is more than four decades old. What is it about that song, I asked? “I don’t know,” he answered with his customary humility. “It’s not a typical song for me. I always thought I would write more like it, and I never did.”

“It’s the melody, Randy,” Henley interjected. “It’s the chorus and the melody.”

Asked about his other song choices, Randy said, “I was told what people wanted me to do. I chose ‘I’m Dead’ cause it fits the event. And I was thinking I should do ‘Sail Away’ or ‘Rain’ and everyone told me to do ‘Rain.’”

Asked if it was true that he wrote “I Love L.A.” on a bet, he said no, it wasn’t true, that he wrote it when people complained to him for writing about other cities, such as Baltimore and Cleveland, and not about his hometown. Though the song is intentionally funny, he said he means it –- he does love L.A.

In his induction speech, Henley, in his gray beard and reading glasses, looked like an elder statesman. Since the rules of the Rock Hall are that an artist becomes eligible for this honor after 20 years passes from their debut, that means Randy’s been eligible for twenty years, as he debuted in 1968. Given that Henley said “This honor is long overdue, shamefully overdue.” He then went on to praise Randy’s twelve studio albums as “an extraordinary body of work.”

He referred to Randy as one of the funniest people alive. “That’s a pretty hard thing to follow,” Randy said in his acceptance.

Among the most memorable parts of the show itself, besides many amazing performances, were two speeches, those from Quincy Jones and Flavor Flav of Public Enemy. Quincy, remarkably, spoke for almost a half an hour, free-associating, sharing his singular history from early jazz through Michael Jackson and Thriller and beyond, and then spoke about the importance of seeing the world and learning its cultures. “If you don’t go, you don’t know,” he said. “I speak 24 different languages, including Arabic and Mandarin. I am proud of that.”

He also quoted several of his famous friends, including this quote which might offer insight into the magnitude of his speech: “Frank Sinatra used to tell me, ‘Live each day like it will be your last, and one of these days you will be right.’”

Flavor Flav, in his acceptance speech along with Chuck D and Public Enemy, was also notable for its length. Flav started going and just kept going, to the extent that Chuck D, on camera, gave him the hand-signal for “Wrap it up, Flav!” But Flav was in no rush, and with his big shiny smile and giant clock around his neck, held court for a long time. He held up his clock, which he said he’d been wearing since 1987, and was about to retire, so that it can be displayed by the Rock Hall. But have no worry, he said, he would replace it with another.

Backstage later Chuck D. said, “I think Flav was running for president of the world tonight.”

Spike Lee and Harry Belafonte (who is 86, yet looks twenty years younger) spoke on behalf of Public Enemy and their contribution to music and culture. Belafonte was treated like a saint by the press, and though he didn’t stop to have his photo taken by the assembled mass, this intrepid reporter followed him into a TV area to thank him for his long lifetime of great music, and to take several photos of the great Harry Belafonte.

To induct the legendary producer Lou Adler – who produced such classic records as The Mama & The Papas’ “California Dreaming,” as well as “Eve of Destruction” sung by Barry McGuire (and written by PF Sloan) and Tapestry, by Carole King – his discoveries Cheech and Chong spoke. Then, even more eloquent than any spoken words, was Carole King’s solo performance of “So Far Away,” from Tapestry, which for a long time prior to Thriller was the best-selling album in the world, outselling Sgt. Pepper.

Adler was funny backstage, and humble, describing the wonder of hearing classic songs like “California Dreaming” and Carole’s “You’ve Got A Friend” for the first time. “Those are moments you don’t forget.” He described the late great Mama Cass as “having a great big voice, as big as she was, and a heart even bigger.” He thanked all the great teams of studio musicians with whom he created classic albums, and even thanked Elmer Valentine, the founder of Hollywood’s Whisky-A-Go-Go, “for lighting up the Sunset Strip.”

Oprah Winfrey was present to induct her old friend Quincy, saying there was nothing she wanted more in life than to be in the film version of The Color Purple, which he produced. “The safest place to be in the world is the space in Quincy’s heart.”

Evidently she didn’t feel as safe in front of the press, as it was announced that was about to come back, and then that she changed her mind. Hence, there are no photos of Oprah here.

Backstage Chuck D. was funny and humble, saying he felt bad talking during Heart’s performance (though that is how this works, still he felt bad) and praised Nancy and Ann Wilson as great musicians. He was asked how if felt to have his group, Public Enemy, honored with this award. “Your group has always been anti-establishment,” said one reporter. “But this is the establishment. So how does this feel?”

The event will be broadcast on HBO with its debut on Saturday, May 18. HBO Signature will present a coinciding 24-hour marathon of this special beginning on May 18th and concluding midnight of May 19th. 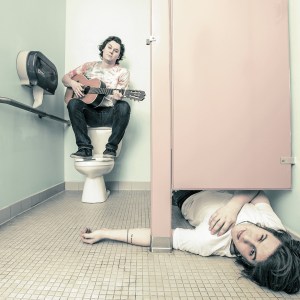 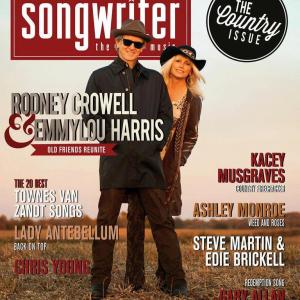