Becky and Nathan Bliss remember a friend telling them a childhood story about how his grandmother would say to him “I wish I could give you my heart for the hurting times,” whenever he would unload all his stresses and burdens on her. When he was a boy, those words didn’t mean much to him, but as an adult, his grandmother’s words took on new meaning.

“Years later while his wife labored at the hospital with their first child and eventually delivered a baby who wasn’t breathing and began to turn blue, his grandmother’s words hit him like a ton of bricks,” says Becky Bliss. “In that moment, all he wanted in the world was to give his breath, his heart, his life, so that this helpless, precious baby would be okay.”

In the end, it was a happy ending, and the baby girl was fine, but the story, and those words, stuck with Kansas City duo, who later fleshed it out on “The Hurting Times.”

Originally written in 2017 and first performed live in 2019, after the duo finished the songs last few lines while driving through the Holland Tunnel on the way to a gig in New Jersey, “The Hurting Times” was a few years in the making. “It took another six months to start recording the tune,” says Bliss. “Little did we know, the song would find its completion in the midst of a global pandemic with racial tensions at an all time high and political divides deeper than ever.”

Tender in tone and moving in its graceful melodies, “The Hurting Times” is a song of hope during very uncertain times, filled with messages of healing through a delicate deliverance of It’s a blessing, it’s a curse to love so much it hurts / I wish I could take your pain away.

With production on lockdown in April, the couple decided to make their own video for the track with Becky sifting through scenes from 70 DVDS and VHS tapes (and a 20 page minute-by minute catalogue for each DVD) that her father gifted her one Christmas.

Piecing together these family snapshots—her own and from others who shared their video memories—with the help of editor Erik Jacobsen, “The Hurting Times” is interspersed with shots of Becky and Nathan now and visually unravels what is most important when times are hard: family.

“I knew there were so many nostalgic moments in there and also thought it would be meaningful to collect videos from different people,” says Becky. “I know for myself, memories of simpler times and family are always things that bring me comfort amidst hard times.”

Currently in lockdown, the duo are busy making music and are already writing and recording material from their home studio, along with collaborators in New York, Los Angeles, Portland and even Finland. A follow up to 2019’s Barnaby Bright, the new album is set for a spring 2021 release.

Even working through the kinks of various online streaming platforms for performances, the duo have already performed 25 live streamed shows within the first few months of COVID and will release a holiday album digitally (with a limited edition CD) and a “virtual Christmas tour” starting in mid-December.

“The minutia of getting the video and audio to work with various streaming platforms and tedious workarounds and limitations between devices… it’s been quite a learning curve,” says Nathan. “But we finally have a setup that we’re happy with.”

Back home in Kansas City, Barnaby Bright still have a deep connection to the East Coast since they lived in New York for six years. It’s where they made their first two albums—Wake the Heroes (2009) and 2012’s The Longest Day—and also where they got married.

Reflecting on what seemed like simpler times—and for the artists, a time when touring was still part of their regular routine—universally, “The Hurting Times” is all the more relevant now. It’s a soothing reminder that, even in a world of uncertainty, everything mends in time.

“Some of our best memories are those early days on the road,” says Becky reflecting on touring. “It was nothing but excitement and possibility waiting for us around the corner at the next gig.” 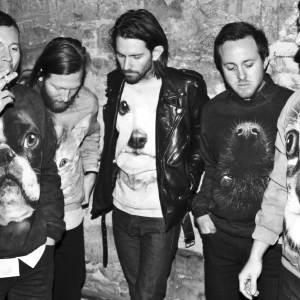 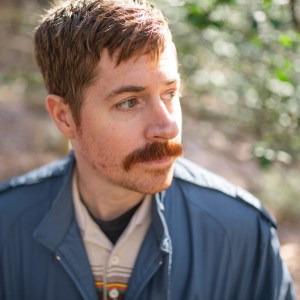