In a span of five years, Janis Joplin went from singing and touring with Big Brother and the Holding Company, releasing two albums with the band, and cementing her legendary presence with her 1967 performance of “Ball And Chain” at the Monterey International Pop Festival. Joplin then broke out on her own with the Kozmic Blues Band and the Full Tilt Boogie Band before going solo and leaving her mark in rock history.

Joplin, born Jan. 19, 1943, in Port Arthur, Texas, lived the sex, drugs, and rock and roll lifestyle just like many of her male counterparts throughout the ’60s, having conquests with everyone from Dick Cavett to Kris Kristofferson and Leonard Cohen—who was later revealed in the anonymous storyline of his “Chelsea Hotel #2.”

Already a heavy drinker since she was a teen, Joplin could drink most people under the table, which transitioned into her heavier substance abuse, including using meth by the age of 22.

Throughout all her excessive lifestyle, Joplin continued delivering hits like “Piece Of My Heart”—one of the songs she would pull from the songwriting duo of Jerry Ragovoy and Mort Shuman for her second and posthumous 1971 classic album, Pearl (“Get It While You Can,” “Cry Baby,” “My Baby”)—which was originally recorded by Erma Franklin in 1967 and released a year later by Joplin with the Big Brother and the Holding Company in 1968.

Joplin also recorded the Kristofferson and Fred Foster-penned “Me And Bobby McGee,” which she took to No. 1. She co-wrote “Mercedes Benz” with Bob Neuwirth and Michael McClure—both tracks, also released on Pearl.

Her vocals were raw, visceral with an authenticity that has been unmatched. “When I sing, I feel like when you’re first in love,” said Joplin of her vocals. “It’s more than sex. It’s that point two people can get to, they call love when you really touch someone for the first time, but it’s gigantic, multiplied by the whole audience. I feel chills.”

Once comparing herself to one of her musical inspirations, Joplin said: “I’d rather not sing than sing quiet. Billie Holliday was subtle and refined. I’m going to shove that power right into you, right through you and you can’t refuse it.”

As Joplin was putting the finishing touches on Pearl in the fall of 1970, she recorded her final song on Oct. 1, her original “Mercedes Benz,” an a cappella song questioning the contentment in acquiring material things.

On Sunday, Oct. 4, Joplin failed to show up for a recording session and was later found by her friend and road manager John Byrne Cooke in her room at the Landmark Motor Hotel in Los Angeles. At the time of her death, Joplin was found clutching her cigarettes in one hand and money in the other.

Her death was ruled accidental due to an overdose of heroin compounded by alcohol, according to an autopsy report by Los Angeles County coroner Thomas Noguchi.

It was suspected that Joplin had consumed a particularly potent batch of heroin that had been going around at that time and was allegedly causing more overdoses, according to Cooke in his 2014 book On the Road with Janis Joplin.

On Oct. 7, 1970, Joplin’s family scattered her ashes from a plane over the Pacific Ocean.

Just 16 days before Joplin’s death, her musical peer of the era Jimi Hendrix also died at the age of 27. 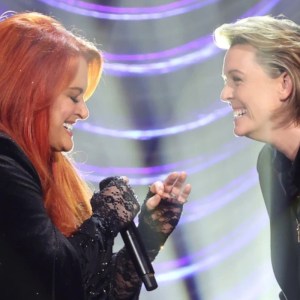 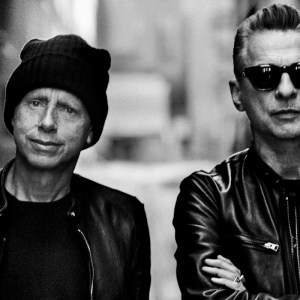