Bassist Victoria De De Angelis, who is half Danish, thought a word to honor part of her heritage would work as a band name. Though the word has no particular meaning to the band, everyone agreed on Måneskin.

“I picked it when we first started playing because we needed to join this musical competition, and we didn’t have a name yet,” said De Angelis in a recent interview. “So they just told me just say random words in Danish, and we chose one.”

How to Pronounce Måneskin

Fans often pronounce Måneskin as “Man-Eh-Skin,” which is incorrect, but it doesn’t faze the band. Though, De Angelis, along with vocalist Damiano David, guitarist Thomas Raggi, and drummer Ethan Torchio, shared the correct pronunciation of their name: “Moan-Ah-Skin.”

The Story (So Far) of Måneskin

Initially formed in Rome in 2016, Måneskin started by busking around the Italian capital. In 2017, the band finished in second place on the 11th season of the Italian version of X Factor and released their debut album, l ballo della vita, in 2018.

By 2021, the band won the Eurovision Song Contest with their song “Zitti e buoni”—which stands for “Shut Up and Behave” in English and is also featured on the band’s second album Teatro d’ira: Vol. I—and have kept moving since with their cover of Frankie Valli and The Four Seasons’ 1967 Jersey Boys song “Beggin’,” along with their own “Supermodel” and “I Wanna be Your Slave,” which all hit the Billboard charts.

“For us, Eurovision came at a very right moment because we had just come out with an album, so what we brought to Eurovision was basically just one of the things of the whole album and it was fresh, and it was super authentic for us,” said David. “I think that people were happy to find a lot of coherence between what we brought to Eurovision and what they saw in our catalog, and they felt like, ‘Ok, this is not just a viral song that they made specifically for Eurovision, but it’s just one of their songs.”

Måneskin recorded Elvis Presley‘s 1968 song “If I Can Dream,” which was featured on the soundtrack for the recent Baz Luhrman musical drama Elvis, and was nominated for two MTV Video Music Awards in 2022, including Best New Artist, and won the Best Alternative category for “I Wanna Be Your Slave.”

The band is set to release their third album Rush!, featuring new singles “Kool Kids” and “The Loneliest,” in 2023. 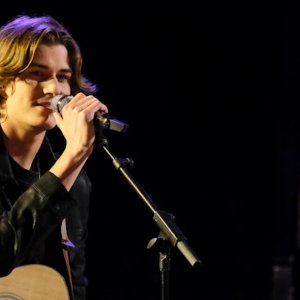 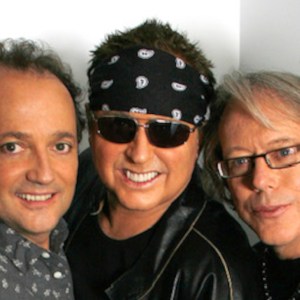