On Halloween (October 31), Måneskin announced their next album and kicked off their newest tour.

The forthcoming new LP, RUSH!, is set for release on January 20, 2023. The new record is also available to pre-order beginning on November 3 with physical formats, including standard, white, red, and picture disk vinyl, special box sets, CDs, and more.

The band also started their latest tour on Monday (Nov. 7), kicking off at Seattle’s Paramount Theater. See full dates below.

Last week marked the one-year anniversary of MÅNESKIN’s first promotional trip to the United States, where they appeared on The Tonight Show Starring Jimmy Fallon and performed showcases at The Bowery Ballroom in New York, and The Roxy In Los Angeles. Just one year later, the band has been praised for helping to lead a worldwide resurgence of Rock music, bringing THREE different singles to No. 1 for multiple weeks across the charts.

In addition to performances on SNL, The American Music Awards, Ellen, The Voice, and a second Tonight Show appearance, the band’s songs have also been praised at standout festival performances such as Coachella, Lollapalooza, Rock in Rio (just prior to Guns n Roses), an opening appearance for The Rolling Stones and their recent appearance just before Metallica during the Global Citizen Festival in New York’s Central Park.

Most recently, “Beggin,” a cover of The Four Seasons’ song, was certified triple platinum in The United States, while the group has quickly surpassed six-billion global streams, and received a People’s Choice Award nomination for “The Group of 2022,” Multiple MTV Europe and Japan nominations, and FOUR 2022 American Music Award Nominations (New Artist of the Year, Favorite Rock Artist, Favorite Rock Song & Favorite Duo or Group). 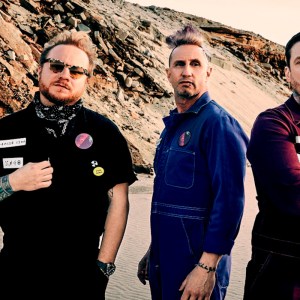