Oasis became one of the best-selling English bands of all time. Though their mop tops may have been reminiscent of the Fab Four, this five-piece was ushering in a new era.

Helping to pioneer Britpop (though they may not have liked to be recognized as such), Oasis’ sound was a fusion of all the UK’s best and brightest: The Sex Pistol’s wall of sound, the ear-worm melodies of The Beatles and the saunter of The Rolling Stones.

Oasis never deemed to be modest. From the start of their career, they set out with one simple goal: to be the biggest band in the world. They more than achieved that feat, but only at the ruin of brothers Liam and Noel Gallagher’s relationship.

Before they broke up in 2009, the notoriously eruptive group managed to simmer tempers long enough to produce a number of perennial albums. Thanks to the omnipresence of “Wonderwall,” the name Oasis is known the world over, but how did they land on such a moniker? Below, we’re answering the question: “(What’s the story) behind Oasis.”

Liam was the first to be brought into the group. In the early ’90s, bassist Paul McGuigan, guitarist Paul Arthurs, drummer Tony McCarroll, and singer Chris Hutton formed a rock outfit called The Rain. Soon after, the rest of the group became dissatisfied with Hutton and brought a teenage Liam into the group.

After becoming a temporary replacement on vocals (one that would become permanent), he suggested they change their name to Oasis—inspired by an Inspiral Carpets tour poster in the childhood bedroom he shared with Noel, who toured with the group as a roadie prior to joining Oasis. The poster featured a date at the Oasis Leisure Centre in Swindon, England.

Though it was Liam that suggested the name, the inspiration came from Noel’s poster, so really who should get credit? Surely, yet another point of contention between the brothers Gallagher.

The band played their first show as Oasis in August of 1991 at the Boardwalk club in Manchester. They sat at the bottom of the bill, playing in front of The Watchmen and Sweet Jesus. Noel, who was still touring with Inspiral Carpets, came to watch the group play.

After being unimpressed yet intrigued with the possibility of the band, Noel approached the group about becoming a member—on the stipulation that he become the primary songwriter and that the group set their sights firmly on becoming a commercial success.

Arthurs once recalled, “He had loads of stuff written. When he walked in, we were a band making a racket with four tunes. All of a sudden, there were loads of ideas.”

Though they had seen breakthrough success in the UK with their debut album, Definitely, Maybe. It was their second effort, (What’s The Story) Morning Glory? that earned them success on an international scale.

After initially being met with mixed reviews, the album ended up selling over four million copies and becoming the fifth-best-selling album in UK chart history. By the mid-’00s, it had sold up to 22 million units in the world, making it one of the best-selling albums of all time.

A large part of the album’s success can be chalked up to colossal hit singles, “Wonderwall” and “Don’t Look back in Anger,” which reached No. 2 and No. 1, respectively. Further, the album featured “Champagne Supernova,” which has gone on to be one of the group’s signature songs.

Following (What’s The Story) Morning Glory? the group went on to enjoy an illustrious career until their official break-up in 2009.

Why Did Oasis Split Up?

A more apt question would be “how did Oasis last as long as they did?” For pretty much the entirety of their run, the group was consistently having rifts, butting heads, and temporarily breaking up—largely thanks to the volatile relationship between Liam and Noel. The two brothers fought like dogs, so much so that they hardly speak to each other today, though glimmers of a peace accord have been mentioned in recent years.

They weathered a high turnover rate of bandmembers, Britpop falling out of style and a music industry disrupted by the ushering in of the internet age. Despite making it through all of this, the final nail in the coffin was a show at the Rock en Seine Festival near Paris in 2009. Liam allegedly threw a chair at Noel and the band never made it to their set. Instead, Noel released a short statement announcing his split from the group, “It is with some sadness and great relief…I quit Oasis tonight. People will write and say what they like, but I simply could not go on working with Liam a day longer.” 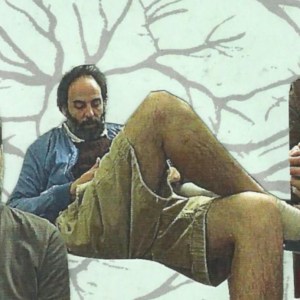