The weather outside is getting colder and the leaves are beginning to turn, which means – if you’re anything like us – it’s time to start an annual rewatch of the Harry Potter series.

Few film series are held as dear as the Potter is. The books and their subsequent film adaptations have spawned legions of die-hard fans and priceless childhood memories. Many of us grew up right alongside Daniel Radcliffe, Emma Watson, and Rupert Grint as they journeyed through their magical world and came out the other end heroes.

With the news of Robbie Coltrane, who played Hagrid, passing away, we here at American Songwriter decided to take a look back at the four incredible composers that bolstered the eight Harry Potter films with timeless scores.

1. John Williams (The Sorcerer’s Stone, The Chamber of Secrets, The Prisoner of Azkaban)

Few things were as magical as watching the first three Harry Potter films as a youngster. Even today, when watching them back with a sense of nostalgia, that same whimsy cuts deep, largely thanks to the stellar soundtrack by none other than John Williams.

With flurrying strings, playful melodies, and haunting motifs, Williams somehow created a score that is the very essence of magic. Like with all of Williams’ compositions, he adds something timeless to the first three Harry Potter films that tugs on your heartstrings with every rewatch. What is more iconic than “Hedwig’s Theme?” There are very few people who don’t intimately know that melody and it has long been cemented into the annals of film history.

2. Patrick Doyle (The Goblet of Fire)

By the time the fourth Harry Potter film rolled around, our beloved characters were a little bit older, a little bit wiser, and facing greater stakes than ever. Due to a scheduling conflict, Williams’ Potter streak was ended and Patrick Doyle stepped up in his place. It was a mammoth task, but Doyle managed to keep the same feel that fans knew and loved while fostering a more mature sound to go along with the new, darker plot lines.

Doyle shed a large portion of the quaint, jovial tunes Williams had created and dialed in on haunting, spine-tingling compositions. Goblet of Fire marked a stark shift in the Potter story. Instead of focusing on school-aged bullies and middle-man villains, Potter comes face to face with Voldemort for the first time, starting him on his life-altering destiny. Though Williams’ score is undoubtedly great, Doyle’s melancholy take on things served the story tenfold.

3. Nicholas Hooper (The Order of the Pheonix, The Half-Blood Prince)

Possibly the strongest divide between Potter films is between Goblet of Fire and Order of the Pheonix. Harry has been irrevocably affected by seeing death for the first time and he, and his comrades, know that studying for the OWLs will soon be the least of their worries. In that same vein, we also see another shift in composer as Nicholas Hooper takes over for the fifth and subsequent sixth film.

The soundtracks for both of these films have their fair share of iconic moments. Harry and the Order of the Pheonix flying over London with a robust and sweeping orchestral suite playing underneath, (see below), a poignant eulogy playing as Harry loses yet another father figure in Dumbledore and so many more pivotal plot points that are made that much more stirring with the help of Hooper’s lush score.

The final two installments of the Potter series couldn’t be further from the optimistic, fanciful world we were first introduced to. Harry and the gang leave Hogwarts in search of the secret to defeat Voldemort once and for all and are subsequently stripped of all the comforts they have come to know—which is reflected in Alexandre Desplat’s accompanying score.

The entirety of the score is given a sense of hopelessness. Even the titular “Hedwig’s theme” is given a bleak outlook. Even though, spoiler alert, (But, it’s been over a decade so if you haven’t seen it by now, where have you been?), Harry comes out the other end victorious and saves his family and friends, we are led to believe that this could really be the end of the characters we love through a piercing score that is worthy of such a colossal ending to a once-in-a-lifetime series. 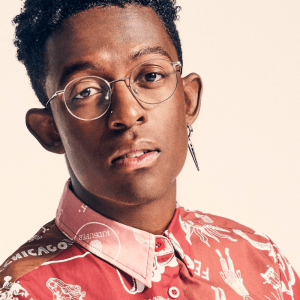