Ever since the band’s inception in the mid-1960s, to talk about the rock group The Who feels akin to the beginning (and trying to avoid) a comedy routine.

Nevertheless, the group has come to be known both by its name and its songs, which have propelled the group to its beloved status as one of the most popular and influential rock bands of the 20th Century.

Formed in London in 1964, the group is comprised of lead singer Roger Daltrey, guitarist and singer Pete Townshend, bassist John Entwistle and drummer Keith Moon. (Entwistle and Moon have since passed away, sadly.)

But the impactful band hasn’t always gone by the name The Who. Their history and what the group was first known as is the subject of this inquiry. So, without further ado, let’s dive into some history, shall we?

Early Days And The Detours

The Who at first was not known as The Who.

Instead, the band went by the name The Detours. They established themselves as part of a major scene in London in the early-to-mid-1960s, often rampaging on stage, destroying everything from guitars to drums.

As a teenager, Daltrey had trouble fitting in at school. It was around then he discovered gangs and rock ‘n’ roll. At 15 years old, he was expelled from school and found work on a construction site. In 1959, he founded The Detours, a group that went on to play corporate gigs and weddings.

At some point along the way, Daltrey, by chance, saw Entwistle on the street carrying a bass and he recruited him into The Detours. Later, in 1961, Entwistle suggested adding a guitarist—specifically Townshend, on lead guitar. With him in tow, the band played instrumental songs by The Shadows and The Ventures, along with a number of pop and jazz covers.

Other band members came and went from The Detours. But in February of 1964, the band came to find out that there was another group by that same name. Johnny Devlin had a group called Johnny Devlin and the Detours. So, Daltrey and company changed their name.

According to legend, Townshend, now in the group, and his housemate Richard Barnes spent a night pondering name options, focusing on a theme of joke announcements. Options included No One and The Group. Townshend reportedly liked the name The Hair, and Barnes liked The Who because it had “a pop punch.” The next morning, Daltrey chose “The Who.”

The band’s first single as The Who was “I Can’t Explain” in 1965. That song reached the top-10 in the U.K. A number of hits followed, including “My Generation” in 1965 and more. In 1969 the band came to be known for its concept album, Tommy, which included the hit “Pinball Wizard.”

By the time the band had taken on the moniker, The Who, they had found their footing in the U.K., playing regular gigs of note. They had a new manager and were securing auditions with record companies like Fontana Records.

Today, all the hard work—and the decision to land on the name The Who—has paid off. Though the band’s name is humorous and at times hard to say without turning the conversation into a potential Abbott and Costello routine, they’ve maintained a legacy that won’t fade anytime soon. 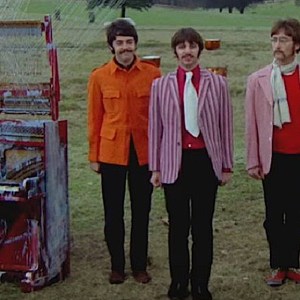 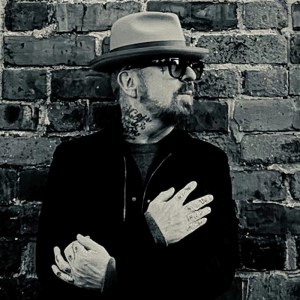