When an artist rises to fame in the way that Lizzo has over the past few years, it has to be daunting to try and release new music.

Lizzo had monstrous hits in recent years with songs like “Truth Hurts,” “Boys,” “Good As Hell” and “Juice.” So, when the artist announced her 2022 album, Special, there must have been some trepidation. How can she follow those billions of streams?

Well, Lizzo was able to do that, thanks to her 2022 pop-disco single “About Damn Time,” which has garnered 100 million views on YouTube alone since its release in the spring.

But what is the history and meaning behind the song? Let’s dive in.

The Song’s Meaning: We Were Waiting…

There were three years between Lizzo’s breakout 2019 album, Cuz I Love You, and the 2022 LP, Special. That duration was a big reason why Lizzo named the lead single from the 2022 offering, “About Damn Time.” Because, in truth, it was about damn time that her fans got new music.

But, as she says in the track, she’d been under a lot of stress and pressure to find the right words, the right music, and more to live up to her reputation. Truly, in 2020, you couldn’t go anywhere without hearing a Lizzo song. She was the face of the music during the pandemic era.

For the 34-year-old Detroit, Michigan-born Lizzo, “About Damn Time” was just the song she needed to make fans remember her skill on the microphone and in the studio booth.

Released on April 14, “About Damn Time” hit No. 1 in the United States, becoming Lizzo’s second-ever No. 1 song. It has also received three nominations at the upcoming 65th Annual Grammy Awards for Record of the Year, Song of the Year, and Best Pop Solo Performance. Looks like the track was actually right on time.

According to reports, the track was the final song written for Special. Prior to writing it, Lizzo thought the album was incomplete. She wanted something uplifting, in the vein of “Good as Hell.”

Co-writer Blake Slatkin said the track began with four piano chords. Then a baseline came. With a demo in hand, they showed Lizzo and implored her to come to the studio to work on the song. She created the hook and melodies, and it was done after four months. At one point, the song featured an entirely different chorus than the exuberant one now on the song.

“I think life had thrown some major traumas and hard experiences at us, especially globally these last few years,” Lizzo explained of the song’s content. “And I wanted to write a song that allowed us to take a moment and celebrate our survival, and celebrate how far we’ve come.”

The song is meant to get you out of your seat. And it achieves this in spades.

It’s an uplifting song about change. About growth. About letting yourself go into the blissful unknown. If Lizzo’s example is one to look to for this fate, then it seems like we’re all going to be okay, alright. And it’s about damn time. 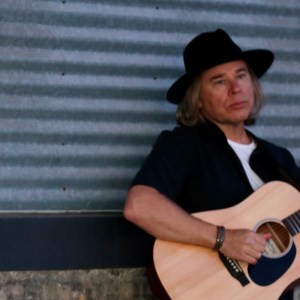