All of The Beatles were fans of Dylan,  even before they met in  1964. But of all of them,  it was George who became a close, lifelong friend. Any interview with George in his last decade almost always includes quotations from songs by “the man,” as George referred to him. He’d then recite a line or two of these sacred verses, like a believer reciting a Gospel passage.

After Dylan’s motorcycle accident in 1968, Bob moved with his family to Woodstock. It’s there he wrote a lot of new songs and recorded demos of them – which became The Basement Tapes – with the Band in their house Big Pink. It was one of the most peaceful and productive periods of his life, off the road, reflective, recovering his full artistic powers and writing a whole new kind of song.

This is when Dylan and George wrote “I’d Have You Anytime.” It was November 20, 1968,  four years beyond their initial meeting.

In an interview with Crawdaddy magazine in 1977, George spoke in detail about this time with Bob,  the origins of the song, and its meaning in his life. Of all the songs on All Things Must Pass, it represented something singular to George, as it wasn’t written within the frustrating and often hurtful fold of The Beatles. as were many of the others, but from a collaboration with Bob Dylan.

That distinction comes across in the following answer, offered in response to a question about the “explosion of songs” on All Things Must Pass:, and if “My Sweet Lord” was his favorite.

GEORGE HARRISON: No, not particularly. I liked different songs for different reasons. I liked the first song that was on the album, “I’d Have You Anytime,’ and particularly the recording of it, because Derek and the Dominoes played on most of the tracks and it was a really nice experience making that album– because I was really a bit paranoid, musically.

Having this whole thing with The Beatles had left me really paranoid. I remember having those people in the studio and thinking, ‘God, these songs are so fruity! I can’t think of which song to do.’ Slowly I realized, ‘We can do this one,’ and I’d play it to them and they’d say, ‘Wow, yeah! Great song!’ And I’d say, ‘Really? Do you really like it?’ I realized that it was okay… that they were sick of playing all that other stuff. It’s great to have a tune, and I liked that song, ‘I’d Have You Anytime’ because of Bob Dylan.I was with Bob and he’d gone through his broken neck period and was being very quiet, and he didn’t have much confidence anyhow– that’s the feeling I got with him in Woodstock. He hardly said a word for a couple of days.

Anyway, we finally got the guitars out and it loosened things up a bit. It was really a nice time with all his kids around, and we were just playing. It was near Thanksgiving. He sang me that song and he was, like, very nervous and shy and he said, ‘What do you think about this song?’ And I’d felt very strongly about Bob when I’d been in India years before– the only record I took with me along with all my Indian records was Blonde On Blonde. I felt somehow very close to him or something, you know, because he was so great, so heavy and so observant about everything. And yet, to find him later very nervous and with no confidence.

But the thing that he said on Blonde On Blonde about what price you have to pay to get out of going through all these things twice– “Oh mama, can this really be the end?”

So I was thinking  that there is a way out of it all, really, in the end.

He sang for me, “Love is all you need/ Makes the world go ’round/ Love and only love can’t be denied/ No matter what you think about it/ You’re not going to be able to live without it/ Take a tip from one who’s tried.’ [The bridge  from “I Threw It All Away.”]

And I thought, isn’t it great, because I know people are going to think, ‘Shit, what’s Dylan doing?’ But as far as I was concerned, it was great for him to realize his own peace, and it meant something. You know, he’d always been so hard… I thought a lot  of people are not going to like this, but I think it’s fantastic because Bob has obviously had the experience.

I was saying to him, “You write incredible lyrics.” And he was saying, “How do you write those tunes?”

So I was just showing him chords like crazy. Chords, because he tended just to play a lot of basic chords and move a capo up and down. And I was saying, “Come on, write me some words,” and he was scribbling words down.

And it just killed me because he’d been doing all these sensational lyrics. And he wrote:

All I have is yours
All you see is mine
And I’m glad to hold you in my arms
I’d have you anytime.

The idea of Dylan writing something, like, so very simple!

In a 2001 interview, George identified the chords, which are the ones used on the record. It famously starts with a Gmaj7, which he moved up the neck four frets to Bbmaj7. Before then Dylan had little knowledge of major-seventh chords, which seemed more unusual then. Now all these years since The Beatles and others used them extensively, they do not seem uncommon at all.

GEORGE HARRISON: Bob was saying, “Hey, what about those? Show me some of them chords, those weird chords!”

And that’s how that came about. It’s like a strange chord, really, it’s called G major 7th, and the song has got all these major-7th chords [laughs], so we just kind of turned it into a song. It’s really nice.”

In 2011, George’s wife Olivia wrote a beautiful book of memories and more about their life together, Living in the Material World. This song, she wrote, starts with George speaking in song directly to Dylan.

OLIVIA HARRISON: You know, they say in this life, you have to perfect one human relationship in order to really love God. You practice loving God by loving another human, and by giving unconditional love. George’s most important relationships were really conducted through their music and their lyrics.

And he was very unabashed, and romantic about it, in a sense. You know, I found that he had these love relationships with his friends. He loved them.”

George chose “I’d Have You Anytime” as the opening song on his first solo album, All Things Must Pass, the magnificently expansive triple album of miracle songs, almost all of which were written when he was in The Beatles. Produced with full Wall of Sound splendor by Phil Spector, it was a wall into which George’s beautiful guitar work was woven, which distinguishes it.

George bolstered its power by inviting his favorite guitarist and friend, Eric Clapton, to play, as he also did on “While My Guitar Gently Weeps” on Abbey Road.  In 2001 he was asked by Billboard  if it was a tough decision to make this song the opener for the album.

GEORGE HARRISON: It probably was, because it goes, ‘Let me in here…’ [Laughs]. It just seemed like a good thing to do; it was a nice track, I liked that. And maybe subconsciously I needed a bit of support. I had Eric [Clapton] playing the solo, and Bob had helped write it, so it could have been something to do with that.”

The production of the song is sparse and simple. George played the acoustic guitar, and sang the lead vocals and all the harmony vocals.  Clapton is on electric, Klaus Voormann is on bass, and Alan White is on drums. Classical pianist John Barham orchestrated and conducted the orchestra. There is vibraphone on the track, though some say it is harmonium. It remains uncertain who  played it.

“I’d Have You Anytime”
By George Harrison & Bob Dylan

Let me in here, I know I’ve been here
Let me into your heart
Let me know you, let me show you
Let me roll it to you

Let me say it, let me play it
Let me lay it on you
Let me know you, let me show you
Let me grow upon you

Let me in here, I know I’ve been here
Let me into your heart 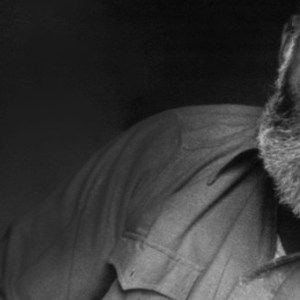