Let me in here, I know I’ve been here/ Let me into your heart, George Harrison sings on “I’d Have You Anytime.” Despite singing to a rather ambiguous you, we’d like to think that the late Beatle was singing to our hearts—his fans—as a plea for individual recognition and release post-band breakup. And it worked. Harrison’s solo career was one composed of timeless hits that continue to inspire artists today.

But let’s not beat around the bush; let’s get to the heart of the matter. Below we get into just a few of Harrison’s hits, in no particular order. Read below for some of George Harrison’s best songs from his time with The Beatles and into his solo career.

The most appropriate place to start any roundup of George Harrison songs is with his most commercially successful song, “My Sweet Lord.” Not only was “My Sweet Lord” the top-selling U.K. single in 1971, but it was the first number one single from any of the former Beatles. For more details about the story behind this song, read HERE.

Harrison wrote “Here Comes The Sun” for The Beatles’ famous album Abbey Road. The actual writing for the track happened while Harrison was visiting his friend and fellow musician, Eric Clapton, at his country house. The song turned out to be irresistibly upbeat, and on a broader scale, it offered hope for a new future after the trials of the ’60s counterculture movement.

“What Is Life” is one of the many songs that Harrison had written during his time with The Beatles, but stockpiled for his eventual solo career.

“Something” is another track that Harrison wrote for Abbey Road. The song lyrics read like a love poem, which it essentially is, and the song won the Ivor Novello Award for the Best Song Musically and Lyrically in 1969.

The song appeared on Harrison’s debut solo album, All Things Must Pass, but was originally written by Bob Dylan. The American singer/songwriter had written the track about his first wife, Sara Dylan, and released it before Harrison on his record, New Morning. Harrison’s version, though, is more melody-focused than Dylan’s.

This list of George Harrison songs wouldn’t be complete without a cover song. (We’ve got to cover all of our bases here.) “Got My Mind Set On You” was written by Rudy Clark and first sung by James Ray in 1962. Harrison’s cover of the R&B tune was released on the last album he released during his lifetime, Cloud Nine.

Harrison wrote “Ballad of Sir Frankie Crisp (Let It Roll)” as a tribute to the original owner of Friar Park, a Victorian Gothic home that Harrison bought to be his family home. Olivia Harrison, George Harrison’s widow, still resides at Friar Park.

Now, we all know Harrison’s song “Isn’t It A Pity.” But have you heard the outtakes from the recordings of the song? They’re almost as good as the final cut. Check out one of the “Isn’t It A Pity” outtakes below. 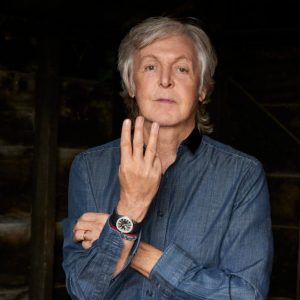