Jimmy Buffett has been mixing up his own brand of escapism for years in the form of merchandising and music. The recipe for each of his more than 50 albums to date is usually just as interesting as the backdrop for each of his songs. Ingredients like the Beatles’ former record producer, Elvis Presley’s former session player-turned Dan Fogelberg producer, the “Coral Reefer Band,” not to be confused with actual “coral” and “reefer,” which are also highly recommended (no pun intended), rum, more rum, and an exotic island. Throw all of that into a blender, and you’ve got yourself a Jimmy Buffett album… a Jimmy Buffett song… or quite possibly even both.

Buffett set out in 1979 to record his 9th album, this time on the exotic island location of Montserrat in the British West Indies. The album came on the heels of his 1977 album Changes in Latitudes, Changes in Attitudes—which contained his hit song “Margaritaville”—and 1978’s Son of a Son of a Sailor album (both of which were produced by famed Muscle Shoals record producer Norbert Putnam). Aside from the above mentioned ingredients, Buffett also brought along  Memphis songwriter and then-new Coral Reefer Band member, Keith Sykes.

Although the island itself was certainly an attractive benefit of recording in Montserrat, the main reason Buffett selected the area was due to the location of AIR Studios, which was founded in 1965 by Beatles producer Sir George Martin. In Buffett’s mind, combining the Beatles music lineage, exotic island scenery, and the craftsmanship of producer Putnam must have been the ultimate blender recipe for a great album. And… there was also Keith Sykes.

As the story goes, the dormant (at the time of recording) Soufrière Hills volcano on the island became a shrine of sorts for Buffett and his pals during the recording session. Somewhere along the edge of the volcano, forever hidden in time from a subsequent eruption in 1995, existed a natural freshwater pool. According to Sykes, this is where Buffett and bandmates found a place to relax and enjoy the nature made hot tub, warmed by thermal heat from the volcano. In between recording sessions, and most likely a lot of rum,  this particular swim-spot became the place where the song “Volcano” was born.

Written by Buffett, Sykes and guitarist Harry Dailey, the song—according to Sykes—eventually became a singable hook, then later an actual song, which eventually became the name for the whole album. In the lyrics the phrase “not to worry, mon’ soon come,” according to Sykes, was a phrase commonly used by locals on the island. The album erupted to No. 14 on the Billboard 200 album chart and No. 13 on Billboard Top Country Albums chart. The song itself survives today as one of Buffett’s most popular performed songs at concerts. And anyone attending a Keith Sykes show can also expect to hear an acoustic version of the same song, often with a brief story. 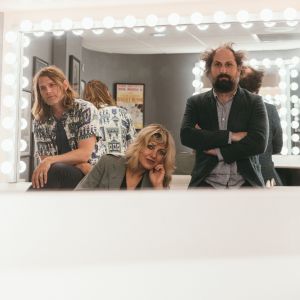 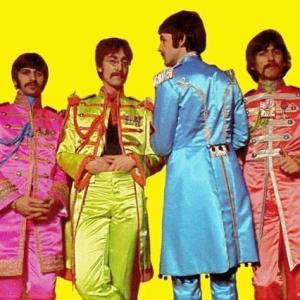