Legendary Irish singer/songwriter Sinéad O’Connor has been hospitalized after a series of scary tweets in the wake of discovering her 17-year-old son, Shane, was found dead after he’d gone missing for several days.

On Friday (January 14), CNN reported that the singer was seeking help amidst one of the most tragic periods of her life after she posted and then deleted a series of tweets.

From an unverified account connected to her own, O’Connor wrote: “I’ve decided to follow my son. There is no point living without him. Everything I touch, I ruin. I only stayed for him. And now he’s gone.”

O’Connor also apparently blamed herself for her son’s passing. As such, she wrote that she was feeling “lost.” She followed that up about an hour later, “I’m sorry. I shouldn’t have said that. I am with cops now on way to hospital. I’m sorry I upset everyone. I am lost without my kid and I hate myself. Hospital will help a while. But I’m going to find Shane. This is just a delay.”

Sinéad O'Connor has just sent out these tweets and deleted her account.
If anyone has or knows a connection to her, can you please seek help. pic.twitter.com/Ju09sl9zXy

American Songwriter reported that Shane had last been reported missing. Said the famed Irish songwriter and performer, He “was the very light of my life.”

O’Connor took to social media in a series of hard-to-read tweets that began this week, talking about her son and the difficult situation. O’Connor posted on Monday (January 6), “This is a message for my son, Shane. Shane, it’s not funny anymore all this going missing. You are scaring the crap out of me. Could you please do the right thing and present yourself at a Gardai station. If you are with Shane please call the Gardai for his safety.”

She followed that up with a number of more messages, expressing her sadness and frustration. “Shane, your life is precious. God didn’t chisel that beautiful smile on your beautiful face for nothing,” she wrote. “My world would collapse without you. You are my heart. Please don’t stop it from beating. Please don’t harm yourself. Go to the Gardai and let’s get you to hospital.

“I want to know why Lynn Ward at Taillight hospital who were supposed to have HCA’s supervise my child 24/7 have managed to let him out of their grasp this morning when 7 days ago he made two severe suicide attempts.

“Like, how has a seventeen-year-old traumatised young person WHO WAS ON SUICIDE WATCH in Tallaght Hosptial’s Lynn Ward been able to go missing??? Hospital of course so far refusing to take any responsibility. Anything happens to my son on their watch? Lawsuits.

“My beautiful son, Nevi’im Nesta Ali Shane O’Connor, the very light of my life, decided to end his earthly struggle today and is now with God. May he rest in peace and may no one follow his example. My baby. I love you so much. Please be at peace:

“26 hours after my son died in the so-called care of the Irish State in the form of Tusla, I have yet to receive any contact from Tusla or their representatives. I was informed by Gardai of my son’s death and later I spoke with the GAL. No contact from Tusla is unacceptable.

“My lawyer received this from Tusla’s lawyer. Can tusla pls finally note my child is not named ‘the remains’. His name is Shane ‘Yes, I’m instructed that your client has been advised that the identification of the remains will take place this afternoon’.

“I have now formally identified the remains of my son, Shane. May God forgive the Irish State for I never will.

“Now tusla want to discuss with me “a media release” no doubt wishing to have me join in their efforts to make this death of my child seem like it wasn’t at the hands of the Irish State.

“Tusla and HSE to release dishonest ass covering statement in response to international questioning. A load of lies,refusals to accept responsibility. Couched as always in the omnipotent and false concern they claim to have for the privacy of the children who die on their watch

“I’m going to take private time now to grieve my son. When I am ready I will be telling exactly how the Irish State in the ignorant, evil, self-serving, lying forms of Tusla and the HSE enabled and facilitated his death. Magdalene Ireland never went away. Ask the youth.

“And any statement out of Tusla suggesting they a) did their best b) care or c) have deepest sympathies for anyone here but their lawyers, is a load of crap trap that has killed too many kids and it isn’t going to wash this time. Too many kids are dying on Tusla’s watch.”

Police confirmed the news of the teenager’s death on Saturday (January 8).

The 17-year-old was missing from Newbridge, County Kildare, and was last seen on Friday morning in the Tallaght, Dublin 24 area, according to reports.

Authorities confirmed to The Guardian, the search for Shane had ended, saying, “Following the recovery of a body in the Bray area of Wicklow on Friday 7 January 2022, a missing person appeal in respect of Shane O’Connor, 17 years, has been stood down.”

If you or someone you know is in need of help, please contact the National Suicide Prevention Lifeline at 1–800–273–8255 or by visiting SuicidePreventionLifeline.org. 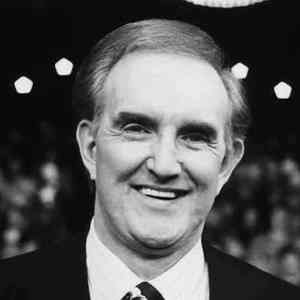 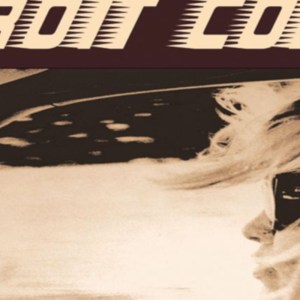