Back in 1978, Jimmy Buffett started visiting St. Barts by boat and eventually settled in the small village of Baie de St. Jean for the winters. Shortly after, his first daughter Savannah, was born in 1979. “We had a house called Maison Blanche, which was at the top of the hill, and I remember her [Savannah] riding down that hill in a mini Moke convertible,” says Buffett. “She was very curious, and liked the air in her hair.”

Savannah’s carefree spirit living on the French West Indies island as a child inspired Buffett to write a song around his daughter’s younger years, all seen through the eyes of her father, on “Little Miss Magic,” a lesser known track off his tenth studio album, 1981’s Coconut Telegraph, and one of 15 tracks Buffett revisits on the upcoming Songs You Don’t Know By Heart (Mailboat Records), out Nov. 20, a collection of little-known, rarely played songs from his nearly 50-year career.

Capturing the sweet innocence of childhood, the new rendition of “Little Miss Magic” deepens the nostalgia-ridden ballad nearly 40 years later with Buffett still faithful to his tender tale, singing Sometimes I catch her dreamin’ and wonder where that little mind meanders / Is she strollin’ along the shore or cruisin’ over the broad savannah / I know someday she’ll learn to make up her own rhymes / Someday she’s gonna learn how to fly / Oh that I won’t deny.

“I think when you write about your children, people probably connect to that,” says Buffett. “I don’t write for myself. I write because I think that as a performer, you’re writing stuff that you project out that you hope will make some connection with an audience and sometimes they will take it home after the show and you’ll connect deeper. Some songs will connect deeper than others, and I think this is one of them.”

Fueled by Buffett’s fans, The Parrot Heads, who first suggested he re-release some rarer songs since he was off the road during the pandemic, Songs You Don’t Know By Heart picked up steam after tens of thousands of fans responded to the question posted on the artist’s social media: “What little-known Jimmy Buffett songs would you like him to revisit?”

Once the top songs were tallied, Jimmy and his daughter, filmmaker Sarah Delaney Buffett, began shooting a weekly video series around each track, with Buffet sharing intimate stories behind each song, most of them rarely performed live in concert.

“The concept was to film dad and give intimate looks into songs and go down memory lane,” said Delaney in a recent interview. “I sat down one-on-one with him and got an unplugged version of these songs. Not only to jog his memory, but also mine to remember the stories he would tell.”

A play on words from Buffett’s first greatest hits album, 1985’s Songs You Know By Heart, a collection of his more well-known tunes, Songs You Don’t Know By Heart comes 35 years later, showcasing some lost treasures with the singer and songwriter revisiting each track, performed solely by acoustic guitar, which was a departure for the the more animated artist.

Produced by Mac McAnally, Songs You Don’t Know By Heart features Buffett’s fellow Coral Reefer bandmates guitarist Peter Mayer, Eric Darken on percussion, and McAnally. Following up Buffett’s latest release—his first in seven years—Life On The Flip Side, released earlier this year, Songs You Don’t Know By Heart features deeper cuts pulled from nearly half of Buffett’s 30 albums, including “The Captain and the Kid,” off 1970 debut Down to Earth, “Delaney Talks to Statues” off 1994’s Fruitcakes, “Chanson Pour Les Petits Enfants” from Volcano, “Tin Cup Chalice,” off Buffett’s fifth album, 1974’s A1A, and A White Sport Coat and a Pink Crustacean‘s “Death of an Unpopular Poet,” among other rarely known tracks.

“The interesting thing about being quarantined and not being out there running at full speed is to do this and look back on these songs, because I forget I’ve been doing this for 45 years,” says Buffett. “I’ve written a lot of songs, and it’s kind of having a little vacation with my former self to play these songs.” 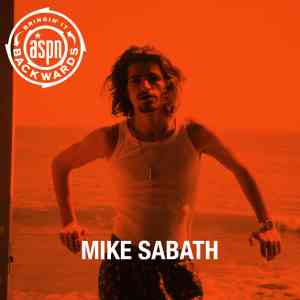 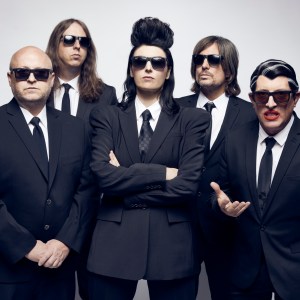