Flash! The room goes dark! Lighting strikes the sky, the bolt visible in the window.

We have a mystery on our hands, folks.

The origin story of the Hank Williams classic song, “I’m So Lonesome I Could Cry,” has been discussed by music fans and journalists now for decades. And while it seems like there’s been a resolution, it might not be so clear.

Music journalist Chet Flippo and Kentucky historian W. Lynn Nickell have each made arguments that a 19-year-old Kentuckian Paul Gilley (more on him later) wrote the lyrics for the song. It’s also thought by some that Gilley wrote another Williams’ hit, “Cold, Cold Heart.” (Gilley is credited in the Morehead State publication, Inkpot, as writing the tune, which may have even been inspired by a basketball referee.)

Gilley, who was paid a sum upfront for the song and the rights (and to not be credited), as the story goes, later drowned swimming in a friend’s pond at 27 years old in 1957, and as legend has it, his very protective mother was shattered by his passing and she burned much of his work in anger.

Williams, though, said he wrote the song. And in a 2014 interview, Mac Wiseman talks about how he and Bill Monroe were present when Williams was writing “I’m So Lonesome I Could Cry” and how both he and Monroe contributed lines to the song.

Yet, Flippo wrote in 1981 that Gilley had traveled to a Nashville bus station to meet Williams to sell him more songs after the success of their alleged partnership on “I’m So Lonesome I Could Cry” and “Cold, Cold Heart.” And Nickell also wrote in 2012 about the mid-1950 bus station encounter. It was thought that Gilley had been paid between $50 and $400 for individual songs, equivalent to about $500-$4,000 per today.

Nevertheless, to the vast majority of listeners, “I’m So Lonesome I Could Cry,” is a Hank Williams tune. He performs it, he brought his signature warble and high-pitched voice to the tune and it’s his now. Published on Halloween—October 31, 1949—and released on November 8 of that year, the less than three-minute song was recorded two months earlier at Herzog Studio in Cincinnati, Ohio.

Williams, who died just a few years later at 29 years old on January 1, 1953, sings with such despair on the song, it was instantly believable and recognizable. The tune was released as the B-side to the single, “My Bucket’s Got a Hole in It,” and it reached No. 4 on the country chart in 1949.

The famed songwriter Bob Dylan, who, in some ways, is Williams’ American successor, said of “I’m So Lonesome I Could Cry” and of Williams, “Even at a young age, I identified with him. I didn’t have to experience anything that Hank did to know what he was singing about. I’d never heard a robin weep, but could imagine it and it made me sad.”

The song’s first line is as classic as any, and the refrain is just emblazoned on the American songwriting consciousness.

Hear that lonesome whippoorwill
He sounds too blue to fly
The midnight train is whining low
I’m so lonesome, I could cry

Did you ever see a robin weep
When leaves begin to die?
Like me, he’s lost the will to live
I’m so lonesome, I could cry

Over time, the song has risen to popularity and many artists have recorded cover versions of the tune, including Elvis Presley, Keb’ Mo’, and Johnny Cash. Check out the original below. 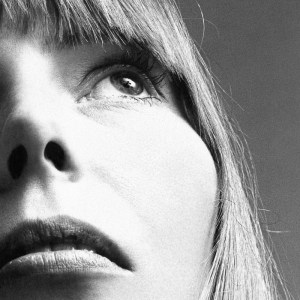 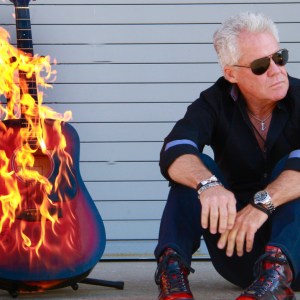