In 2010, the Baltimore-born dream pop band Beach House, which formed in 2004, released one of its most beloved songs to date, “Zebra,” from the group’s third studio LP, Teen Dream.

Written by the duo—vocalist Victoria Legrand and guitarist Alex Scally—the song is ethereal. It drifts as much as it races. Truly, it’s a beautiful composition through and through.

In 2019, nearly a decade after the track’s release, Legrand caught up with the Seattle radio station, KEXP 90.3 FM, and talked about the track in a wide-ranging interview.

When asked, “Do you have a particular intention when you go into a song—say, like ‘Zebra,’—or does the meaning form while in process?” Legrand responded eloquently, highlighting her appreciation for collaboration, especially as it pertained to the writing of “Zebra.”

“Meanings form in process,” the frontwoman said. “Someone can have intention writing a part of a song but the spirit, the story, the identity, the mouth, the face, the colors, the characters, all of that comes with process. And I believe heavily in collaboration. Great things come from collaboration. Alex and I have had a very incredible collaborative career so far in how we work together.

“‘Zebra,’ I can tell you for that song Alex had written most of the musical arrangement and when I heard it, this was another brain looking in on what somebody else had created, and I immediately thought, I had written some things but the zebra imagery kept coming to my brain,” she continues. “It was what I was seeing, the patterns crossing. That comes from the music and how the music ignited something in my mind and my visual imagination. So, I definitely think that process is where you really see things come to life.”

Beach House, which released its latest LP Once Twice Melody (the band’s latest studio record since 7 in 2018) earlier this month, has a long history of writing songs that dive deep into listeners’ souls and spirits and “Zebra” is no different.

In 2010, Teen Dream peaked at No. 43 on the Billboard chart but ever since then, “Zebra” has lived on, garnering now over 2-million streams on YouTube alone.

Later in the interview, when asked about the catharsis songwriting itself offers her as an artist, Legrand again gave a thought-provoking response.

Legrand said, “Yes, it does. But for me personally, the point of catharsis is not immediate because there are many stages of writing. The way that Beach House works, and it’s different every single time, but I would say currently—well, it’s been like this for years, so what am I talking about? Alex and I write differently and we write in different ways and we work differently and we work in different ways. So, for example, Alex will work a little bit everyday.

“I will go days sometimes without working and then have some idea for a melody or lyric or a piano part or something. But the way that things are pieced together can take so much time, or if you’re lucky it can take so little time and it just falls into place and that’s when you have a little gem and you feel really lucky. But I think the catharsis is when you let go of it all in the end and then it becomes this other thing that is no longer yours, it’s other people’s and other people are experiencing it and it has all these new wings and I think that is an incredible moment.

“But, rather than catharsis, I would say there are these sparks and endorphins and epiphanies and things that are very life affirming in the creative process where you do come up with something and it changes the whole trajectory of a song and it makes the song come alive. Those moments breathe so much life and then all of a sudden you’re not thinking about even that you’re a human being. You’re just in spirit and it’s like magic.

“And I think that’s what keeps us working on music because I think that feeling is somehow greater than catharsis. But, I guess, if I look up the definition of catharsis, it would involve going through something and coming out feeling differently than you did before and I guess that is what happens when you create: you’ve worked through something and you’ve come out through to this other clear place.”

Opening with the stanzas below, the song breathes itself into your heart.

You know you’re gold, you don’t gotta worry none
Oasis child, born and so wild
Don’t I know you better than the rest
All deception, all deception from you

Your love is stag in the white sand
Wilderness for miles, eyes so mild and wise
Don’t I know you better than the rest?
All deception, all deception from you 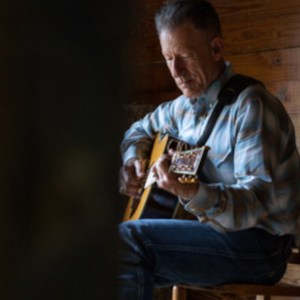 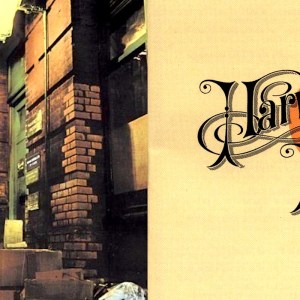