It was a Friday morning and the now-64-year-old Lovett was on babysitting duty, watching his 4-year-old twins. The frantic interjection was because one of them had “escaped” and the legendary Texan singer/songwriter had to chase her down (which he did).

These days, that’s a pretty normal scene. Beginning his journey as a father relatively late in life, Lovett’s found the experience to be rewarding, and when the COVID-19 pandemic hit in 2020, he didn’t mind the opportunity to hunker down and bide the time with his family. “Our pandemic wasn’t quite the same ‘bouncing off the walls,’ stir-crazy time it was for some folks,” he explains. “We didn’t want to risk having any outside help—for our safety and for the safety of anyone who’d help us—so it ended up being just me, my wife, and our kids, which was a wonderful family experience. I always thought I wanted to be a dad, but I had no idea just how much I would enjoy it.”

Nearly 10 years removed from his most recent record (Release Me in 2012), there’s no denying that Lovett finds himself in a different season of life these days. Beyond allowing him some much-appreciated time with his family, the pandemic also necessitated the longest break between live performances he’s ever had. Since he first started gigging on the bar circuit of Texas A&M University in the early ’80s, he’s never taken a pause this long.

Yet, while it might seem like a safe assumption that all those sea changes would elicit a shift in Lovett’s sense of artistry, that would be a bit of a misunderstanding as to who he really is. If anything, these events only serve to reinforce his perspective. Rising to prominence in the ’80s—a decade defined by its love for glitz, glamour, and gaud—Lovett’s no-frills charm and talent have always remained pure, regardless of outside influence. Today, that’s still true.

Lovett’s been ruminating on this exact topic recently, especially as his recording career is reaching its 35th anniversary. First getting his start in the Texas songwriting scene during his college years, he still feels like the same kid who used his credentials as a journalism major at the student newspaper to set up interviews with his favorite artists all those years ago.

“Folks who I was a big fan of would come to Bryan-College Station to play and I would suggest setting up an interview to my editor, which got the ball rolling,” Lovett remembers, reflecting on the earliest days of his career. “It was a wonderful way to just have a conversation with somebody I admired. I was asking questions from an interested point of view in regard to the process. I was truly interested in what it meant to those people to have the kind of lives they had, to pursue their music and writing in the way they did. I was so curious about getting their perspectives.”

Perhaps more consequentially, Lovett was genuinely curious about something else too: how he could apply these artists’ wisdom to his own music-making dream. Talking to names like Nanci Griffith, Willis Alan Ramsey, and more, he learned their stories, paying very close attention to how they were able to leverage their undeniable talents into full-fledged careers as songwriters and recording artists. Arriving in Nashville in the mid-’80s around the same time as fellow country music hopefuls like Garth Brooks and Randy Travis, Lovett set about making those dreams a reality.

But, as we know now, Lovett’s particular style of song-smithing is more akin to a rich blend of country, blues, folk, jazz and, of course, the Texan troubadour tradition—so, he didn’t quite fit into the crowd that would go on to forge the “arena country” dominating the genre to this day. Nonetheless, he had made the right connections (many of the artists he interviewed went on to be his life-long friends) and, before he knew it, he was courting millions of fans with his thoughtful, heartfelt tunes. His debut, self-titled album hit shelves in 1986 and shot up to No. 14 on the Billboard country charts. The rest is history.

Yet, as aforementioned, Lovett still feels like the same artist he’s always been. When asked if his oldest songs have changed meaning or gained any additional significance with age, he paused for a second before chuckling and offering a characteristically to-the-point answer: “No—but I still like them.”

Continuing, he clarified that the songs he’s proudest of still carry the same meaning they did back when he wrote them. “There’s a song off my second album, Pontiac, that’s called ‘Give Back My Heart’ that I made up in the summer of 1975 when I was 17—I still play that song,” he says. “There’s another song on that record called ‘Simple Song’—I made that one up when I was 18. So, I still play those songs, the same way I play the new ones too. I’m just glad people still want to hear them.”

Likewise, even the dramatic evolution in music technology—and the corresponding shifts in the music industry’s economy—have had a minimal impact on Lovett’s craft. Things like streaming services or social media campaigns pale in comparison to the truly important work at hand.

“All that stuff does is affect how you approach the business,” he says. “To a certain degree, you have to pay attention to it—I always thought that being ‘successful’ was just being able to keep doing what you want to do, and in music, that means you have to figure out the business side of things. But none of that affects why you write a song in the first place, it doesn’t affect what you love about music. It’s all just sort of a mechanism for delivery. Does it affect how you think about monetizing what you do? Certainly. But in terms of the way you approach music creatively, it’s a separate issue.

“Playing music—just getting to be on stage with talented musicians—is something that takes on a life of its own,” he continues. “When you’re on tour and you get to walk out on stage, it’s sorta like recess at school. It’s the best time, it’s the point of the day when you just get to do what you want to do and be free. I don’t ask the guys to play the same solos every night, you know? I like standing in the middle of a musical conversation that’s happening right there, right then.”

To that end, the man who rose to prominence in contrast to the glitz, glamour, and gaud around him remains unaffected by those things’ cultural descendants. That unwavering love for music itself remains unaffected too—he verified that in 2019 when he began working on his first new album in a decade. Part of a yet-to-be-named project, the new tracks are due later this year and will prominently feature that magical feeling that only a group of stellar musicians playing in lock-step can conjure.

“I’m real pleased with these recordings,” Lovett says. “I’m always in awe of the people that I get to work with. Over the course of my career, I’ve gotten to work with such amazing musicians and, every time, it’s just inspiring to be around them. Whenever you’re in the room with great players who are focusing their talents on one of your songs, it’s a really uplifting feeling. ‘Sublime’ is a great word for it.”

But don’t mistake the usage of “sublime” as something casual—on the contrary, Lovett’s choice of words alludes to the all-encompassing, almost difficult-to-comprehend power of music when it hits just right. “If you’ve experienced it, then you know what it feels like,” he continues. “In a way, playing music is a selfish act—it’s just fun and it feels great to do. But, even if you’re writing something just for yourself, you hope that other people can see themselves in what you write. It’s not a matter of writing for somebody else, but if you write in a way that’s true enough to yourself, people are enough alike that they can see themselves in it. And ultimately, songs are the reason for that experiment to come together. If you have the right combination of musicians, that sublime chemical reaction can occur—and songs are the catalyst.”

With those new songs on the way and his life growing more rewarding each day thanks to the experiences of fatherhood, Lovett’s got a lot to be thankful for at the moment. Yet, while he’s not opposed to stopping and smelling the roses every so often, he doesn’t let those brief intermissions slow him down. Like he said: when you love music and making it, you just live in that world.

So, when asked what he would’ve told an 18-year-old Lyle Lovett if he had been the subject of one of his own interviews from the A&M days, he had an appropriately “Lyle Lovett” answer. “Oh gosh, I’m not great with that kind of question just because I feel very much like the same person now as I was then,” he says. “I have the same hopes and the same insecurities as that person, especially in terms of wondering whether or not things will work out. I think all you can do, as an artist, is just listen to your own best instincts and follow your best judgment. I wouldn’t say I have any particular wisdom—it all still feels very much like the same thing it’s been since the very beginning.” 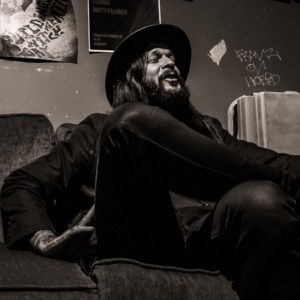 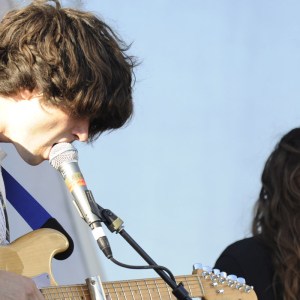