“It’s a long, nerdy road,” says Toadies frontman Vaden Todd Lewis. The story of “Possum Kingdom,” the real story—not the one of legends made up by fans and foes since the song, off the band’s 1994 debut Rubberneck, first came out—was some figment of Lewis’ imagination, saturated in horror, dreams, and all these characters hovering in his mind.

“I’ve always been a big horror fan—the cheesier the better,” says Lewis, whose favorite horror film of all time is the 1987 cult classic Evil Dead II, starring Bruce Campbell. “I was reading a lot and watching a lot of horror, as always,” says Lewis, “and I just had dreams, and I would have lots of these characters from dreams, or whatever I was seeing.”

The story of “Possum Kingdom” starts with the story of a guy lured by a girl into a darker, underworld. “He’s kind of attracted to a girl, and she invites him to this crazy party that’s basically a cult,” says Lewis.

Elaborating more on the song in the band’s documentary Dark Secrets: The Stories of Rubberneck, released around the 20th anniversary of the album, and directed by Toadies guitarist Clark Vogeler, Lewis said that “Possum Kingdom” was also the continuation of the storyline on the Rubberneck closing track “I Burn,” which follows this lone cult member sacrificing and burning himself to reach a higher place then going to Possum Kingdom Lake to find the next person, a partner, to join the cult next.

“I thought it was this wacky story and thought that’s just crazy enough to be cool,” says Lewis. “So I wrote a song, and then I thought well the other guys have music for ‘Possum Kingdom,’ and it tied into the lake because my family is always going out there [Possum Kingdom state park]. It’s this weird, creepy-looking lake with creepy sounds… just over the top.”

Lewis adds, “I was thinking, ‘what is this guy going to do next,’ so he decides to go, and of course, you’d want somebody to hang out, so he tries to lure the next person (a woman) into the cult, and that’s what ‘Possum Kingdom’ is about.”

Filmed in Dallas, the video, the band’s first, directed by Thomas Mignone, spirals deeper into the story of someone longing for companionship. A self-proclaimed audio file first, making videos was an entirely new concept for Lewis and the band when Rubberneck came out, but Mignone helped them capture the more ghostly elements of the tale. Images of a body bag being pulled from the lake, are linked to hacking scenes, but all isn’t what it seems as the video ends on the vision of an ice sculpture of a woman, melting in the sun.

“Working with Thomas [Mignone], we talked about the song a lot and what we landed on was this guy that has this thing of beauty he knows is going to diminish,” says Lewis. “That’s the gist of what he’s trying to do in the song anyway, to make this thing of beauty, and preserve it by destroying it, so that’s where we came up with the ice sculpture. It’s never going to last. It’s fleeting. And it worked.”

Now that nearly 30 years have passed, Lewis, who has rarely explained many of the Toadies’ songs, says it’s about time he shares the real stories behind some of the band’s more obscure tracks like “Possum Kingdom.”

“Once it got out, and I realized people were hearing our stuff, I was like, ‘wow, people are really paying attention now,’” says Lewis of the initial reaction to the song, and its legacy around Toadies, and Rubberneck. “I heard the stories that people started telling me about what the song meant to them and decided at that point, ‘I’m not going to correct them, because that’s just cool.’ I don’t want to rain on the parade of these people who like have these cool ideas about what the songs are about.”

Lewis adds, “It’s really just in the last few years or so that I’ve decided that people might want to know what the song is really about. Still, I’m always reminded that’s it’s just not as cool as what people made up.” 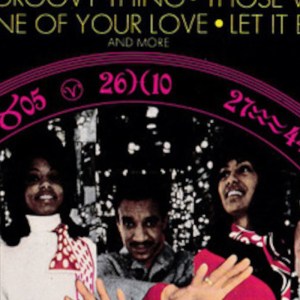 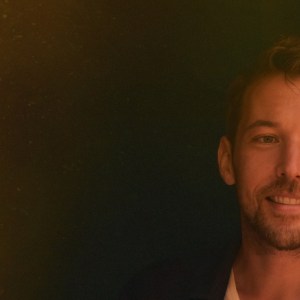