The Toadies will hit the road this fall to celebrate the 25th anniversary of their debut Rubberneck with Reverend Horton Heat in the supporting slot, along with Nashville Pussy, Drakulas, and Frankie and the Witch Fingers on select dates.

To mark the 25th anniversary of the band’s platinum-selling album, the Toadies will play the album in its entirety. “I’ve said it a hundred times, but when we made this record I never expected anything like the reception it received, and am always blown away by the way the fans have kept it going,” says frontman Vaden Todd Lewis. “I can’t wait to get back out there and get loud again. Although, I also have a bit of trepidation built in from being isolated for so long. The guys are all itching to get back out on the road after not playing together for so long.”

Joining the Toadies for every date on anniversary tour are fellow Texas rockers Reverend Horton Heat, who will also play their Liquor in the Front, also released in 1994 and produced by Ministry’s Al Jourgensen, in it’s entirety. Additionally, Drakulas, formed by Rise Against’s Zach Blair and Riverboat Gamblers’s Mike Wiebe and Rob Marchant will support the first leg of the tour with Frankie and the Witch Fingers playing the West Coast dates, and Nashville Pussy supporting the final leg of the tour.

In the past year, Toadies have been busy. The band also released a special Toadies mask benefitting Music Cares. In early 2021, the band released their Dark Secret coffee in partnership with Full City Rooster. This is the band’s second caffeinated release with the Dallas-based roasters. In 2019, Toadies also released their Texas Pecan roast.

Lewis also released the first two lyric comics in a series, in collaboration with artist Lee Davis. “I’ve always wanted to see the stories behind our songs realized in a visual/printed format,” shares Lewis. “It’s very exciting and fulfilling to see these characters come to life. Lee’s illustrations really bring out the macabre dark humor that’s been a big part of my writing style my whole career.”

Technically the 27th anniversary of the Rubberneck, released on Interscope in 1994, the band wanted to mark the platinum-selling album with their first shows since December 2019. “Its scary, exciting—and don’t forget, scary,” says bassist Doni Blair, “but someone has to go out and show people that, because vaccines work, things might be able to go back to some sort of normalcy.”

Toadies guitarist Clark Vogeler recalls seeing the White Stripes following 9/11 and it being one of the most cathartic music experiences he’s ever had.

“It was simply healing to see live loud rock and roll after such a troubling week,” said Vogeler. “I imagine it will be a similar experience for music fans to get out again and see their favorite bands live, just as it will be for me when I get to see my faves again.

Vogeler adds, “As much as anything though, I miss playing music with these three guys and can’t wait to do it again so I’m really looking forward to the tour.” 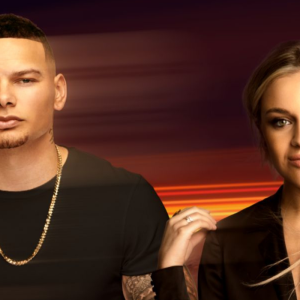