For as long as they’ve known each other, brothers Sean and Robin Pecknold have been influencing each other, for the better. The two, who are five years apart in age (Sean is older), have, in their own ways, been pushing one another towards success—From Robin’s infancy when Sean wanted to play with his new baby brother and Robin copying Sean’s baseball uniforms hand-drawing his own numbers on white t-shirts to look like his older bro, to the two collaborating on music videos for the now-famous Grammy-nominated band Fleet Foxes, which Robin started in Seattle. Sean is driven by Robin’s songwriting, whether he’s working on a new video for Fleet Foxes, or not, and Robin remains forever impacted by his brother’s guidance and decision making. It’s a heartening bond in a world that can forget how crucial substance is over swath, family over fame.

And it’s something the brothers continue to celebrate today, even after the release of Fleet Foxes’ most recent LP, Shore, in September.

“Sean was my idol growing up,” Robin says. “Everything he did, I did. I was five years younger than him, so he was definitely my hero. I would join whatever club he was in or sport he was playing. I would make my own knock-off outfits. But once he went off to college, that was when I was 13 or 14, then it became, like, ‘I’ve got to figure out my own thing.’”

“When I went to college,” he says, “that was like the end of childhood for both of us. But I think it was really good for Robin to have his best friend away for four years. That’s when he really got into writing music. I think that if I would have been home, we maybe would have been stuck in our childhood rhythms around the house. Maybe that loneliness led to some inspiration for some of the early songs.”

It’s obviously hard when your closest confidant and compatriot leaves. But for Robin, who had followed so closely in his brother’s footsteps and who had simultaneously been absorbing more and more of some of the keenest songwriters around, like Bob Dylan and Joni Mitchell, in his burgeoning love of music, he was, in his own new way, now able to let out all that he had taken in after Sean departed. As such, the songs sprung forth.

Those things included a promotional video for the Seattle-based Bumbershoot Music and Arts Festival, which took advantage of one of the demos of an early Fleet Foxes cut. The promo video was a success, so much so, it later landed Sean a more permanent job in New York City. Decades of life together were now funneling itself into creative focus. But another important element was their father, who had significant experience as an editor. He’d worked on mainstream music videos from acts like A Tribe Called Quest, Nas, and Shaggy. And he would bring them home to show his boys on VHS tapes.

“I didn’t have any instincts to be an artist,” Sean says. “But editing seemed rhythmic and musical. But I wasn’t quite going down the music path. When Robin began to write songs, it was like, ‘oh man, that’s so good! I’ve got to do something else!’”

Sean learned some tips from his dad and watched YouTube tutorials for the rest. A lot of it was trial and error, but there was upward momentum. He liked claymation and stop-motion animation. In a way, while his brother conducted bandmates and musicians on instruments, Sean conducted these inanimate objects into a lush visual symphony. As outlets were touting the Fleet Foxes, Sean feasted on the cornucopia of music to create similarly interesting visuals to accompany it. Early standouts include the 2009 video for the song, “Mykonos,” and the 2008 video for, “White Winter Hymnal.”

“The first video, I think it’s okay,” Sean says, “But I know how janky and unfinished it is, it’s really rough. But it was exciting to see people reacting for the first time.”

Like a snowball, all of the attention and affection for the songs and videos created momentum in the brothers. But it continued for several reasons, both because the art produced was skilled and because the two had one another to lean on. Growing up, Robin remembers watching musicals, even dressing up and singing. Their dad liked shows like Oklahoma. Sean liked these too, and as he got older, they both found themselves diving into the rock scene of the Northwest, which included Nirvana and other grunge bands. Robin made mixtapes and they would absorb the tracks. Today, these bonds remain as strong as ever.

“I would sell out Sean for Post Malone at any moment,” Robin says, referencing a bit of recent gossip. “Just kidding.”

“Drop of a hat.” Robin laughs, then gets more serious, “For me, the way things went for the first Fleet Foxes record, it was just so quick. That wasn’t something I anticipated or could have planned for. It really defined the subsequent years of my life, to a huge extent. And I think it’s the inner-circle and keeping family close and how that’s—there was never a period when family wasn’t close.”

Because Fleet Foxes rose to prominence so quickly, there was no scrounging for attention needed, Robin says. It wasn’t a step-by-step, it was more of an elevator right to the top floor, with music as the pulley upwards. Thankfully, Sean was in that tram, too.

“Music gives me energy,” Sean says. “It can lift you up and carry you forward where you need it the most.”

“My favorite thing about music,” Robin says. “Sometimes I’ll hear a song and will be like, this is equivalent to evoking an emotional state that it’s also almost inventing. It’s the equivalent to inventing a new word for something. The song is creating an emotional reality as much as depicting one that’s already existed.” 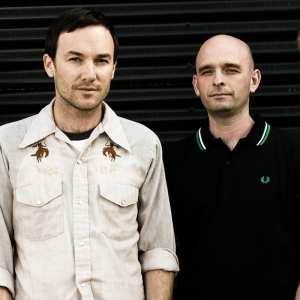 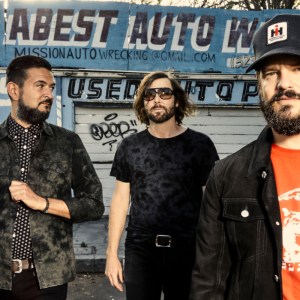