“It’s dark,” Tom said of “Rhino Skin,” which he wrote and recorded for the album Echo in 1999. “It’s dismal and humorous at the same time.”

It was not a hit, and even among his deep cuts is not as well-known as many. Yet it’s a remarkable song, even in his songbook, and is singular for several reasons. The most prominent of which is that it’s the only song he wrote that the entire band and producer – Rick Rubin – all agreed needed revision.

It’s also remarkable because it is so close to the bone for him. It’s a song about his need to develop a thick skin so he could get through life without getting hurt. All of his songs were true, in that he believed in them and they came from a real place. But often they were truth the character, and not his personal truth. “Rebels,” for example, is true to the narrator of the song, but it is not Tom’s truth.

“Rhino Skin,” though, is Tom’s truth entirely. It’s about his own process of learning to protect himself but not taking things so deeply, so as not to be derailed by the judgments and criticisms of others.

Its significance is amplified, ironically, by the fact that so many criticized and judged this song about learning how to endure criticism and judgment.

Because it’s on Echo, often considered his “divorce album” (although Wildflowers was really his divorce album), it’s presumed often that “Rhino Skin” is about the pain endured in love.

And it is. “Love is painful to the touch,” he wrote. “You must be made of stronger stuff.” But it’s also about the other things which are hurtful to humans, with which he ends the song: the “needles and pins, arrows of sin, evils of men.”

It’s about learning how not to get hurt by it all. He said he did not want to be one of those people who is rich and famous and also miserable. But it wasn’t easy ever being an artist in an industry, and in his case a recording artist and songwriter – and having to endure the judgment of others about your work.

This was amplified by the fact that those who used to run the labels because they loved music were replaced by the marketing experts, who knew little about music except for what sold well and what didn’t. It’s bad enough as a songwriter-artist to withstand the judgments of those who know music. But to get it from those guys, especially at Tom’s level, among the most successful songwriter/artists of our time, was painful for him.

Through most of his career, he was well aligned with people at labels who valued and trusted him. But ten years prior to writing “Rhino Skin,” he made his first solo album, Full Moon Fever with Jeff Lynne, who produced it and co-wrote most of the songs. They finished it extremely fast, and it was major artistic leap for Tom, the first solo album, a whole album of powerful new songs, and a whole new sound.

And though it was a solo album, it was never intended as his official departure from the band. He never wanted to break up The Heartbreakers and he never did.

Yet when he delivered the album, the label rejected it. They actually refused to release it.

The reason? Because they “didn’t hear a hit.” Keep in mind they heard “Free Fallin’,” which became his most famous song ever. It’s a song that millions loved immediately, and still do. Yet these guys at the label heard it and didn’t think it would do well on radio.

Sure, everyone makes mistakes. But this decision by these execs was unanimous.

“Free Fallin” was not the only hit they heard but dismissed. The album, when it was eventually released months later, had not one but five hits. There was also “Running Down A Dream,” “A Face In The Crowd,” “Yer So Bad” and “I Won’t Back Down.”

So Tom was proved right in his estimation that the album was, at least, worth releasing. Yet still he had to endure the judgment that this joyful album was unworthy. And that wasn’t easy for him. He didn’t take this lightly. He didn’t take anything lightly, which is what “Rhino Skin” is all about.

That is the most extreme example of the times he had to fight the industry, but not the only one by far. Such battles within one’s profession are always tough, but Tom was a tenderhearted man – a songwriter, after all – and these judgments hurt deeply because they weren’t about some business disagreement. These were about his songs, and his music. He took these personallly because they were personal, and why being a songwriter isn’t easy. Songs are not disconnected from a songwriter, they are his expression. And when you’re both the singer and songwriter, that criticism is about you. That rejection did set him back for a few months, and it depressed him a lot. He mentioned more than once how hard it was for him to get through this.

Yet he was not derailed. It didn’t stop him for long. After Full Moon Fever came many of his greatest albums, including Wildflowers.

But this is the truth that is at the heart of “Rhino Skin” – his need to develop a thick skin so as not to be wrecked by such stuff. And given that them, it made the reaction to the song troubling, and also ironic. That in this very song about the artist’s need to withstand criticism, they all gave him a hard time about one line. They were unanimous in this opinion. Not one of them considered that when it came to songwriting – about use of a specific lyric in one os his songs – maybe he was the best judge. He was the guy who made all the right choices about the songwriting from the start.

But as he wrote, it can get hurtful here. Just to walk through this world, he wrote, let alone making art in it, can be tough, as he explained in this passage from an interview conducted for Conversations with Tom Petty

TOM PETTY: There were some people in the group that thought the ‘elephant’s balls’ line was offensive. I didn’t find it offensive at all. Rick [Rubin] couldn’t stand it. He wanted me to take it out.

And then on one evening, one by one, the whole group came up and said, “You ought to change that line. It cheapens the song.”

And I got kind of intimidated by it. And I tried. I tried taking it out and it didn’t sound good to me. I couldn’t come up with anything better. So I just said I was gonna leave it in because that’s the way I sing it, it sounds right to me, and I don’t think it’s offensive or anything. And they couldn’t tell me why he felt it was offensive.

But in the end I’m glad I left it there.

I agree. It sounds like something a guy would  say to another guy after having had a few drinks in a bar.

That’s what I thought! “You need elephant balls if you don’t want to crawl. . .”

I just thought it was a conversational line. I’m glad you got it that way. 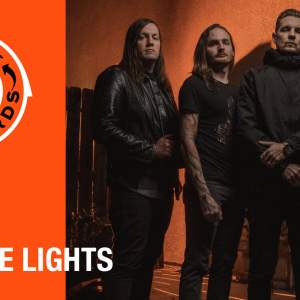 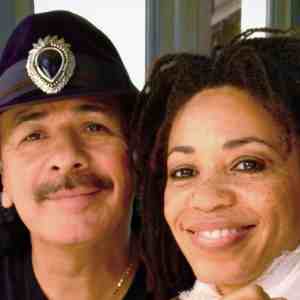