Out of Slavery: Two takes on the origin of “Swing Low Sweet Chariot”

In recent years, reports of historically black colleges (HBCs) struggling to stay afloat have become commonplace. Concerning as these reports are, the phenomenon is not new. In 1871, just five years after its founding, Fisk University, a prominent HBC located in Nashville, TN was, for lack of funds, facing the prospect of closing its doors. Given the institution’s dire financial straits, Fisk’s Treasurer and Music Director, George L. White, floated an intriguing idea: Why not send a group of students out across the nation to sing and raise funds?

Unconventional as the idea was, it worked—far better than anyone could have imagined. Traversing the nation and then the globe, the Fisk Jubilee Singers became a worldwide sensation, raising money for the college and popularizing spirituals like “Swing Low Sweet Chariot” along the way. In fact, the first recording of “Swing Low Sweet Chariot” was made in 1909 by the Jubilee Singers.

Of course the history of “Swing Low” precedes that recording, and even precedes the commercial recording of music. Its origins lie in the antebellum South, during a time when African-Americans were shackled in chains and sold as chattel, and Native Americans weren’t treated much better.

In 1830, more than three decades before the Civil War began, Congress passed the Indian Removal Act, which laid the groundwork for the removal of Native Americans from their ancestral homelands to reservations west of the Mississippi. The Choctaw people, the largest Indian group in Mississippi, were some of the first to set off on the notorious Trail of Tears.

Though the horrors of the Trail of Tears should not be minimized—of the approximately 60,000 Native Americans removed from their land an estimated 14,000 died in transit—not all experienced the Trail of Tears in the same manner. While some struggled on foot, their meager possessions hoisted on their backs, others rode on horseback, their African-American slaves trailing behind them, doing their bidding.

Whether Wallace Willis, the man who is generally credited with authoring “Swing Low Sweet Chariot” trod the Trail of Tears behind his Choctaw master is debatable. Like some slaves owned by Choctaw, he may have been shipped to Oklahoma by boat. What is not debatable is this: Wallace Willis, a Negro slave born in Mississippi and owned by Britt Willis, a Choctaw, was forcibly moved to Oklahoma.

In Oklahoma, Mr. Willis was leased by his master to the Spencer Academy, a school for Choctaw boys established by Euro-American missionaries intent on educating and assimilating Native Americans. When not bowed before the scorching sun and tending the school’s cotton fields, Mr. Willis and his wife, known to history only as Aunt Minerva, lived on the edge of campus in a wood cabin overlooking a small, bending river. In the evening, the couple often sat outside singing “Swing Low Sweet Chariot,” “Steal Away to Jesus,” and other spirituals.

The superintendent of the school, Reverend Alexander Reid, was said to enjoy the couple’s songs so much, he often directed them to sing for the school’s students and visitors. In fact, he was so enthralled by their songs that when asked how he liked the songs performed by the Fisk Jubilee Singers in a Newark, New Jersey show he attended in 1871, he quipped, “Very well, but I’ve heard better ones.”

The questioner, George L. White, treasurer and music director at Fisk, was taken aback. According to Robert E. Flickinger, superintendent of another Choctaw school in Oklahoma, not long thereafter, Reverend Reid met White and the Jubilee signers in Brooklyn with transcribed versions of a number of Mr. Willis and Aunt Minerva’s songs in tow, “Swing Low” amongst them.

As compelling as this story may be, it raises a number of questions. One might ask why history has tended to designate authorship to Wallace Willis rather than to his wife Aunt Minerva or to the couple jointly? Perhaps the designation is the result of historic misogyny—misogyny at the time of the song’s inception and in the subsequent historic scholarship. Perhaps it’s the result of evidence that at one point existed but has never found its way into the historic record. With the historical record offering no clues, we can only speculate.

But that is not the only question raised by this account. Some historians question Willis’s authorship more generally, suggesting that he may have heard the song in Mississippi in his youth. Others wave away these idle musings with impatient condescension. And why? Because there’s a completely different origin story for “Swing Low”—a story that has nothing to do with Wallace Willis, Aunt Minerva, Mississippi, or Oklahoma. First circulated by John W. Work, Jr., member of the Fisk Jubilee Singers, this alternative version begins on a plantation in Tennessee. 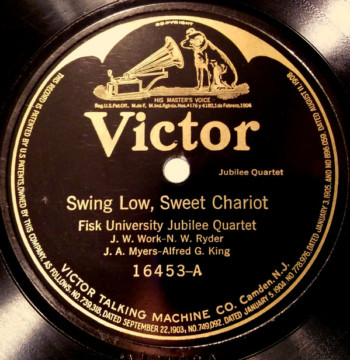 According to Work, it was there that Sarah Hannah Sheppard gave birth to Ella Sheppard, choirmaster of the first Fisk Jubilee Singers. Not long after Ella was born, Mrs. Sheppard learned that her master intended to sell her downriver and thereby separate her from her child and family. In horror, she ran towards the nearby Cumberland River, intent on drowning herself and her baby Ella. But before she reached the water’s edge an older slave woman stopped her. She said, “Wait, let de chariot of de Lord swing low, and let me take one of de Lord’s scrolls an’ read it to you.” In his 1915 book, Folk Song of the American Negro, Work suggests the old woman went on to prophesy thusly: “God’s got a great work for dis baby to do; she’s goin’ to stand befo’ kings and queens. Don’t you do it, honey.” As a result of the old woman’s intervention, Mrs. Sheppard spared Ella’s life.

According to Work, this story and the subsequent song, “Swing Low Sweet Chariot,” were “passed from mouth to mouth” until the song evolved into its current form. He adds that the old woman’s prophecy was fulfilled, as “After the war, the baby girl [Ella Sheppard] entered Fisk University and was a member of the Original Fisk Jubilee Singers, who stood before kings and queens.”

The origins of “Swing Low” may be hazy, but like all spirituals it speaks clearly—to the strength, longing, and faith of men and women forced into bondage by their fellow men. 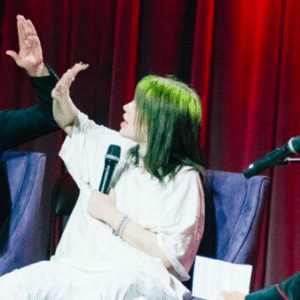 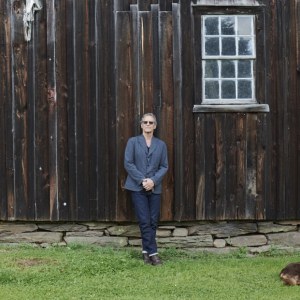