When Dirty Dancing hit the screens more than 30 years ago, the romantic dance drama forever solidified itself as a cult ’80s film. Equally as memorable as Patrick Swayze and Jennifer Grey choreographed moves were its two main tracks from the 1987 film, “(I’ve Had) The Time of my Life” and “Hungry Eyes,” both written by John DeNicola. Now, the songwriter and producer, has ventured back into his own music, singing the songs he wrote—and some new tracks—on his debut solo album The Why Because.

Already packed with a heavy-loaded songwriting and production track record—Eddie Money, John Waite and Maroon 5 in their early days as Kara’s Flowers—DeNicola interprets some of the classics he has written throughout his 40-year career on the new album.

Mellowing out “Hungry Eyes,” originally sung by Eric Carmen for Dirty Dancing, DeNicola took the rapturous track for a synth-y spin. “I was speaking with my son Jake (drummer and founding member of the rock band Fovea), about how to do ‘Hungry Eyes,’” says DeNicola, who tapped a Roland Juno 106 synth, coincidently the same keyboard he used to write the hit song back in the 1980s, for the recording. “He mentioned that a few indie rock bands right now are doing a modern take on 80’s synth pop. So, I approached it with a modern version of 80s synth pop in mind.”

Surprisingly, “Hungry Eyes” was originally written for long-time collaborator Franke Previte—DeNicola played bass for Previte’s band Franke and the Knockouts— to sing before it found its way on the film’s soundtrack.

DeNicola took a gentler spin on the Bill Medley and Jennifer Warnes crooned “(I’ve Had) The Time of My Life,” stripping it down with an acoustic and bass section along with singer Cassidy Ladden on backing vocals.

“How do you do “The Time Of My Life”?” DeNicola tells American Songwriter. “It’s an iconic song sung by really, really great singers, and it’s up and very exciting. [I was] always a fan of Bill Medley from his great songs with The Righteous Brothers and Jennifer Warnes, so I had to think hard and long whether to even include it on the record.”

Revisiting another soundtrack, Previte and DeNicola, who co-wrote “You’re the Only One,” originally featured in the 2002 Sylvester Stallone film Avenging Angelo, DeNicola stuck to the track’s basic parameters giving off more easier listening pop. “I always had, in my mind, how I wanted to hear the song, so when I recorded it for The Why Because I added a string and horn section.” DeNicola’s longtime friend, composer Jimmy Yaeger (Ozzy Osbourne, Cyndi Lauper), who recently passed away, did the orchestration for the track.

On The Why Because, DeNicola also taps into John Waite’s 1995 Temple Bar track “In God’s Shadow” and the Vitamin C song, “All in the Hands of Grace,” from the 1997 film St. Patrick’s Day. Pulling together the remainder of The Why Because and more of the original tracks happened easily for DeNicola with the exception of “Wait,” which he says fell more in the vein of One Direction when he first started demoing it. “Once I found the retro R & B feel for it it came out a little easier. It was probably the hardest one for me to sing as well,” says DeNicola. “Once I started the ball rolling and realized I wanted to do my own record, the songs and tracks came to me pretty fluidly.” 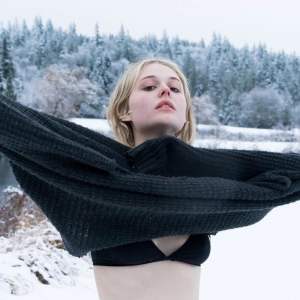