Recorded in 1993 prior to the Springsteen production
of American Babylon,
by Joe Grushecky & The Houserocker
which features two co-writes by Joe & the Boss

October 29 is the release date for  the expanded 25th Anniversary Edition of Joe Grushecky and the Houserockers legendary album American Babylon.  It’s a powerful and historic album, due to Grushecky’s alliance with Bruce Springsteen, who produced the original album, and performed on it.

Joe & his band, the Houserockers (originally the Iron City Rockers), were a beloved Pittsburgh bar band who had played all over the Northeast. The son of a coal-miner, Joe remains one of Pittsburgh’s most beloved natives, similar to how Springsteen has been sanctified in all of New Jersey, and with good reason. Joe had been rocking through the Northeast for 20 years before befriending The Boss.

Back in 1993, Bruce was entertaining the idea of producing Joe’s next album, and invited Joe to come by his L.A. home and play some of the new songs. Joe played “Chain Smokin ‘” first. Bruce loved it, as he did all the new songs Joe played him.

But “Chain Smokin’’ was the first. To explore their chemistry in the studio and even kick things up several notches, Bruce invited him to meet up back in the Northeast at Bruce’s little studio in Colt’s Neck, New Jersey, Thrill Hill Studio.

It was on October 25, 1993, that Joe and Bruce met at the studio and got to work. Both Joe and Bruce are longtime studio cats, who could easily play guitar, bass, percussion, keys and sing vocals all on their own. Together, though they had no real plan in mind, they quickly recorded a demo of “Chain Smokin’’ together. They both played all the instruments (although who played which is undocumented).

It sounded so great, and was so fun to create, that they jumped on that energy, and did more. Suddenly the entire album was being produced by Springsteen. They agreed to do the entire album, to which Bruce even co-wrote two of the songs with Joe, “Homestead” and the album’s opener, “Dark and Bloody Ground.”

Now comes the release of the 25th anniversary edition of this landmark album, expanded to include that original demo of Joe and the Boss, just the two of them, rocking out thoroughly together on “Chain Smokin’.”

In advance of the album’s release on October 29, that demo was released to remind people of this rocking alliance between Joe and Bruce. We’re happy to share it with you today, the Springsteen-Grushecky duo’s rocking Thrill Hill demo of “Chain Smokin’.” 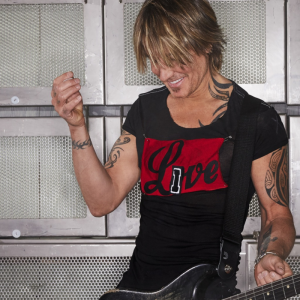 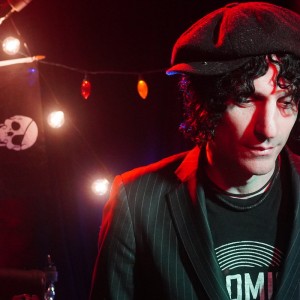