Few fiddle tunes are as irresistible as “The Devil Went Down to Georgia.” Arguably The Charlie Daniels Band’s most identifiable hit, the fiery fiddle-bound story song serves as a staple to their 1979 studio album, Million Mile Reflections, and depicts a man named Johnny going head-to-head with the Devil himself.

“The Devil went down to Georgia / He was lookin’ for a soul to steal / He was in a bind ’cause he was way behind. He was willing to make a deal,” the first stanza cracks open the devilish bluegrass number. Charlie Daniels’ voice mixes from straight forward recitation to more melodic stretches, further accenting the song’s rich musical fusion.

“When he came across this young man sawin’ on a fiddle and playin’ it hot / And the Devil jumped upon a hickory stump and said ‘Boy, let me tell you what,’” he continues to unravel the dark fable.

Unbeknownst to Satan, Johnny plays a mean fiddle and ultimately surpasses any kind of talent or gift he might possess. “Johnny, rosin up your bow and play your fiddle hard / ‘Cause Hell’s broke loose in Georgia and the Devil deals the cards,” the chorus runs in more clean lines. “And if you win you get this shiny fiddle made of gold / But if you lose the devil gets your soul.”

“The Devil Went Down to Georgia” barrels full-steam ahead, never losing energy or lyrical precision. There’s a particular poeticism to the story, as it deals with themes of greed, self-assurance, and one’s ability to defy all odds. It’s not too surprising the song is loosely based on a poem Daniels once read in high school called “The Mountain Whippoorwill” by Stephen Vincent Benét, also famous for “The Devil and Daniel Webster” and the Pulitzer Prize-winning “John Brown’s Body.”

“[Stephen] didn’t use that line, but I started playing, and the band started playing, and first thing you know we had it down,” Daniels told Songfacts back in 2007. “It’s an old fasty, and it’s been done a bunch of times. But we had rehearsed, written, and recorded the music for our ‘Million Mile Reflections’ album, and all of the sudden we said, ‘We don’t have a fiddle song.’ I don’t know why we didn’t discover that, but we went out and we took a couple of days’ break from the recording studio, went into a rehearsal studio, I just had this idea: The devil went down to Georgia.”

Musically, Charlie Daniels owes immense credit to fiddler Vassar Clements, whose initial iteration of the melody is found in “Lonesome Fiddle Blues,” a cut from his 1975 self-titled full-length. When it comes to “Devil,” however, Daniels and bandmates took it up an octave and laid their hellfire and brimstone lyrics on top. What results is handily one of pop music’s greatest moments.

Later, Johnny and the Devil swap fiddle solos, each displaying their talents with some sizzling, high-octane fiddling. The solos are vastly different; the Devil’s leaning erratic and clunky, while Johnny’s has a more distinctive, melodic through line. Daniels explained, “The Devil’s just blowing smoke. If you listen to that, there’s just a bunch of noise. There’s no melody to it. There’s no nothing. It’s just a bunch of noise. Just confusion and stuff. And of course, Johnny’s saying something. You can’t beat the Devil without the Lord. I didn’t have that in the song, but I should have.”

Avid fans are fully aware the legendary band has numerous other hits, but none have quite penetrated the public consciousness quite like this one. “It’s kind of our signature song,” Daniels observed to News-Press in 2008. “I have other songs that are just as good. They just didn’t capture the imagination of the American public as much.”

The song reached No. 3 on the Billboard Hot 100, as well as the summit on the country charts, and has become an undeniable classic. At the 22nd Grammy Awards, “The Devil Went to Georgia” snagged the golden gramophone for Best Best Country Performance by a Duo or Group with Vocal ─ beating out The Bellamy Brothers, Larry Gatlin & the Gatlin Brothers Band, Kenny Rogers & Dottie West, and Willie Nelson & Leon Russell. 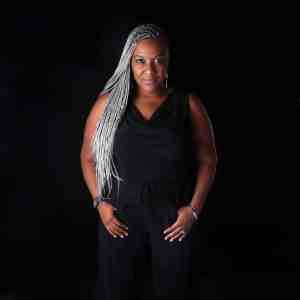 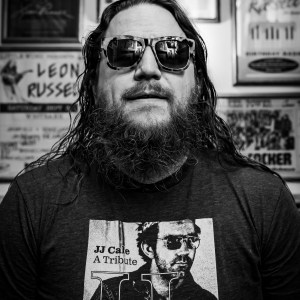