Charlie Daniels wished he would have rearranged the lyrics from the start. In the original version of “Long Haired Country Boy,” a cut from the band’s 1974 album, Fire on the Mountain, he makes reference to getting “stoned in the morning” and “drunk in the afternoon” in the very first verse. With a Christian background, he soon felt the song didn’t quite suit his beliefs.

“I did that very tongue-in-cheek,” he told Songfacts in 2007 of the original lyrics, “but things got so serious.”

It was then 1974, and a hotbed culture of drug use permeated much of rock ‘n roll culture, as well as that of country music. “And things have gotten so serious, and it’s such a big problem with drugs and alcohol with kids, and it just went against my Christian feelings to actually do anything that somebody could construe with being promoting that lifestyle, or those things, the alcohol and drugs,” he further explained. “And yet the song was such a big part of our repertoire and was always just a popular song for us to do.”

He later began swapping out those drug references with “I get up in the morning / I get down in the afternoon.” It means “the same thing,” he noted. He then actually removed the song from their sets altogether. “I did quit doing it for a while. I just quit doing it at all. People kept wanting it, and I felt I could put it back in, so I changed the line. I wish I had done that to start with.”

“Long Haired Country Boy” means much more than a fleeting drug reference. “Preacher man talkin’ on TV / Puttin’ down the rock ‘n roll / Wants me to send a donation / ‘Cause he’s worried about my soul,” Daniels remarks on the second verse, referencing the growing claims of rock and roll music as “the devil’s music.”

“He said, ‘Jesus walked on the water’ / And I know that it’s true,” he continues. “But sometimes I think that preacher man / Would like to do a little walkin’ too.”

While not inspired by any one experience, Daniels took his emotions at the time and fused it into a plaintive mid-tempo track. “It was just kind of the way I was feeling at the time. I remember [writing] the song. I sat down, and my wife Hazel was doing something in the kitchen,” he recalled. “I was sitting there with my guitar, and I started doing this song. I said, ‘What do you think it is?’”

“Long Haired Country Boy” was initially released as a radio single in 1974. Six years later, it was re-released and became a moderate hit, achieving a No. 27 place finish on Billboard’s Hot Country Songs. 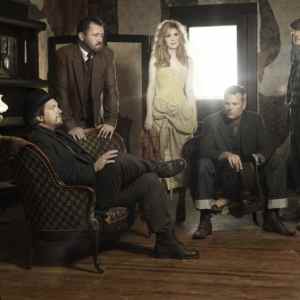 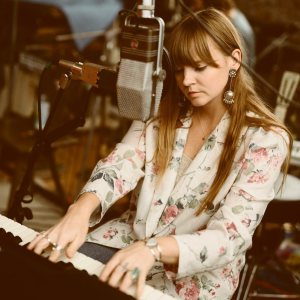