For him, no other record compares to “Alameda” by the late Elliott Smith

John Paul White grew up in tiny Loretto, Tennessee, and now lives in Florence, Alabama, in fairly close proximity to Muscle Shoals. He’s made his way in Nashville for decades, first as a songwriter and then half of The Civil Wars, the groundbreaking and Grammy-winning duo that parted ways in 2012.

Because The Civil Wars were not easily definable, he’s got fans among all kinds of music lovers, from folkies to indie dudes to country and beyond. Asked if he’d feel okay if critics wrote about his most recent album The Hurting Kind and called it country, he said, “Well that doesn’t scare me in the least,” he says. “As a matter of fact, it kind of thrills me.

We asked him to name one record that mattered more in his life than any other. It required no thought. He knew there was only one record in his life that qualified. It was “Alameda” by the late Elliott Smith, from his album Either/Or.

“I grew up with my dad’s records,” said White. “At Folsom Prison [by Johnny Cash], ‘Sing Me Back Home’ by Merle Haggard and ‘Heartaches By The Number’ — country classics.

“In the car with mom, it was all Top 40. My friends in high school educated me on Ozzy, Metallica [and] Black Sabbath, Southern rock [and] the sweet soul music of my forebears in Muscle Shoals.

“Later, I finally got caught up on The Beatles, by way of [Electric Light Orchestra]. Don’t ask.

“Then I heard Either/Or. It was by a strange tangent; a friend I was working with in the studio mentioned going for ‘that Elliott Smith snare sound.’ I had no idea what he was talking about, and I said so.

“He gasped, stopped the session, sat me down in front of the console [and] cued up ‘Alameda.’

“From the beginning of the track, I instantly knew the snare he was referencing. It was comically bad. Recording 101 bad. And perfect. Impossible to ignore, slapping you upside the head, forcing you to move out of its path and back in again. Hypnotizing. Mesmerizing.

“Then the voice. Double-tracked and hard-panned (so it seemed). It was my turn to gasp. I’d never heard anything like it. Fragility, power, fear, courage. Beauty.

“We made it to the end of the first chorus: ‘Nobody broke your heart. You broke your own ’cause you can’t finish what you start.’ I had to pull out of the nosedive. I asked him to stop the track and literally had to take a deep breath.

“My friend just laughed, and handed me the record. It didn’t leave my player for at least a year. No record before or since has moved me so instantly, and lastingly.

“It has everything — pop sensibilities, dark and light themes, unique chord progressions, and melodies that keep you guessing and wanting more. It pulled from all my heroes, and I have to think we grew up listening to a lot of the same things.

“His musicianship is unparalleled. In his voice I could hear his anguish, but to me it never sounded like ‘pity me,’ it sounded like, ‘This is how I cope.’ That clicked in every way imaginable for me. And then he was gone. 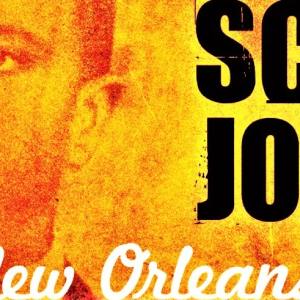 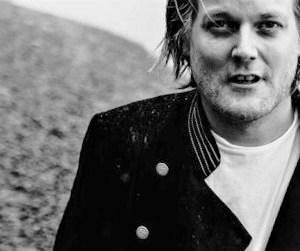