Shelly Peiken ground her teeth as a songwriter for nearly a decade before her first major hit—Meredith Brooks’ “Bitch”—was released in 1997.

“Right before ‘Bitch’ I felt like everyone around me was getting lucky, having hits, except for me,” Peiken tells American Songwriter in an interview featured below. “I survived (financially and spiritually) on ten full years of ‘album cuts’ before my first legitimate blow-out single. There were times I thought seriously about going back to waiting tables. And right when I was about to throw in the towel… bam! It’s all about letting go. No expectations. Not watching the kettle.”

Now Peiken considers that first decade of her career invaluable: “Looking back, I realize how lucky I was not to have had a hit right away. Because for ten years my craft got tighter and tighter. Whereas if you have success too quickly, on a lark perhaps—before you really do all the work—there’s a good chance it won’t last.”

“Bitch” climbed the charts upon its release and earned a pair of Grammy nominations, but it also kicked Peiken’s songwriting career into high-gear. Following Brooks’ 1997 album Blurring the Edges, Peiken went on to write or co-write tracks for the likes of NSYNC, Christina Aguilera, Backstreet Boys, Britney Spears, Miley Cyrus, Smash Mouth, Keith Urban, Cher, and Gladys Knight—the list goes on and on.

Now Peiken is gearing up to release her debut album as a singer-songwriter. She’s already shared “Just Wanna Be Your Girl,” “George & John,” and “Notebook,” plus her own version of Aguilera’s “What A Girl Wants.” The full album—called 2.0, etc…—will arrive later this year.

We caught up with Peiken over email about co-writing “Bitch” with Brooks, quarantining in Laurel Canyon, and challenging herself “to be inspired, willing, open, determined, prolific, clever, persistent, [and] passionate.” Check out the full interview and revisit “Bitch” below.

American Songwriter: Can you walk us through a typical day in the life of Shelly Peiken?
Shelly Peiken: Wow. My answer to this is totally different than the one I’d give you if you’d asked me three months ago. Currently, I wake up and focus on what day it is. What month it is. I lay in bed and ponder the situation and challenges that all songwriters/artists are faced with right now: like… do I really want to do another live stream? Living room performances were novel weeks 1-4 of sheltering. Now I feel like everyone’s inboxes are being flooded with invitations. So, if I do another (and I most likely will) it better be good! Special. And personal!

Getting on with my day… coffee, protein shake, work on my weekly blog, exercise is a must for my body, soul and creative flow. It’s either yoga or an outdoor run. The more I move and get the blood flowing the more inspired I am.

As much as I thought I’d be co-writing over Zoom, I’ve found it not to be something I’ve taken to. I much prefer human energy in the room with me when I collaborate. So, I’ve been re-connecting with my first ever co-writer—myself!—and have really been enjoying her company. Not to mention the streamlined process when there’s nobody there to disagree with you.

I’m eating well and to be honest, having a few more cocktails than usual.

When and where did you and Meredith Brooks write this song?
Mer and I wrote “Bitch” in a small spare bedroom in my first Laurel Canyon home. It was on the same block (only a few houses away) where Anne Preven lived, one of the writers of Natalie Imbruglia’s “Torn.” I think there was some magic on that block.

What inspired the song?
I was driving home from a late-night session in a horrid mood, thinking about how long I’d been at it and ‘What if I never have a hit song?’. I stopped at a red light, blew a couple of smoke rings out the window and thought to myself, “I hate the world today.” And then my eyes widened and I knew I was on to something.

Can you tell us about your experience collaborating with Brooks on this song? What was the dynamic like?
Usually when I co-write with an artist, I try to help them say what they want to say—put into words what’s on their mind. But I knew enough about Meredith (a fellow Gemini) to know that she too felt like a complicated woman with many opposing (or perhaps complementary) sides to her personality, just like me. We keep life (and love) interesting, especially for the man who chooses to be in a relationship with us. So, in this case, the song was really about her and about me.

She had an acoustic guitar in her lap and I was secretary. We volleyed the lyrics back and forth like a ping pong ball. It was invigorating extremely satisfying reciprocal Songsex.

How would you describe the song as a music fan?
I’d say—like many fans of the song have said—“It’s my anthem!” It validates my complexity and calls it like it is!

How much or how little did you edit it, during or afterward? Were there any phrases or lyrics you can remember that were especially tough to make a final decision on?
“Bitch” slipped out of us like a baby past its due date. The only line that was holding us up was the very last line of the chorus: “I/you wouldn’t want it any other way.” Funny, sometimes the last line is the most stubborn. It can strike you out or hit loaded bases into home. After Meredith left my house, she called from the road… very excited to report she got it! To be honest I wasn’t sure about that line. But I have to hand it to her… I was wrong! It was the perfect sum up!

How did it wind up getting cut and becoming a single?
If I remember correctly Meredith went straight from my house to the studio of Geza X (a fellow canyon dweller). She was so excited and didn’t want to lose energy or clarity. They recorded a demo that became the record with little or no changes. Maybe some fairy dust on the mixing.

What do you enjoy most about writing songs in general?
I enjoy the challenge of taking a universal concept—a widely held emotion or point of view—and writing about it from a unique [angle] all within a three-minute [and] 30-second-ish window. It’s like a crossword puzzle slowly revealing itself.

The business on the other hand has changed. It’s more crowded and competitive than it was when I was coming up—before technology made it possible to pursue a career as a songwriter even if you weren’t a conventional musician or a self-contained poet. It also used to be more realistic and productive to pitch songs to artists who weren’t involved in writing them. There are many reasons this is no longer necessarily true. It’s too long to get into here. Please read my book, Confessions of a Serial Songwriter.

Is there a particular period or moment in your career when you were faced with adversity or doubt and had to dig deep to stay the course?
Yeah. Right before “Bitch” I felt like everyone around me was getting lucky, having hits, except for me. I survived (financially and spiritually) on ten full years of “album cuts” before my first legitimate blow-out single. There were times I thought seriously about going back to waiting tables. And right when I was about to throw in the towel… bam! It’s all about letting go. No expectations. Not watching the kettle.

Do you have any advice for aspiring or newly professional songwriters?
Looking back, I realize how lucky I was not to have had a hit right away. Because for ten years my craft got tighter and tighter. Whereas if you have success too quickly, on a lark perhaps—before you really do all the work—there’s a good chance it won’t last. So, hang in. And remember that the journey, however long and hard, is necessary. 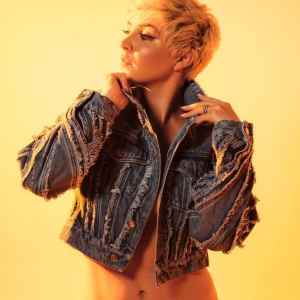 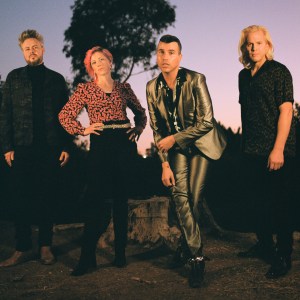