Portland six-piece Black Prairie – which began as a side project for members of The Decemberists – have announced a release date for their third full-length record. Fortune will be released on April 22 via Sugar Hill Records.

We’re excited to premiere the lyric video for the album’s first single, “Let It Out,” an energetic folk-rocker that finds the band channeling the music of a certain 1970s juggernaut.

“”Let it Out” was written after listening to some later era Led Zeppelin (Coda, Physical Graffiti) thinking the record could use one more peppy number,” an excited Chris Funk tells us via e-mail. “Oddly it ended up having a drum solo in the middle of it — we still aren’t sure why. We wrote and recorded this album faster than anything we’ve been a part of.

“We rehearsed the songs for the first time a few days ago as we are ramping up for a few dates with Amos Lee. The drum solo came around and we all started looking at each other, but not the kind of look that felt like, ‘What were we thinking?”, but more of, ‘Now that just kicked ass!’ The ending violin solo (and drums) tag may be the greatest musical ending since Zeppelin called it quits, if I may say so. . . a true exclamation point.

“Lyrically, the song addresses a long term relationship,” says Funk. “Specifically its valleys and peaks, and how a partnership is either moving forward or backwards, never stagnant or balanced, despite those moments where one thinks they have it ‘all figured out’. . . how much work it can be and hopefully not fucking it up.

“Going further, reflected in the chorus chant and outro, at times you just have to stop thinking about it and over analyzing and just enjoy yourself and your lover, not be too heady and ‘bleed it out.’ Let the day’s tide roll in and evacuate thought. Alcohol usually helps in all of this, and on that note, I’d like to mention we are accepting licensing offers from all adult beverage companies on this one.” 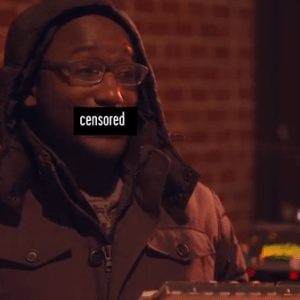