If you would have told Eric Burton even three years ago that he’d be a Grammy Award nominee, he wouldn’t have believed it. “It’s fucking wild,” he says with a laugh, the deep-chested kind. Alongside guitarist/producer Adrian Quesada, the duo known as Black Pumas went from zero to 180 in a blink of an eyeㅡor so it seemed. “The last few years have been very rooting: losing things, gaining things, and seeing myself for who I am and where I amㅡand being OK with that,” he muses.

Off the heat of their debut record, a self-titled project issued in 2019, Burton and Quesada, a previous Grammy darling with his work in Latin funk band Grupo Fantasma, landed a single nomination in 2020 for Best New Artist and then a trio of nods one year later, including Album of the Year and Record of the Year (for the newly-minted Top 10 hit “Colors.”) Road warriors by nature, they never quite had a moment to really understand what such rapid success meant for their lives.

“In a weird way, the pandemic happening was the first time we actually were able to pause and kind of soak it in,” says Quesada. “It was moving so fast right up to then with our touring schedule, and we never really had time to reflect. It was this weird thing where we were noticing that things were picking up and things were happening, but we never fully digested it. It just kind of seemed like the norm, and then once the touring went away, and we actually had a break for a little bit, it was like the first time we got to catch up and put it all in perspective, you know?”

With the lockdown, there also came a resurgence of creativity. “There’s been ups and downs,” reflects Quesada. “When the pandemic happened, there was the legend going around that Shakespeare wrote all his best work in quarantine and whatnot. I definitely felt very inspired, and we were cranking out all this music. There were a lot of heavy days last year, and even though we had all this free time, we didn’t feel like making music.”

He speaks, of course, about renewed social unrest in the aftermath of George Floyd’s murder early last summer. For Burton, the moment has led to deep personal excavation that’s spilled over into his songwriting. “The good news is that I am a songwriter. I am an artist, you know, and I know that. Regardless of what’s going on, this is my expression, whether I’m on stage or in the studio and/or working for Amazon and not in a band. It’s just how I express myself. So, it’s been hard,” admits Burton, indicating how the current climate may have influenced where he goes next. “It’s been hard to look at the aspects of self that you might not want to see. There’s certain anxieties that have been magnified throughout the world for what’s going on. And I process life by way of making music. I can say that I’m going to be honest, and I’m choosing my own adventure wisely.”

Burton’s and Quesada’s split adventures, both growing up plucky, artistic, and tenacious kids in Los Angeles and Laredo, Texas, respectively, are now tethered together. It could be some grand design, or simply stars aligning, or just a stroke of luck, that their paths crossed the way they did. “I caught the music bug with a four-track cassette recorder and started to record music,” recalls Quesada, who’d haul around his recorder to every single band rehearsal in high school, just to catch even the smallest musical morsel. “I still have recordings from band practice and me making these instrumental compositions and messing around with the sampler and things like that.”

He was 16 and curious about the world. He recalls opening the sleeve to Beastie Boys’ 1986 studio record, Licensed to Ill, and being totally awe-struck. He flipped through the liner notes in a haze─ “Looking at those pictures and that collage was just the coolest thing to me,” he says. “They were showcasing their lifestyle and culture. It was like all the stuff I thought was cool. When I was a teenager, they were literally checking all boxes; they were playing basketball, skateboarding, playing instruments, using samplers, and rapping. When I remember looking at that album, it was like, ‘Oh my God, these guys are doing everything that’s cool.’”

Conversely, Burton lived quite a different upbringing. A West Coast baby, Burton’s first musical experiences tied directly to growing up in the church. When his maternal grandparents, once missionaries in Africa, returned to the states, they mounted various church tours and outreach programs, and frequently assisted in praise and worship services. “I just come from a very expressive family,” he reflects.

He started tap lessons when he was eight, but it was his uncle, who helped raise him along with his mother, that set him on the songwriting path in a major way. “He pretty much inadvertently made me a songwriter. We would play melody games─like whoever hits the most notes would get the last popsicle or whatever,” he reminiscences.

A few years later, his family eventually made their way to West Virginia, where he split time living in Clay County and Cross Lanes. When he had to make the move, leaving California behind, he came up with a goodbye song to sing to his then-girlfriend. He had heard Usher’s 2004 song “Let It Burn,” and it stoked the flames of his heart. “I was humming along to it, and I realized that I could match his tonality. I remember coming up with lyrics to say goodbye to my middle school sweetheart over that same song.”

Life took him this way and that in the ensuing years─from landing a small role in Begin Again (2013) to a brief lay-over in Arizona─and Burton eventually landed himself down in Austin, Texas, an artistic epicenter celebrated for its rich musical heritage. It changed his life. “The city brought a level of authenticity, as far as historical American music. It’s been an amazing door to traverse through,” he considers. Looking to further entrench himself in the music scene, and at the behest of a friend, he linked up with Quesada─but only after finally answering his email two weeks later. “I was slow to the punch on certain things,” he laughs.

The two clicked almost immediately. Quesada invited Burton into a whole new world of classic R&B sounds, a deep-dive into the work of Otis Redding, Al Green, Marvin Gaye, Aretha Franklin. “These people just sound like my family. And I might not have appreciated it to the level that I do now,” says Burton.

His curiosity and Quesada’s guiding hand were the perfect marriage. “We didn’t really have expectations to be a band or anything at first. When we were recording, it was purely for fun. We’d get together once or twice a week and just kind of record,” remembers Quesada. “Originally, when we started collaborating, it was Eric writing these instrumentals that I had. The process was definitely different, but it didn’t seem all that foreign or alien or anything like that. It was just kind of learning each other’s process and adapting to it. But there was no pressure. There was no record label waiting for an album or fans waiting for music. A lot of this is just the stars aligning that Eric’s songwriting style worked perfectly with the production that was already kind of happening on these tracks.”

This summer, the duo is set to release a blood-red swirl vinyl package, Capitol Cuts: Live from Studio A, a compilation of live recordings made inside the famed Capitol studio, on July 16. From an epic seven-minute version of “Colors” to a vibrantly emotional “Black Moon Rising,” one of Burton’s definitive vocal performances, the release perfectly embodies their live show evolution. “They became almost totally different songs. Once we became a band and started touring, a lot of these songs have evolved into something else altogether,” says Quesada. “Just to be a part of such a historic spot seemed like a no-brainer, but then on top of that, just the opportunity to document what things sound like live. Fans will come up to us and say, ‘Oh we love the record, but we love the live show and we like those versions.’”

With new music forthcoming, it seems an appropriate time for the Grammy-nominated musicians to reflect upon their most cherished moments over the last few years. Quesada’s favorite might be surprising. “One moment that really stood out to me was the inauguration. It was a weird one because when you’re taping these performances, they’re not live. They’re not in front of people, and it’s hard to fully grasp the magnitude of the moment. When we taped the performance for the inauguration,” he says, “we were obviously excited about it. You run the song four or five times, and there’s a film crew and you try your best to give it energy, and then you kind of just hope that it comes out cool. You just can’t tell. Nobody claps. Nobody’s singing. We did that, and it just felt kind of like another taping to be totally honest. We were really excited to do that, but when we left that taping, it was just like, ‘All right, business as usual, time to go home.’

“When I watched it in context on the day of the inauguration, to see it happen in real-time and see the magnitude of that day was really emotional,” he adds. “It actually brought a tear to my eye. It’s hard to explain that to people. It was really special being part of that momentous day.”

Thirteen years separate the two musicians, and with such a whirlwind of success, they’ve grown tremendously, both as musicians and human beings. They’re caught within each other’s orbit─learning not only how to trust their musical instincts but what it means to be family. “I don’t know that I’ve ever had this with someone outside of my family where the connection is just unspoken. Sometimes, we don’t really even get it,” expresses Burton, 31. “We’re living our lives the way that we want to individually, and it’s just really matched up as far as chemistry goes. It’s been cool just to be able to observe someone who is on a very similar path as me.”

Quesada, 44, offers a different perspective. “Eric brings an enthusiasm to every performance. Whether there are five people or five thousand people, that’s really inspired me and made me a better player. I feel if I approach things more in the moment and don’t get so in my head about overthinking things and comparing it to something that’s happened in the past. His enthusiasm and zest for life and being in a moment has been something that’s rubbed off on me in a really cool way.” 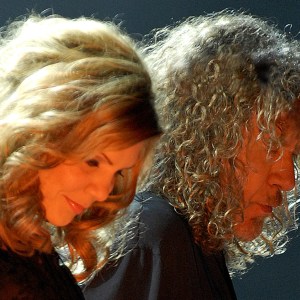 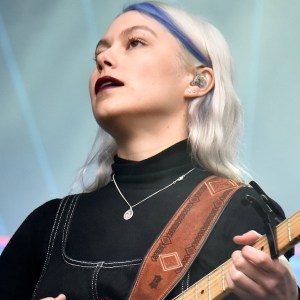