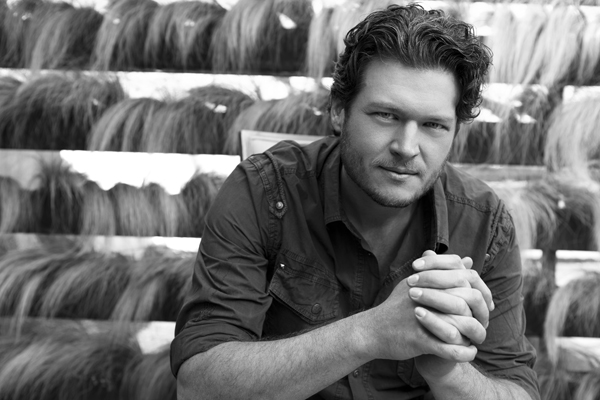 While he won’t hear Drew Carey yell, “Blake Shelton: Come on Down!”, the fact that the country singer finds himself backstage at “The Price is Right” is appropriate.

Shelton—who is at the game show to promote the Academy of Country Music—admits he’s having fun with his career, and one of the biggest reasons is that the price, indeed, has been proven right on his new six-song album, Hillbilly Bone.

“We are offering an album at a price that they can’t turn down—$6 or less,” he says.

The strategy was to produce an abbreviated album—a.k.a. “Six Pak”—that would sell well in retail outlets in this age of single-cut digital downloads.

“I think everybody took a big breath of relief,” says Shelton, pondering the experiment’s results. “We didn’t know if it would be a bad reaction or a good reaction, with people walking in the store and saying ‘six songs?’ The fear was that they’d walk away, especially if they’d already downloaded the title track.”

“So we figure that it works. People are walking through Wal-Mart, and maybe they already had ‘Hillbilly Bone,’ the single, but they say ‘Hey, I can get the whole album for $5!’ So it worked.”

Shelton could be a trend-setter, offering up an alternative for others struggling to sell albums.

“There are still some artists who are having no problem selling records, but for most of us, we sell the single they hear on the radio.”

As evidence, he points to his last full-length album, Starting Fires, with hit single “She Wouldn’t Be Gone,” which sold more than 600,000 singles, but only about 200,000 albums.

That was when the long-held fear of how downloads could bite into album sales hit home. “I’d never seen it affect me until then, but then it was ‘Holy crap! It finally happened.’”

He knows he’s as much a part of the problem as the solution. “When I hear a song on the radio I want, I just pick up my phone and do iTunes. I rarely buy an album anymore.

“Downloading doesn’t bother me at all. But I also understand at the same time that the industry probably can’t survive on that alone. I love the ‘Six Pak’ idea. But who knows if it will stick around? We may be looking at a new way a couple years from now.”

Early indications point to success. The album is a smash and, perhaps, it even enhanced the fever for downloading the single.

“I was just looking today at my iPhone. I saw where ‘Hillbilly Bone’ is selling more singles now than it was when people couldn’t even get the album. We’ll probably sell close to 30,000 singles this week.”

With a chuckle, he says, “I’m constantly buying that single to get the number up there. I’m losing my ass, but it’s making me look cool.”

Obviously, that’s a joke from the self-effacing singer. What he’s not joking about is the fact the “Six Pak” success may indeed make him and producer Scott Hendricks look pretty cool in Music City. “He was the one who sat down and told me about this idea,” says Shelton.

“The reason I wanted to be a part of it is the record company was able to show me how I could put out more albums more often,” he says. “I think it sucks that you make a 10-song album and you have to live with it for like two years.”

With this new formula, packaging a radio hit with five other songs, Shelton says he can make an album and have it out three months later. “If we time it just right, we could get three albums out in one year.”

Such a regular stream of product is better suited for publishers and songwriters. “The wheels are constantly turning,” he says.

Timing is as crucial as the freshness of the songs. He notes the album came out just as “Hillbilly Bone” peaked as a radio single, fueling “Six Pak” desire at retail outlets.

And that’s the plan for the next “Six Pak,” scheduled for August release, which is when he expects lead single, “It’s All About Tonight,” to peak.

Of course, the pressure is on to find five other good songs that make it worthwhile for people to opt for the album rather than the single download.

Shelton knows the kind of material he likes. Of course, he has written plenty of songs, though now he says his performing schedule makes it more difficult to find time.

The only song he wrote for the mini-album was “Delilah,” but he says, generally, he writes about 30 percent of his material.

His primary influences range from Paul Overstreet to Miranda Lambert. The latter is Shelton’s girlfriend, and the two have found the personal chemistry carries over into their songwriting sessions. “We write together quite a bit. We don’t record together often. It’s easier for us to get inside of our minds and become writers together than perform together.

“If we’re writing a song, it will be clear from the start if it will be for her or for me. It’s never an argument. It’s, ‘Well baby, this one would work better for you.’ We know what each other does so well that I can put myself in Miranda’s position and write.”

His primary influence, at least early on, was Overstreet. “He was the first one I noticed when I was listening to records; it was always a positive song about a country lifestyle.”

In fact, Shelton had a big hit with “Some Beach,” written by Overstreet and Rory Lee Feek (now of Joey +Rory acclaim.)

That has changed as his career has evolved. “Like, I’m sitting here backstage at a game show, and if something hits me, I’ll write it down. I never force myself to sit down and write now, because I don’t have to.”

Regardless of whether he’s written it or it’s a song by someone else, there is a common element in the songs he’s been working on lately: They basically are upbeat, happy and mostly rowdy. “They’re a reflection of the mood I’m in this year. I’m enjoying life.”

He scans his surroundings. “I mean, here I am backstage at ‘The Price Is Right.’ Don’t ever let anyone say that songwriting can’t make dreams come true.” 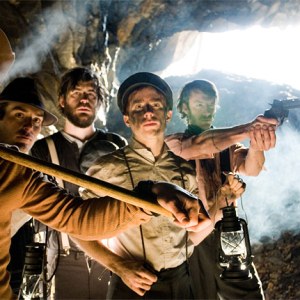 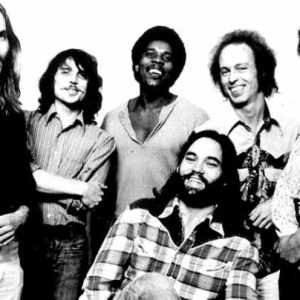