Memphis, Tennessee native Wendy Moten closed the show of the first Season 21 blind audition of The Voice on Monday night (Sept. 20) with a powerful rendition of The Beatles’ 1965 hit “We Can Work It Out,” earning her a four-chair turn from the judges.

A pastor’s daughter, Moten studied classical music and has had a nearly 30-year career, beginning in pop and R & B before transitioning to country music. Her 1992 single “Come In Out Of The Rain” reached the Billboard Hot 100 and the Top 10 Singles Chart in the U.K. before she began singing duets and backups for artists like Vince Gill, Julio Iglesias, John Oates, and Michael McDonald.

“What a privilege for them to have shared the stage with you,” said Grande, following Moten’s performance. ”You are spectacular and I need you to be in the foreground. It’s time.”

The last coach to turn her chair for the singer, Clarkson admitted her delay was a result of getting caught up in Moten’s performance. “Your mastery of your instrument is beyond,” said Clarkson. “You are what this show is all about, a voice that is so powerful, so transcendent, that you kind of move people to another level.”

Legend, who was blocked by Shelton as they squared off to get Moten on their team, concurred with Clarkson. “You have so much light in your voice,” he said. “You really are phenomenal and we are lucky to have you.”

Moten’s second album Time for Change in 1995 featured David Foster as one of the producers and led to a tour with Michael Bolton. In 2020, the Nashville-based singer and songwriter released her most recent album I’ve Got You Covered, featuring Vince Gill on two tracks, along with Bekka Bramlett, a former member of Mick Fleetwood’s band Zoo, and singer and fiddler Andrea Zonn (Alison Krauss).

All moved by Moten’s performance, Shelton gave the artist one of the biggest compliments of the evening and ultimately landed her on his team.

“That is top three blind audition for ‘The Voice’ of all time,” said Shelton, who added, ”You found a note and delivered it with power and impact. It was shocking. [It blew] the color out of my hair.”

After his win, Shelton added, ”I feel like Wendy is one of the best vocalists I have ever heard on this show. I can’t wait to see where this goes.” 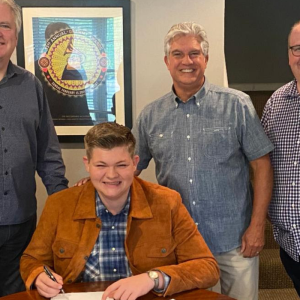