The year 2017 finds veteran rock band Blitzen Trapper moving into uncharted territory –namely, writing a musical. The musical, Wild and Reckless, is currently playing in Portland, Oregon at the Armory, with regular performances running through April 30. Blitzen recorded a limited-edition LP soundtrack for the musical that will be available exclusively at performances. On the eve of the show’s opening night earlier this month, frontman Eric Earley talked to American Songwriter about the band’s latest venture.

What made you guys decide to do something so off the wall like this?

You know, we actually got approached by the theater and by the directors asking if I had any kind of narrative or anything, if there was any sort of special performance that they could put on. So they kind of came to us and helped me create the idea for [Wild and Reckless].

What’s the plot of the musical?

At its heart, it’s just a love story between a guy and a girl that comes to a city, but he quickly finds out that she is addicted to this drug. And the show takes place in this sort of slightly altered reality that’s going on. So it has this really sort of subtle science fiction element to it, the origin of the drug that’s she’s on. So it’s kind of a Romeo and Juliet, Bonnie and Clyde story in a way.

Did you create this solo or was it collaborative?

I had a bunch of songs that I had written before we were approached by the theater, and a number of those songs have that kind of storyline going through it. So it was not hard for me to tweak these songs just slightly and make a narrative out of it. It was kind of [already] there.

When you wrote this album, did you have any idea that this was going to turn into a musical or did you just plan on it being an album?

Yeah, it was just me writing songs like I always do, just working on a record, you know, for next year. And I had done them all in my bedroom, and when we were approached, I was like, “Oh, I’ve got the perfect song.”

What’s been the most challenging part of creating a musical, as well as the most rewarding part?

Theater hours are really long and tedious, and it’s a really labor-intensive kind of [work] that we’re doing. There’s all kinds of lights and staging and other actors besides the band. There’s a lot of moving parts, so it’s been challenging. As the writer, I’ve been making sure that things are making sense with the script and directors. That’s pretty challenging, but it’s super fun. It’s an experience we’ve never had before, so I think that we’re just learning a lot and trusting the directors and other actors and stuff. It’s a lot of fun.

Will you be touring for the songs that you’re performing during the musical?

Have you guys released the tour dates for that yet?

No. There’s a few in June that are going to happen where we will be testing the songs out, but we won’t be doing the full tour until the record comes out nationally, which will hopefully be fall, but we aren’t really sure when that’s going to happen.

Do you think that another musical is in the cards for the band?

We’ve got to pull this one off first. I think if they are game, I am.

It sounds like a really cool experience. Do you guys have any acting background or anything like that?

Brian does, our drummer. He does a lot of acting: film, TV, plays and stuff. So one of the directors went to college with him and studied acting with him, and he now works at the Armory, and that’s how we were approached. But other than him, none of us really do, other than being on stage for years and years playing music.

Do you have anything else that you’re currently working on that you’re really excited about? 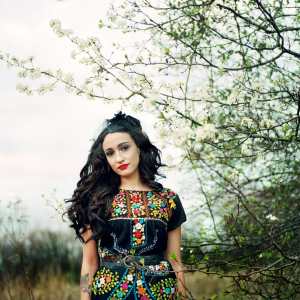 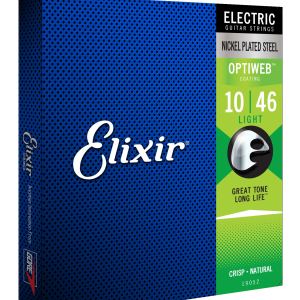