Love him or not, it’s impossible to ignore roots rocking guitarist Joe Bonamassa.

He’s a veritable machine, churning out an endless stream of merchandise, most of it of high quality. From live albums and DVDs (lately at least one video a year…in 2014 he released four from his UK tour), to covers sets with singer Beth Hart, side projects that run from fusion jazzers Rock Candy Funk Party and hard rock with Black Country Communion to his Sleep Eazys instrumental combo that released its debut earlier this year. Also running not one but two record labels, hosting a weekly program for Sirius XM’s Bluesville station and another weekly live interview show…there’s probably more. Pre-pandemic he was on the road months each year playing mid-sized venues and leading his own cruise with like-minded bands. In the non-music arena, there is an extensive line of merchandise—from “collectable” trading pins to pool floating air mats (!)—all stamped with his JB logo. It’s all too much for any but the hardest core fan to keep track of.

Thankfully, Bonamassa can back it up with talent and his obvious love of the blues, or in most cases blues-rock, genre. He has never been a purist though, steering clear from deep swamp or acoustic Delta styles, and admits as much in these liner notes. Rather, his influences emerge from the amplified 60s and 70s British blues of Clapton/Cream, Jeff Beck, Page/Zeppelin and John Mayall, all of which were inspired by American bluesmen overlooked in their own country. He paid tribute to those British acts by covering their classics on 2018’s British Blues Explosion Live CD/DVD.

But he wasn’t done.

Bonamassa returned to the breeding ground of those artists and bands, specifically London, to write and perform these ten originals. He collaborated with UK writers and the core of his American backing unit at Abbey Road Studios. Basic tracks were cut in January, 2020 (pre-pandemic), with three other studios credited for later overdubs. If the intent was to replicate the sound and approach of the British musicians he clearly loves, the results don’t consistently bear that out. While Bonamassa grabs a few obvious riffs from Page and especially Beck, and references the tough yet melodic attack of Bad Company or Free, the final product sounds like what he would have recorded without the UK atmosphere filtering through his lungs.

He uses a wah-wah pedal liberally on the chugging locomotive beat of “I Didn’t Think She Would Do It” and the soulful, somewhat Humble Pie styled slow boogie of the title track, a pun on “royalty.” The jazzy strains of “High Class Girl” share some of Rory Gallagher’s similar style. But the slower burn of “Beyond the Silence” is more like Gov’t Mule than anything from across the pond. Still, the opening, near eight minute “When One Door Opens” with orchestration and female backing singers is a mind blowing mid-tempo tour-de-force and arguably Bonamassa’s most impressive composition. It incorporates surprising tempo changes (including a nod to “Beck’s Bolero”), yet there is nothing especially British about it.

The first single, the searing ballad “Why Does It Take So Long to Say Goodbye,” might be Bonamassa’s finest vocal moment. Here he gives Paul Rodgers a run for his money on a powerful melody with heartbroken lyrics that’s as potent and incisive a track as he has put to tape.

Nothing quite tops those two selections but there is enough strong Bonamassa playing and diverse material (like the lovely, Allman Brothers Band “Midnight Rider” lope of “Savannah” featuring Bonamassa’s rarely heard mandolin work), to make this album a highlight of his bulging, and ever expanding, catalog.

We recently spoke with Bonamassa about Royal Tea. 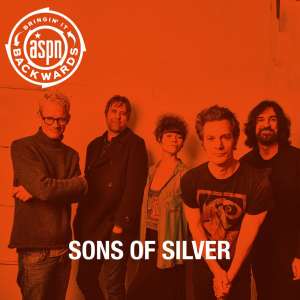