Bonamassa will play the Royal Tea album a full month before its official release as part of a livestream event this Sunday, September 20 from the Ryman Auditorium in Nashville (Get Tickets At: JBonamassa.com or https://joeb.me/JBW)

Blues artists and aficionados will tell you how the music is part of a hallowed heritage and yet still reflects modernity as well as any other genre. Joe Bonamassa, as one of the top blues artists of the modern era, is falling right into line with that duality, as his latest projects have one foot in the past while showcasing his talents in the here and now.

Bonamassa’s upcoming October album, Royal Tea, acts as a tribute to the British blues he loved growing up; his conversation to promote the record is filled with asides about the Yardbirds, Jeff Beck, Cream, and all the leading lights of that time when young Brits used this traditional American form as a way of getting a foothold in the states and becoming rock superstars. To do it all justice, Bonamassa even recorded Royal Tea at Abbey Road Studios and worked with British luminaries like Bernie Marsden, Pete Brown and Jools Holland.

In addition, Bonamassa released A New Day Now, a kind of reimagining of his 2000 debut A New Day Yesterday, this past August. It became his 23rd #1 album, continuing the incredible stretch the singer/songwriter/guitarist has enjoyed pretty much since the jump.

To scratch his live itch, Bonamassa will play the Royal Tea album a full month before its official release as part of a livestream event this Sunday, September 20 from the Ryman Auditorium in Nashville (Get Tickets At: JBonamassa.com or https://joeb.me/JBW). Charitable aspects abound: the show is presented by Joe’s non-profit Keeping The Blues Alive Foundation, while proceeds from it will benefit the Fueling Musicians Program, which aids musicians struggling during the pandemic.

It’s a lot to wrap your head around. Good thing Joe was so gracious in telling American Songwriter about it all.

Royal Tea is your tribute to British blues. How much did that music mean to you growing up both as a fan and then as a musician who would one day play the blues himself?

It was so heavy and it had such swagger. It was so nonchalant, but yet vital at the same time. That’s a very hard thing to capture. I was like, “I want to be involved in this.” I love the British blues because it’s as naïve as it is selfish at the same time. It’s naïve because these British kids were idolizing Howlin’ Wolf and Buddy Guy, Muddy Waters and Robert Johnson, and they had these notions that these guys were these big, big stars in America. Like how can they not be? They’re these mythical people creating this art that, to me, you should talk about Mozart and Howlin’ Wolf in the same sentence in terms of their contributions artistically. And then they come to find out they’re not big stars and America doesn’t really appreciate this wonderful music that they have right underneath their noses.

Their take on it was they were trying to pay tribute to these stars. And they were trying to get people to dance. So they would do everything up-tempo. The selfish part is they wanted to get themselves out of post-war Britain because it was a pretty rough time to be alive. It was very poor, very cold, a lot of people working in factories and trying to rebuild their cities. It was grim. And they wanted to go to California to chase girls like the Rolling Stones did. So they worked harder and they got themselves out. They all idolized The Beatles. They were all friends and contemporaries and yet competitors. It was the perfect storm to create a movement. I always say the more people that are into the blues, the better the scene.

What strikes me about the British blues is how expansive it became. It took off from the traditional 12-bar, two or three-minute thing and spread the seeds for all these different genres: hard rock, glam rock, heavy metal, etc. Did you enjoy making those connections on this record?

I did. When I first heard the first Black Sabbath record, I thought that’s a blues-rock record. It’s sludgier, heavier blues rock with darker lyrics. You hear the DNA. In 1968, it was critical that you had your own lane, and they would work very hard to have their own sound. In 2020, it’s not as critical because the business tells you if something pops, you gotta sound like that. It’s the same thing with songwriting. It’s like Jason Isbell is killing it, then there’s gonna be people who say, “Well, I gotta write songs like him.” No, use him as the high-water mark, but you gotta write songs like you. Write in your own lane.

To make this record, you went to Abbey Road. When you walk in there, can you sense the ghosts in the room?

I’ve been in there three of four times now. The last time I was in there, I worked with Ginger Baker in Studio Two. I was sitting in the lounge with Pete Brown and Bernie Marsden and I said, “What would you think if I made a whole record here? The three of us could get together, write this thing, and record it here at Abbey Road.” This was in 2018. We blocked out some time in 2019 and started writing it. And then about four days before we were set to record, my drummer Anton Fig breaks his ankle. Couldn’t get a sub. We go home, re-book for January after an eight-month gap.

As soon as we hit the downbeat, it worked. Everybody was inspired to be in Abbey Road. Everybody was inspired by the music, that it was sounding British. And everybody put their Union Jack hat on. It wasn’t like we were trying to copy. It was just the DNA of the studio and the situation. It worked. There’s a sound and there’s an inspiration and a ten percent x-factor that you get by just being in a city recording. You get the energy of the city.

You’re writing with Pete Brown here. What better connection to the British blues than the guy who wrote the lyrics to so many Cream classics.

And he’s still as hip as he was in ’66. There’s a line that he wrote: “I have no vision of nuclear fission.” Try pitching that in a Nashville writing session. But he can, because he is that guy. He wrote “She Walks Like A Bearded Rainbow” (“SWLABR”), one of my favorite Cream songs. If you read his stuff top to bottom, because none of the stuff comes with music, it’s just like poetry. This is stuff off the top of his head; this isn’t in his filing drawer.

“Why Does It Take So Long To Say Goodbye,” from this record, feels like an instant classic. It also feels like one of those songs you have to live through to write.

It was straight out of the diary. It was a song about my ex-girlfriend and me. We’d been together for a while. It just started to disintegrate and we couldn’t get it back, as hard as we tried to get it back. It was a song about that. It’s sad but I think it’s one of the better songs that I’ve been involved with in a while. Bernie and I wrote that on an afternoon. I had this title. It’s a long title. I like to write titles down, and that’s the spark for the tune.

I feel like you’re continuing the Abbey Road connection by doing the concert of the album before the release, kind of what the Beatles had intended with Let It Be.

They didn’t have Google Chrome back then. Could you imagine John Lennon or Paul McCartney going live on Instagram from the roof of the Abbey Road facility? Are you fucking kidding me?

What excites you about debuting the album in this way, and what obstacles are there?

One of the obstacles is, for the first time ever, we’re doing preliminary rehearsals, meaning old-school. We’re going to show up at soundcheck, no production, a few guitars, a couple of amps, earning our money. The thing is we’re rusty. And I want to take a minute on each song, since we’ve had no time to play them live and get a crowd reaction. It’s really to make sure our live arrangements are tight. Not just playing facsimiles of the record. The getting to know you period is going to be interesting.

This year also marks the 20th anniversary of your debut album A New Day Yesterday, which you got to revisit with a new version called A New Day Now. What was it like to go back to the beginnings of your career like that?

The 20th anniversary snuck up on me. The first record was produced by Tom Dowd. Tom was very generous with his time and his patience with me. When I listen back to the first record, I hear a very, very rough pre-artist artist. I hear a guitar player with a bag of some half-assed, some decent songs and no fucking clue how to make a record.

Initially, I was thinking let’s just remix the record and make a new package. And then selfishly, I said I want to be able to listen to this thing eventually. I’m going to re-sing it. I’m lucky enough to be one of those singers that my voice has improved. I didn’t peak at 23. I was at my worst at 23. I sing better now at 43 because I applied myself and learned how to sing. To put it in perspective, the 23-year-old Joe Bonamassa took two weeks to sing that record. When we re-sang it last year, I did it in two three-hour sessions. You put in your 10,000 hours, you apply yourself, you work hard, and it’s nice to see it come out in a way that’s different than the original version. To me it’s a fitting tribute to a great friend and producer that believed in me as a kid.

We are in such a crazy time right now, a lot of people hurting. The blues has always been a way to express difficult emotions like that. How grateful are you to have it as part of your life and to be able to share it with your fans?

I’ve been very lucky in my life and career. It could look a lot different going forward. I’m a little bit trepidatious about the overall landscape of entertainment, not just music, not just blues, but entertainment. It seems like we’re in a little bit of a sea change. I’m not sure how long my dog-and-pony show stays relevant in that sea change. There’s only so much that people like me can pivot before it becomes really disingenuous. There’s a point where you’re like, “I can’t charge for this.” Maybe I’m relegated to being asked to play on some sort of show, like John Phillip Souza Presents The Music Of The Past. Like, “Oh, look they dusted him off and he can still sing ‘John Henry.’ Great.” And then they put me back in my house. Who knows? 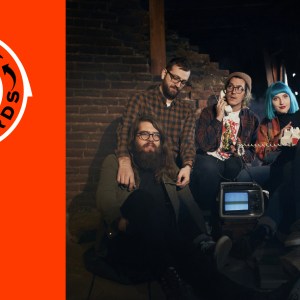 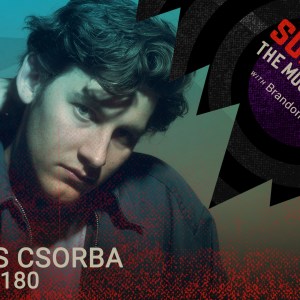