The song started as a collective dance beat. Snippet after snippet of Rhodes licks and synth passages trickled in. Everything was “teetering on the edge of a syrupy pit of reverb and pads, chopped and screwed vocals ooze and bubble like the Le Brea tar pits.” Just when Body Language thought they’d never pull free, everything launches into an uplifting beat, dipping into its infectious chorus of You’ll be my boomerang / Sooner than you think. This is “Boomerang,” the Brooklyn, NY quartet’s latest single off upcoming fourth album Travel Guide, out Oct. 9

“The beginning of the song had this orchestral introduction feel,” says singer Angelica Bess. “I wanted the beginning to start out with this Bjork inspired ballad before the beat kicks in. We were on the West Coast when we were writing the song, and we were surrounded by all of this natural beauty in the midst of the seasons changing. We were inspired to base a love song around that, how relationships change like seasons but also come back to life.”

Following up 2016’s Mythos, Travel Guide finds the band, made up of Bess, along with keyboardist Matthew Young, multi-instrumentalist Grant Wheeler, and drummer Ian Chang, circling around 10 tracks fused in R & B, and spacey soul-pop elements.

“We just wanted to take a lot of micro ideas and just weave them together, however, we made all of the crucial songwriting decisions with the three of us in the studio,” says Wheeler. “We added a really nebulous intro out of chopped up wind ensembles, we carved out parts for the vocals by reimagining the feel of the drums.”

That image of a boomerang kept spinning back to the band as they wrote the lyrics, delving into a relationship that always finds its way back around. “As we solidified this imagery, we incorporated all of these ad libs that almost sound boomerang-y,” says Wheeler. “Collectively the rhythms seem to twist together in this oblong and swinging feel – it turned out to be very visual and we continued to play into that theme with all of the instrumental and vocal writing.”

Ricocheting off psych-induced dance beats and Bess’ velvety vocals, “Boomerang” slinks around all its experimental harmonies, initially extracted from string and horn samples that the band harvested from another recording the band recorded at the non-closed Converse Rubber Tracks studio in New York. “We just started moving them around and weaving a dense texture with them,” says Young, “and that created a sort of orchestral haze.”

“House music and R & B have always been a big part of our influences, and with this record, for a lot of the songs we took the idea of half time further (or slower),” says Young. “We ended up doing R & B feels at house tempos but with that half-time bounce.”

Wheeler adds, “We always put out records that seem to wander a bit genre-wise. I guess with three people writing, our varied influences tend to pull songs in various directions.”

In all its melodic intricacies, Travel Guide ultimately serves as a map through simpler times, says Bess, drawing from nostalgic sounds and more light-hearted lyrics.

”We wrote this album when we were traveling a lot more then and when the band was collaborating bi-coastal,” says Bess. “Now that we’ve been ripped away from that privilege we feel blessed that we worked on the record when we did, when we were all together in a small room, mashing ideas together.” 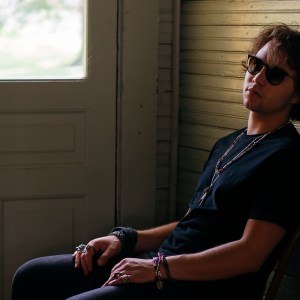 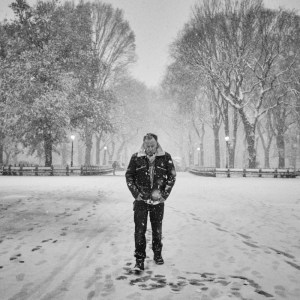