While his peers are off at college, Griffin Holtby works diligently in a studio right by the Dallas Love Field Airport, plotting his inevitable fame as a musical artist.

He can practically see the throngs of women in the audience, smell the sweat from the crowd, feel the reverberation of emotion from his deeply vulnerable lyrics, and taste his stardom.

His newest release, “The Fire” is a single from his upcoming EP The Hell Series, a damning collection of songs about a rollercoaster relationship with the devil.

Holtby, a prolific songwriter of 20-years-old, boasts a catalog of around 200 fully fledged original songs. This catalog serves as one of his greatest motivators, his ever-growing magnum opus.

“I tell people that this is what separates me from all the people who are out there rapping on stage. They’re paying assholes to go write their music in a studio while they’re going and partying. I’m sitting here with a freaking notebook and a pencil writing a song a day, just creating a freaking arsenal,” he says.

His ambitions overshadow any doubt that he might be some kid who decided to forgo college out of laziness or pursuing music from a place of self-glorification. Instead, he is quick to remind himself that his ability to pursue music is a privilege. A privilege he doesn’t intend on wasting.

Knowing the odds have been against him since even before he was born, Holtby has found that his musical talents could only be a sign that he is destined to do something great. He is a voice for the voiceless and a guiding light for people who have struggled as he has.

From a young age, Holtby found himself faced with an identity crisis which quickly led him down a destructive path.

“I was just drinking all the alcohol in my parents’ liquor cabinet at 14. I was self harming. I attempted suicide. I was running away from home. I was dating a girl who was 17 when I was 14, and started smoking weed with her mom and her in this apartment complex.”

The culmination of these events inevitably familiarized Holtby with the calamitous appeal of addiction, a topic he addresses in “The Fire”.

“‘The Fire’ was inspired by the end of the cigarette. But the fire is supposed to basically mean the burning sensation you feel when you’re in love or when you’re addicted to something…It’s like this love hate relationship going on all the time with different things in everybody’s lives,” he says.

In addition to addiction, The Hell Series, Holtby adds, is really a big metaphor for morality.

“It made me think had I not stopped or gone to treatment, would I have continued down this path? I think I would have. It’s kind of this place of when do you call it quits? There are people out there who don’t have the opportunities I do who are probably having these conversations with themselves without the support that I’ve had…To me, it’s about that morality, and those conversations that we have with ourselves.”

Speaking from a place that people expect from someone much older, Holtby is glad he came out the other side of his struggles and is able to use them in a productive way in order to connect with young people who are going through similar experiences.

“I’ve had my own challenges and stuff, and what got me through it was music, honestly. So, being able to turn the tide and be the same for others is really, really important to me,” he says.

Even without personally feeling the harmful effects of addiction, “The Fire” serves as a gut-punching, lyrically-clever, head-banging track, sure to leave a lasting scorch.

Stream “The Fire” when it comes out Sep. 25 as well as his EP The Hell Series when it’s released early next year. 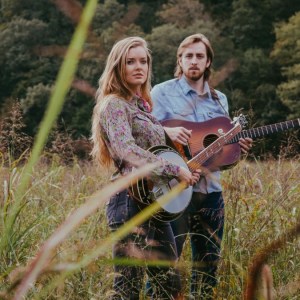 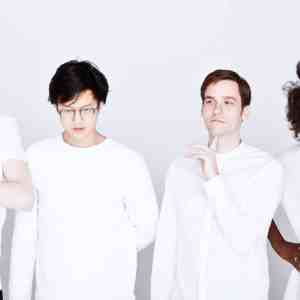