Various artifacts and tchotchkes—taxidermy animals heads, vintage helmets, and some Native American arrowheads—surround Bones Owens in a tiny room. All are sentimental heirlooms that have followed the Nashville-based artist for a lifetime. After moving to a more rural setting outside of downtown Nashville, where he lives with his wife and 3-year-old son, Owens was forced to filter down the artifacts and contain them in one area.

“My mother owned an antique store when I was a kid, and we lived above it and had all this stuff, so I’ve got this collector-hoarder thing in my DNA,” says Owens. “When we moved out here to the country, I was basically allowed this one room to do things my way.”

Sequestered to what he called a “jail-sized” room in the country, overlooking his neighbors pasture of horses with all of his treasures, is where the Missouri-bred artist finds inspiration and wrote most of his third release, Bones Owens (our review | Thirty Tigers).

“For me inspiration is environmental,” shares Owens. “Most of the time my songs come from me just sitting down with a guitar, surrounded by all of my favorite stuff.”

Now, Bones Owens is on another road, detoured from the more country-rock of 2017’s Make Me No King or Hurt No One’s tranquil Americana. Owens’ runs around all the emotional rough edges in a collection of song fused by impulsive riffs and waves of lyrics bore out of an intentional reflection and isolation. Bustling through opener “Lightning Strike,” Owens pleads Bless my soul / Take my heart / Woman go tear me apart as he swaggers through a tale of bad love, before strutting through a cooler “Good Day,” featuring backing vocals by gospel singer Regina McCrary (Bob Dylan and Buddy Guy). Bones Owens shifts through all the garage-y twists of “White Lines,” the darker haze of “Blind Eyes,” and stride of “Country Man.” Weaving through love, toxicity, moments of lucidity, and a mess of moody patches, Owens croons This world will try to rob you of your joy… You gotta keep it close to your heart / Or you’re gonna go blind on blistering “Keep It Close,” then signs off on the bluesier burn of “Keep on Running.”

Produced by studio owner Paul Moak (Joy Williams, Marc Broussard, The Blind Boys of Alabama) at his The Smoakstack in Nashville, everything was recorded live to tape, along with Owens hand-picked musicians, including Eagles of Death Metal drummer Julian Dorio and bassist Jonathan Draper of All Them Witches.

Written pre-pandemic in Owens’ boxed-in room, the artist dives into more emotional elements but leaves a collection of music that is more empowering in darker times. “When I made this record, I obviously had no idea that the world was going to be so completely changed by the time it came out,” says Owens of the album. “This record for me was about a transformative time in my life. It was about loss and pain, but also about love and finding a way out of a dark time. I feel like these are all emotions and sentiments I find myself connected to just as much now as when they were written.”

Sitting on an album he had wrapped and ready prior to the pandemic and not having the sources of inspiration he typically gathers on the road has tested Owens creativity over the past year.

“When I’m traveling and seeing different parts of the country and having different experiences, I tend to not write a lot on the road, but as soon as I come home, all these experiences and inspiration just start flowing right out,” says Owens. “Now, I’ve just been sitting still at home here in Tennessee for the last year.”

Referencing one of his favorite writers, the Austrian poet Rainer Maria Rilke, Owens paraphrases his words of guidance of maneuvering around noise and getting to the root of one’s stories.

“A poet should be able to conjure up ideas from their past experiences,” says Owens. “Even if you were trapped in a prison, you would still have all the experiences of years past, your youth and all these other things to pull from so maybe I’ve done a little bit more introspection in the past few years. At the same time, I’ve realized how much I kind of pulled from overhearing stories or eavesdropping on a conversation on a subway or a conversation with Uber driver.”

Deeper in, there’s also a release of something, personally, for Owens, and the beginning of new chapter threaded in the album. “It feels like walking through a door into a new room,” he says.

Typically, Owens doesn’t consider himself a very sentimental person who gets attached to songs or labors over them for long.

“I tend to be drawn to the new shiny songs when it’s time to go make a record,” says Owens. “I certainly would like to believe that I’m still sitting on a stockpile of songs that I’ve written in the past, some of which are worth releasing. Depending on how things might go in the future, there’s the chance that, I will conjure up some old songs from the graveyard for future recordings, but I’m more likely to start writing newer things.”

He adds, “I’m not that sit down and bang my head against the wall kind of songwriter. I will work on a song, and if there’s an idea that feels worthy, I’ll chase it down a bit. I give time for inspiration to come or something to fall from the ether. I never force it.”

Environment is key to Owen’s creativity. Growing up in a rural Missouri—where is grandfather, who is now 80, still works as a farmer—the move to the country five years ago was a return to more natural elements.

“My neighbors in every direction have horses, and it’s just a bunch of pastures,” says Owens. “Looking out the window from my office where I wrote 90 percent of the stuff on the new records. It all came out of this small room. Even being able to pull inspiration from memories in your life, and from connections you’ve had with people and experiences, this room is full of knickknacks and things that I’ve collected from all over the world, and there’s this kind of energy in those things.”

Surrounded by what he calls his organized chaos, when the interview ends, Owens will get in his car and hand deliver vinyl copies of the album to people affiliated with the making of the record.

“This record was made a year and a half ago, so I’m thankful for it to just be out there,” shares Owens. “It’s been a long time coming, and now I’m ready to go in and make the next one.” 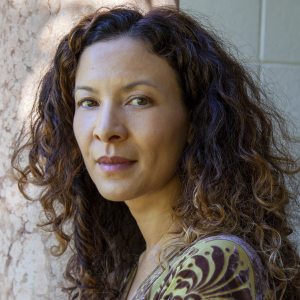 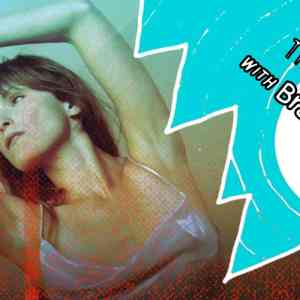