Prior to the lockdown, Lauren Phillips was adamant about finishing up her new single before the world indefinitely closed down, so she planted herself at Grammy nominated producer Brian West’s Laurel Canyon home and studio until it was done.

“We sat on his roof in Laurel Canyon for hours playing the song over and over again until we finally finished,” says Phillips. In the end, the Chicago-born artist found herself with “Honest Tonight,” off her upcoming EP Handsome Woman.

Produced by West (Sia, Maroon 5), along with executive producer Elliott Beenk (Chad Smith, Lissie), and Grammy Award winner Emily Lazar (Beck, Coldplay), who mastered the track, “Honest Tonight” is a fragile revelation of a love one cannot live without. Phillips’ tender vocals penetrate her bare storytelling, motioning through This might make us stronger / I’m running out of lies here to say… I wanna love you for all of my life.

All weaved into Handsome Woman, a follow up to Phillips’ debut EP I Could Love You All Day, “Leaving LA” is another track that carried a similar sentiment of love for Phillips, along with recognizing her own artistic development. Maneuvering through all the fears and changes living and creating in the city she now calls home, the acoustic-led “Leaving LA” was also recorded in Laurel Canyon at The Canyon Hut with producer Tim Hutton.

“I wrote this EP at a bunch of different places—back when traveling was a thing—in Nashville with Bonnie Baker, Milwaukee, Chicago, and even Morrow Bay [CA],” says Phillips, who recorded the remainder of the tracks with Elliott Beenk in Venice Beach, CA. “I get so inspired when I’m traveling and can’t wait to one day get back to that.”

Coincidentally, “Honest Tonight” and “Leaving LA” were written on the same day, which Phillips dubs her “Dolly Parton Moment,” since the legend also penned “Jolene” and “I Will Always Love You” in one inspired day. For Phillips, that day of inspiration hit when her partner was away on a work trip for a month just after they moved into a new beach bungalow in Venice. Being a city person, she found herself alone and adjusting to this new, laid back lifestyle, all while missing her love.

“Obviously, no one can compare themselves to Dolly,” says Phillips, “but it’s funny how you can have a day of inspiration hit you.”

For Phillips, “Honest, Tonight” is a tribute to the love Phillips has for her partner, while ‘Leaving LA” is an ode to the love she has for Los Angeles, but she recognizes that any song always has the power to resonate in different ways to the listener.

“Isn’t that the beauty of a song?” she says. “Someone’s soundtrack to heartbreak may be someone else’s workout anthem. I can’t control how anyone will experience my music or what they will take away from one of my songs.”

Everything unfolds throughout Handsome Woman with “Honest Tonight” and “Leaving LA” woven in pop writing and songwriting, two threads that are key to the fabric of this EP, says Phillips. “The other songs are definitely more upbeat,” she says, “but still have these two threads running through them.”

Passionately piercing Phillips’ two loves, “Honest Tonight” and “Leaving LA” also reflects on growth and flexibility. “This EP chronicles the growth of my relationship and our love,” shares Phillips. “It also embodies the growth of my writing and the development of me as an artist. I’ve had the privilege to work with such amazing artists on this project and have learned so much from them.”

Phillips recorded videos for both tracks in Laurel Canyon, a place she became enraptured with early on as the music mecca that birthed Joni Mitchell, Jim Morrison, Crosby, Stills & Nash, and The Byrds. Also spurred by Jack Kerouac’s “On the Road” tales of the early hippie movement he encountered, Phillips booked herself a one-way ticket, one backpack in tow, and never looked back.

“Community is still happening up in the Hollywood Hills,” says Phillips. “Neighbors hangout, work with each other, care for each other. Every time I drive on Lookout Mountain I think, Joni Mitchell and Carole King drive on this street. It makes me feel like I’m a part of something special.”

Moving into her second chapter on Handsome Woman, Phillips is unraveling more truths, something she says has always been the core of her music.

“I’ve lied a couple times, and it never feels good, or leads to anything good,” says Phillips. “I like to think that way about my writing. Honoring the truth is how I create my best work that seems to really connect to people. The goal is to write the soundtrack to people’s lives and to be timeless. I’d like to think true moments are nostalgic for people—good and bad.”

Part of her truth is also revealed in the EP’s title. Phillips always resonated with the word handsome over pretty and preferred a stronger connotation of masculinity around the EP’s Woman.

“It feels like the world is finally moving away from outdated binary rules,” says Phillips. “We’re no longer limited to he/she, straight/gay, femme/butch. Handsome Woman is a nod to that evolution. It’s also just the best way to describe how I view myself. I identify as she/her, as a strong independent woman, and I don’t hate what I see in the mirror.” 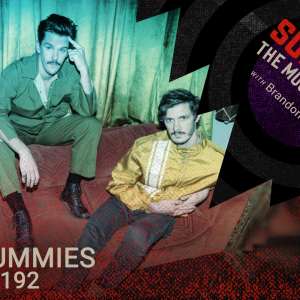 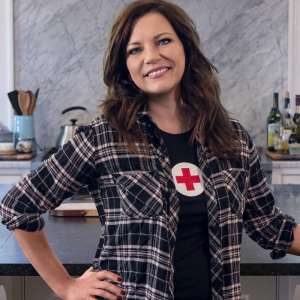