Folk artist Madison Cunningham describes the past year, 2020, as one filled with breakthroughs and barriers. The singer’s latest release, Broken Harvest, explores the idea of lost dreams and yet paradoxically, new hopes. Cunningham tells American Songwriter much of her current motivation and inspiration comes from the artist community around her and the innate desire to create.

Cunningham wrote Broken Harvest as a contribution to the National Public Radio Morning Edition Song Project. “I got the idea from thinking about other artists and what it is that we’ve all had to hang up on the hook and let sit there for most of 2020 and now into 2021,” Cunningham says, referencing the pause, or shift, that has taken place in the world of music creation, live music and musical collaboration.

“I tried to write it from that perspective but then also from the viewpoint that we’ve always had to work through loss, so in a way we shouldn’t be surprised by it now, even though it hit unexpectedly,” Cunningham continues.

What do I know? What do I hold / That will not fade away / All things fade away, the chorus asks, pointing out the two-fold reality of loss in the passing of time and experiences, but also hope in the presence and forward perspective such movement can bring.

Specifically in the songwriting realm, Cunningham says it is the process of creativity she witnesses from fellow artists that inspires her aspects of her craft. One such artist is Jon Foreman, who Cunningham recently collaborated with on the track “Side By Side.”

“Being able to watch him work in a studio space and in a writer space—those are the kind of things I want to keep close to,” Cunningham says. “I think in a roundabout, subconscious way, they further my knowledge and my intelligence around the songwriting craft. It can’t help but inspire who I am as an artist and fall in line with what I do somehow.”

Inspiration is also found in the experience of another’s art, according to Cunningham—a motivating factor behind her recent EP, Wednesday, featuring four covers.

“There’s something about picking up someone elses song when you’re kinda struggling to make your own, it’s relieving in a way, because you’re like ‘ok, there’s a song here that I can sing.’ If you don’t have a song to sing, singing someone else’s is just getting to come out of yourself for a second and out of your own insecurities,” Cunningham explains. “That kept me on a steady song searching path and helped me find new ways into the songs that I ended up writing.”

In the coming months Cunningham notes she will continue to “fill her basket with songs,” on the hopeful trek into persistent and meaningful creativity.

While certain things may degrade a fresh and open mindset to artistic intuition, Cunningham emphasises it’s the people, the books, the new music and podcasts, the overall attitude of centered reflection, awareness and inspiration, that feeds her ability to move forward.

“In times like these it would be really easy to just curl up in isolation and give it up, because it can feel pointless at times,” Cunningham says. “[So I’ve been trying to] fill my head with imagery and ideas and imagination. It’s almost the only way that I’ve been able maintain any amount of perspective this year.”

“There’s always a need to create something, to be doing something, whether that’s born out of a little guilt or inspiration that I think we all deal with. I think that’s what keeps me coming back to a guitar or a shaker or a piano or something that would spark a song, or even if not a song would just comfort me in a moment,” Cunningham continues. “Having people around me, having friends who I keep close in my life, people who I get to share a musical meal with, really keeps me on my toes and keeps me excited about what I’m doing.” 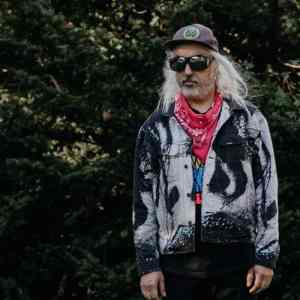 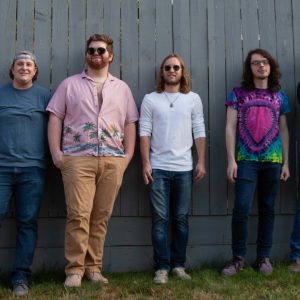