Becoming born again typically involves having a spiritual rebirth of some sort. In many ways, Johnny Ashby was “reborn” during the recent lockdown around COVID-19. Granted, his “new beginning” wasn’t necessarily a spiritual one but more a creative, personal moment of renewal, all documented on his upcoming EP Born Again (August 1), and its title track.

For the London-born, Los Angeles-based artist, “Born Again” came together effortlessly, and just poured itself out. “We had the bare bones of the song down pretty quickly, but then we realized it was missing something,” Ashby tells American Songwriter. “We decided to write the big ending and the oohs section when we were recording it. It makes the song feel more organic, because it was written in this heat of the moment kind of way.”

Co-written and produced by Fredrik Eriksson, Sebastian Fritze and Bill Delia from the folk rock band Grizfolk, “Born Again” reveals Ashby’s perfect brew of ambient, anthemic Americana. Tender lyrics float through a melancholy dreamscape, all building into a triumphant chorus of I can’t wait to be born again.

Ashby, who has been getting his songs around with features on television shows like “Grey’s Anatomy,” “Pretty Little Liars,” and “Elementary,” credits cassettes for his falling in love with music. Rummaging through his father’s mix tapes was the gateway he needed before playing guitar in bands, then working as a session player after college. He moved to Los Angeles with his suitcase, one guitar, and a dream—playing the Troubadour. (He’s since played the West Hollywood venue three times.)

Particularly during these unprecedented times, Ashby hopes his music inspires self discovery, where people can slow down and take a leap of faith in their lives. “Without this lockdown I don’t think these songs would have happened,” says Ashby. “I needed this time to stop, sit down and figure it all out… I hope that if there’s anyone that feels at a loss—like I did before pre-lockdown—my music speaks to them and inspires a leap of faith.”

Creviced and filled with delicate swells, “Born Again” is a track Ashby is itching to play live. In the meantime, he has perfected a more stripped down, acoustic version of the song during his recent home isolation.

“I can’t wait to get in a room with a band and hear it come to life,” says Ashby. ”There’s something about taking a new song and playing it for the first time in a rehearsal studio with a band. It’s like stepping into a time machine and going back to being in my first band as a kid. It’s an awesome feeling. I feel grounded by it.” 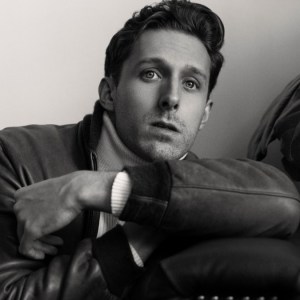 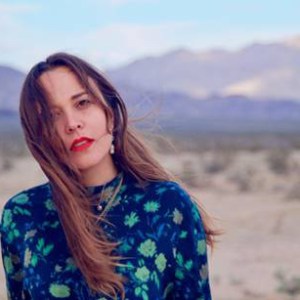