The first track on Braids’ Native Speaker, “Lemonade,” opens with a little synth fugue, and faint background vocalizing. These elements remain as undercurrents in the song, as other textures — lead vocals, lots more background singing, a jazz drummer’s touch for minimal pop — emerge. Braids actually classifies their band as texture pop, and maybe that’s a nice departure from the dream pop clique they’d otherwise join in with. Unlike dreamier peers like, say, er, Dream Diary, Braids doesn’t use ‘charming’ and ‘lo-fi’ as crutches; Native Speaker is refined and complicated, not tossed-off bedroom pop. By the end of “Lemonade,” Braids has created a churning tunnel of rhythmic synth sounds. It’s as if a group of band camp nerds got together and built something with completely found objects. Native Speaker lacks abrasion and reliance on noise that is often so embraced by bedroom auteurs — Ariel Pink and Delicate Steve come to mind. “Glass Deers” sounds like what it is – a somewhat surreal image or concept brought to audio flesh by obsessive attention to detail. If that sounds cloying, there’s nothing sweet to be found anywhere else in the song. “I’m fucked up-up-up-up-up-up-up-up,” Braids sings and then make guttural gross-out sounds during an instrumental section. Braids hasn’t seemed to pick any fights at morning assembly. They seem like good kids, so their precocious take on pop production should make a quite a high-school pool party splash at South By Southwest. 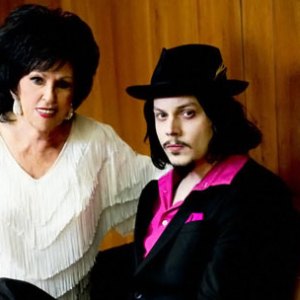