It’s always about the cars and bikes for Brian Setzer. He wouldn’t have an album any other way. Still driven by the roar of the Hot Rods and motorcycles of his youth—a fascination dating back to the age of 15—it all moves Gotta Have The Rumble (Surfdog Records), Setzer’s first solo album in seven years.

“I still have the same passion for going fast and adrenaline,” says Setzer, who struggled with tinnitus for a few years following The Stray Cats tour in 2019 and moved to work off a smaller amp to protect his ears, missing the rumble of the bigger amplification. “I play a hollow top, and the whole thing shakes, and the sound comes back through the guitar, says Setzer, “so when I’m standing in front of a little amp it’s not the same.”

Opening on the rockabilly romp, “Checkered Flag,” written with The Stray Cats bandmate Slim Jim Phantom and “Smash Up on Highway One,” co-written with longtime collaborator Mike Himmelstein, Gotta Have the Rumble revs loud and takes off through “The Wrong Side of the Tracks” and an epitome Setzer track ‘Rockabilly Riot”—also the title of his ninth album in 2014.

Produced by Julian Raymond (CheapTrick, Glen Campbell), between Setzer’s home in Nashville and Minneapolis, the 11 tracks of Gotta Have the Rumble deliver what Setzer does best—his union of swing and blues jump and jive on “The Cat with 9 Wives,” “Drip Drop” and “One Bad Habit, and “Rockabilly Banjo,”  co-written with Stephen “Dibbs” Preston with Setzer on banjo duty and Paul Franklin on pedal steel. “It was just a fun and good way out of the mess called 2020,” says Setzer of the closing track.

Everything comes together for Setzer since the early days of The Stray Cats through The Brian Setzer Orchestra, and beyond. “It starts with me coming up with a guitar riff,” he says. “It’s just kind of I what I do. It starts with me writing a riff and then just continues to snowball.” For the past 15, 20 years, Setzer has been working more closely with friend Himelstein as a co-writer. “We just have a connection,” shares Setzer. “He just lights me up. I don’t know what kind of chemistry we have, but whenever he says something, I write it almost instantly. The only other time I had a connection with a writer was with Joe Strummer.”

Co-writing is a deeper connection that can’t be explained. “I can’t put it into words,” he says. “It’s just an easygoing relationship, and then that little magic happens when they send you something clever that plugs into your world. That’s how it happens.”

Writing songs out, Setzer then records raw demos on a “crappy cassette tape recorder,” a retro approach that still works for him.

“Something sparks me, and it always starts with the guitar,” says Setzer. “It’s usually a positive experience, or it can be something that really pisses me off. It’s usually something as simple as a great motorcycle ride or a new piece of musical gear that sparks me to just sit down with a guitar.”

Fooling around with an old Fender reverb system, Setzer says he wrote an entire Spaghetti Western album inspired by Clint Eastwood and The Good, The Bad, and The Ugly. “I haven’t recorded it yet,” laughs Setzer, “because who’s gonna listen to it.”

Something new and something old, Setzer never intends to repeat anything that was done before. “When you’re writing in a genre, writing blues or jazz, so much has been done,” says Setzer. “For instance, ‘Smashup On Highway One,‘ I don’t know what that riff is. You’d never hear that in rockabilly music, so my idea was to put that in rockabilly music to move it forward.”

To Setzer, lyrics are just words that sound good together yet finds a common thread in his music through film noir. “I like that whole smokey storyline,” he says. “I love living in that world. If it’s one thing that leads a story from A to B to C, it’s been living in that world.”

For Gotta Have the Rumble, Setzer just wants people who love “this kind” of music to enjoy it. “I’d like a billion new people to like it, but at this point, I really try to keep this music going because I love it so much,” says Setzer. “There are those fans that I have, who are really diehard. I want to make those people happy.”

Now, Setzer is starting to feel that rumble again. “I just want to ride this,” he says. “I don’t have a plan. I just want to enjoy this.” 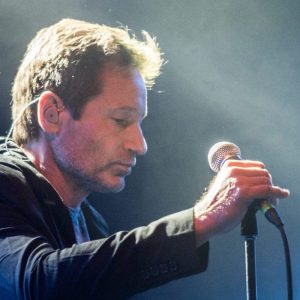 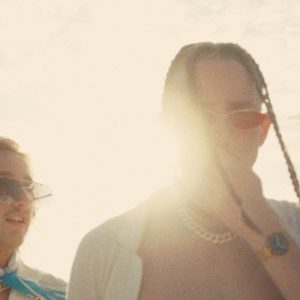