For the members of the Australian-born, Los Angeles-based group, Chase Atlantic, the relationship between life and creativity is symbiotic; one informs the other, which then, in turn, informs the first again. Around and around it goes. Like the three members themselves, who finish each other’s sentences, burst out into laughter, or spark memory after memory in a matter of moments, the constant step-by-step, A-to-B-to-C productivity is what keeps the group’s energy afloat and constantly churning out ideas. As a trio, they’re a factory of vibe and all of this is evident on the band’s latest single, remix and music video, “OHMAMI,” from the group’s latest release, Beauty In Death, all of which are out now.

For Mitchel—whose multi-instrumentalist brother, Clinton Cave, is also in the band, along with rhythm guitarist, Christian Anthony— the chase for more output never really ends. In a way, it’s a very healthy, productive obsession that informs Mitchel’s present and future.

“The more you tap into your own emotions,” he says, “the more you know who you are, the more you can figure out how you should lead your life.”

Chase Atlantic’s latest album is the culmination of their collective past two years, including an at-times difficult 2020 pandemic. Like many, the members struggled with various mental and physical health ailments and issues. The “darkness” that the LP sprouted from, therefore, makes the achievement that much sweeter. It gave the record an edge, Mitchel says. The album was produced by each of the three members, all of whom share production credits.

“We’re lucky we can all produce ourselves,” Mitchel says, “because the album wouldn’t have been made otherwise. We wouldn’t have had the energy or mental capacity to find a producer. In light of that, we literally poured our heart and souls into it.”

Hearing and then unleashing “OHMAMI” into the world once the globe had begun to open it up some post-lockdown felt triumphant for the members. It was a statement to their fans and to the band members. We’re back!

“It was great to get excited about music again,” Christian says.

“’OHMAMI’ was a bounce back,” Mitchel says. “Like, fuck it, let’s have fun with this shit, let’s make music because we want to make music!”

Growing up, Mitchel and Clinton listened to music often in their family home. Clinton also swam and there was a real discussion about trying out for the Olympics, which eventually didn’t materialize. The two brothers followed their love of music, which for them equated to an endeavor that both offered surprise and control. For Christian, his parents introduced him to songs by bands the average middle schooler wasn’t taking in. Groups like Marilyn Manson and King Crimson. He played in bands early and, later, during a tryout for a popular Australian music television show (X-Factor), the trio met and bonded over electronic music and the artist, Skrillex.

“We all met at this weird audition for this X-Factor boy band thing,” Christian says. “Skip that. The most important thing is that I saw these two emo kids walk towards me with black fringes. I started talking to them and brought up Skrillex.”

The three bonded over their shared love and everything blossomed from there. Clinton already had experience producing music using various computer programs. He’d also played and studied saxophone and hosted a popular YouTube channel, Clinton Cave Music. The other two began to study production programs like Ableton and, united, they put more and more out. Chase Atlantic released its first EP in 2014, first LP in 2017. Now the band boasts millions of streams and fans—numbers that are only growing. Of course, this only fuels and informs future creative growth.

“Music,” Clinton says, “is a language for emotion.”

“Every way you approach a song,” Christian says, “is a new of learning.”

“Being three males,” Mitchel says, “it can be hard to talk about your feelings sometimes. I feel like we’re trying to push those boundaries.” He adds, “Music is infinite, really. You can never run out of combinations.” 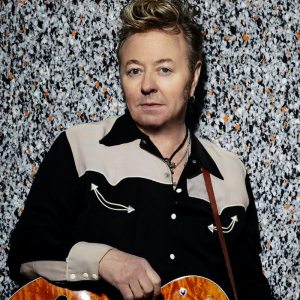 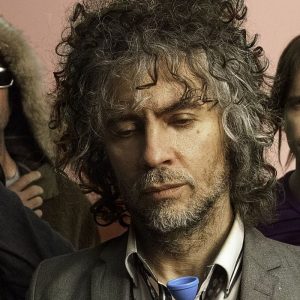