When Conor Oberst was growing up, there was only one hip record store in town. Oberst, who was born and raised in Omaha, Nebraska, a town he continues to call home, found the area to be both a blessing and a curse. Omaha, which is the largest city in the state, is only five-percent the size of, say, New York City. But what the region lacked in infrastructure or volume, it enjoyed in comradery and community. Oberst, whose popular band Bright Eyes released its latest record, Down In The Weeds Where The World Once Was, this summer (the band’s first in nine years), remembers spending hours in that record shop, flipping through albums and observing gig posters thumb-tacked to the wall.

“There was one cool record store and everything revolved around that,” Oberst says. “That’s where you went to find out about new records and where bands hung their flyers for shows. It was insular but supportive.”

Oberst, who turned 40 years old this year, remembers a tangible sense of encouragement and cooperation as a young person in his Midwestern home. Buttressing, if you will, this sense of mutual support was a sense, Oberst says, that no one would particularly care about any of the music he and his punk rock-loving friends would make. While, on some level, this may have sounded grim, it was also freeing. There was no delusion amongst his group of friends that some slick-suited record store executive would hop a plane and parachute into their town to offer a multi-figure record contract. So, as the music continued to build, Oberst and crew started their own record label — Saddle Creek Records — to release their music and started to book their own tours.

“We became very self-sufficient as a group out of necessity,” says Oberst, whose band also includes the talented multi-instrumentalists Mike Mogis and Nate Walcott. “All we wanted to do was play music. So, if we wanted it, we had to figure it out ourselves. We had to work hard. We got the broken-down van and all that stuff. I’m really grateful for all that now. Every little milestone we were able to achieve then as a band — the first time we went to Europe, the first time we played in New York — felt like a huge victory.”

Oberst was born into a musical family and first started to play guitar when he was 10 years old. One of his brothers and his father were musicians and, as a result, instruments were often left behind in various rooms throughout the house. His father, who played weddings and parties, showed that music was a joyous, communal activity. Eventually, Oberst started to casually pick up chords and basic techniques by watching his father and brother play. And at 12 years old, he began to write his own songs.

“Even before I could play,” Oberst says, “there were pictures of me as a really little kid picking up the guitar and pretending to play it. I looked up to (my dad and brother). The guitar was just the coolest.”

Any fan of Bright Eyes or of Oberst’s solo project or his myriad other musical groups has to appreciate his fluttery singing voice. It’s untraditional and supremely vulnerable. It resembles a note passed to you from your high school crush in homeroom — delicate but playful and might as well be transcribed in purple ink in cursive loop-di-loops. In a word, Oberst’s voice is charming. Yet, the accomplished singer chuckles — even sighs — when he talks about it. How did he develop it? Trial and error, he explains.

“I didn’t know how to sing at all when I started,” he says. “There was obviously no formal training. I just think I went for it. I was wildly out of pitch and all that. As the years went on, I think I’ve become a better singer. I’m still not a great singer but I’ve applied the 10,000-hour rule, so I can get by. It’s actually hard for me to listen to those early recordings of myself.”

There are a few occasions on Down In The Weeds Where The World Once Was where Oberst really does go for it. Like on the record’s lead single, “Persona Non Grata,” Oberst screams at times as he sings. The result is effective, raw. It demands attention. “Oh yeah, you, you want to be true — TO ME! ONCE AGAIN!” he sings. This lyric-belting propensity comes from Oberst’s early days in Omaha, playing in small music clubs with maybe-not-the-best or most-advanced sound equipment on stage in front of his burgeoning group of passionate fans.

“In the early-to-mid-’90s, there wasn’t much of a music scene,” says Oberst. “The more folky stuff was getting played at the same shows as punk rock bands. The PAs were always pretty terrible. There wouldn’t be monitors or anything, So, I learned to sing loud, almost just to hear myself over the band or the crowd. That’s why on the early Bright Eyes albums, all of a sudden there will be a section where I’m screaming my head off.”

While each Bright Eyes record may showcase Oberst’s inclination to shout, all of the albums share similar beginnings, as if a strange sonic portal is opening up before you and you’re set to move through into something familiar and new. On Down In The Weeds Where The World Once Was, that opening track (or portal), “Pageturner’s Rag,” consists of an introduction in Spanish followed by crowd noise edited in a choppy fashion over ragtime piano. It’s a pleasant, if not disorientating, bit of music. It serves to set a surreal and signature Bright Eyes tone.

“The one thing Nate, Mike and I talked about was the idea of making this record really sound like a Bright Eyes record, which is, admittedly, a pretty wide swath,” Oberst says. “Our records always sound different; there’s a lot of room to experiment within the format. But there is some kind of formula to it, in a way.”

Showcasing a vivid, wide-ranging, imaginative output has never been a problem for Oberst. For as long as he can remember, he’s had a “good and bad” inventiveness. He used to envision being kidnapped, for example, embracing his most baseline fears mentally. But he would also daydream in positive ways, entertaining himself. As a result, Oberst’s songs continue to be scenically graphic, containing trippy scenes and multiple characters and expressive language. It’s why many called him a new Bob Dylan as his music first hit the airwaves.

“Even to this day,” Oberst says, “I think songwriting is giving yourself this space to daydream and access that part of your mind which is less linear and less logical and a little more free-floating. I’ve always loved language, even in grade school, writing these little poems and things before I ever started writing songs. You can express something in so many different ways.”

The first Bright Eyes record — A Collection of Songs Written and Recorded 1995-1997, released in 1998 — was born from Oberst’s basement sessions after school in the mid-’90s. He borrowed his dad’s reel-to-reel four-track. And while the songs were good, the recordings weren’t exactly. So, Mogis took Oberst under his wing and helped him with the aesthetics. Walcott came into the picture in the early 2000s, and soon the project morphed into a true band. The trio was off and running. In 2011, the three put out what some thought would be the band’s final album. But, in actuality, Oberst says Bright Eyes is a lifelong effort and he anticipates more records to come from the band in the future, too.

“This project will always feel the most like home to me,” he says.

To make the group’s 11th album, Oberst said the trio worked together more than ever. While each record has been a collaborative effort, this one upped the ante. The band members began making demos in early 2018 after a 2017 Christmas party proved to be the catalyst to get back together in the studio. For past recordings, Oberst would most often write the songs and present them to Mogis and Walcott to refine and arrange. For the latest album, however, Mogis and Walcott were involved in the writing process from the get-go.

The 14-track, nearly one-hour Down In The Weeds Where The World Once Was is an illustrative road map of a creative psyche. On it, listeners enjoy the signature passion and eloquence they’ve come to know from Oberst and crew. Playful rhythms intermix with loquacious lines of love and the lingering clouds of doubt that accompany emotional growth and introspection. Listening to even a single track from Bright Eyes is to understand hours-long conversations in neighborhood living rooms or back porches about relationships and creativity and moving forward. And it’s the kind of intimate stuff that has created an at-times obsessive fan base for the band and its frontman.

“I know it’s not unique to us,” Oberst says. “It’s wonderful for people to appreciate the music and really make it a big part of their lives. But it can sometimes be a double-edged sword for sure when people build expectations of what you should be doing or what the music should sound like.”

That some fans can feel entitled or even lose the creative person for the creative product is not uncommon in today’s celebrity-driven culture. And Oberst, who is looked to both for his impressive lyricism and his boy-next-door charm, is not immune to these effects. But, as the years go on, he’s learned how to navigate pitfalls and pratfalls of the role. He’s become more selective.

“I’ll say I definitely write less songs than I did when I was 20,” he says. “So, I suppose output-wise, I’ve slowed down a bit. But I think that’s OK, too. When I do work on things, they’re a little more deliberate and focused than when I was younger. There are real touchstones throughout this new album that I think most people who are into the band will feel like it’s the band again!”

Oberst, ever the deep-thinker, doesn’t shy away from ideas of dichotomy. They say the mark of intelligence is the ability to hold two opposing ideas in your head at the same time. If so, Oberst is clearly gifted. Just as his hometown, which was both blessing and curse, Oberst recognizes juxtaposition when he sees it. Music, perhaps more than anything else, offers this sense of collaborative dualism. In one way, Bright Eyes has a sound or mood that’s very particular. In another, however, the band is constantly up for interpretation — its beauty, the songwriter says, rests in the ear of its beholder. That is reason enough to keep making more of it.

“That’s what I like about music,” Oberst says. “The way everything can be interpreted differently. I think that’s a beautiful thing. A song or a line can mean something very specific to me but to any given listener, it can apply to their life in a different and maybe even more meaningful way.” 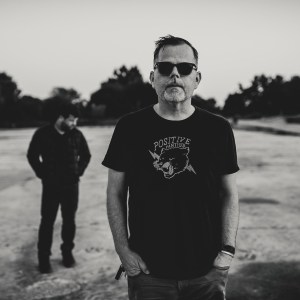 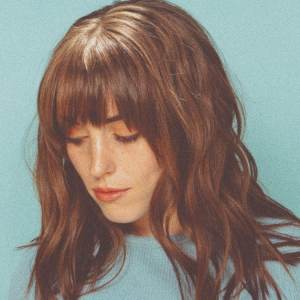