After 15 years of silence, Matthew Ryan and Neilson Hubbard of Strays Don’t Sleep have reconnected to create a song that palpably encapsulates the anxieties that have weighed on everyone during these unprecedented times.

Guided by the chaos and strife of our modern world, “I Walked Away” is a song of deep-seated fatigue – a final attempt to remain intact with oneself. Their voices whisper pleas of quiet desperation so hushed it’s almost as if they are the voice in all of our heads.

“The song tells an intimate story with a wider message, that reclamation is possible if you willfully choose it. It took me weeks after we wrote it to understand what we had written. I just liked the song, it feels good to sing because it has an honest sense of hope about it… It’s a song about man vs himself, and how losing that battle affects others. It’s a love song,” they explain.

Ryan and Hubbard tell the story of a character that is at their breaking point, about to lose themselves amidst the insanity. With a folksy and moody appeal, the two strip down the noise of the world and remind us what truly matters.

“The internet has put us all in a position where we’re ingesting information and news tailored to our activity and aquariums, isolating us so much that it seems many of us see our neighbors and fellow citizens as monsters. It’s like we’re forgetting that we’re dependent on each other. All any of us wants is a fighting chance at a good life, the room to love and live, security, a sense of belonging and future for ourselves and our families, for each other.”

This warped and myopic sense of reality we’ve all become engrossed in is exactly what has guided us towards divisiveness, towards leaning into ourselves. As friends, the two are aware of their different opinions, but the fundamentals are still there. Just as there are fundamental relatabilities between all humans.

While the song remains steady throughout, it’s the last minute or so that finally builds up with an unassuming sense of triumph, as if the main character is finally seeing the light at the end of the tunnel.

“Seamus Heaney said hope and optimism aren’t the same thing. While optimism expects things to work out, hope works for it. Hope is a verb… I love that. So I would hope upon spending some time with ‘I Walked Away’ that a listener would feel hope, the true kind.”

Although Ryan and Hubbard’s collaboration has been a longtime coming, they have returned with a piece of work that chips at the soul.

Keeping with what truly matters, the two hope, “To offer work that speaks for itself and lives well out in the world for others. To only participate in the parts of a creative life that feeds that sensation. Anything that doesn’t feed that sensation tends to stick to your intentions and betray what’s possible. We’ve both done and experienced enough to know those other engines aren’t worth the risk.”

Pooling their resources to create such a raw and relatable track can only indicate that their upcoming EP A Short Film for a Long Story will feature even more soul chipping content.

Check out “I Walked Away”

Matthew Ryan · I Walked Away 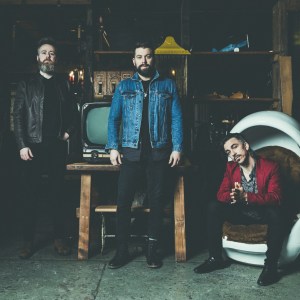 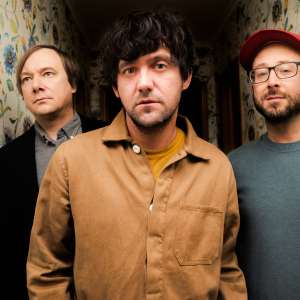