​​We had the pleasure of interviewing Caityln Smith over Zoom video!​​

​​Caitlyn released her sophomore album Supernova on March 13, and she’s been named one of Amazon Music’s Artists to Watch for 2020. She’s a critically-acclaimed songwriter who recently tied with Elton John for a Critic’s Choice award for best original song for “Glasgow (No Place Like Home),” and she’s written for artists including Meghan Trainor & John Legend (“Like I’m Gonna Lose You”), Dolly Parton & Kenny Rogers (“You Can’t Make Old Friends”), Cassadee Pope, James Bay, Garth Brooks, among others. Caitlyn grew up in Cannon Falls, MN, and started her first band when she was 12 years old. When her parents realized how serious she was about music, they offered to let her use her college fund to record an album – but she also had to pay them back so she could learn to recoup money as a musician. She moved to Nashville to make it big, but wasn’t prepared for how difficult it would be to make it (her song “This Town is Killing Me” from her debut album Starfire is a heart-wrenching tale of her struggles). She realized you could make a career out of songwriting, and she honed her craft to make sure she had the best songs possible but never gave up on making it as a singer (this sometimes backfired because labels wanted the songs instead of signing her). She ended up recording her debut album on her own, and she then caught the attention of Monument Records, and they signed her. She tours extensively, bringing her whole family on the road – her husband is in her band, and their two young sons travel with them.​​

​​Behind the Mic sessions with American Songwriter:​​Caitlyn ​​ 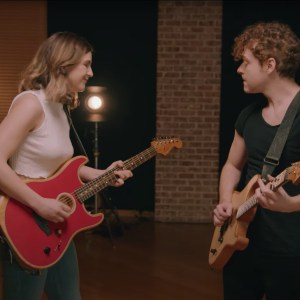 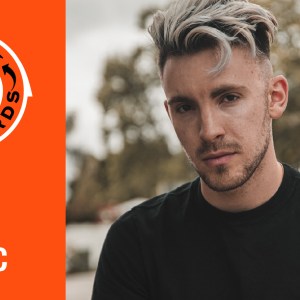