We had the pleasure of interviewing Hollis over Zoom video!

The new single “Less Like,” produced by producer/recording artist Sweater Beats (Lizzo, Panic! At the Disco) is out today. The slick alt-pop track, reminiscent of a Clairio song, showcases Hollis’ “hypnotic” (Billboard) vocals.

The video for “Less Like” sees Hollis sporting eccentric 70s style dresses and jumpsuits as she traverses through flamboyantly colorful shape-shifting scenes. Shot and directed by Hollis’ close friend, frequent collaborator, and recording artist KO aka Koala, the visual was created by a team of queer and POC women, continuing Hollis’ tradition of collaborating with underrepresented talent.

Hollis, who added “recording engineer” to her resume with ‘Subliminal,’ teamed up with Macklemore collaborator Ryan Lewis as co-writer on her upcoming single “Let Me Not” (Hollis earned a 2014 Grammy nomination for her work on Macklemore and Lewis’ The Heist, including vocals and songwriting for their hit “White Walls” and video production for “Thrift Shop” and “Wings”).

Community support, equality, and grassroots mobilization drive many of Hollis’ initiatives. The tour concept for her February 2020 EP half-life, “Hollis Does Brunch,” was designed to unite artists, small business owners, and organizers in person; during the pandemic, she pivoted to live-streamed Sunday gatherings. The series raised close to $30,000 for COVID mutual aid, Black-led organizing, and community causes, leading the Seattle Times to call it “an unexpected grassroots fundraiser.”

Hollis’ early days as a teen slam poet and spoken word artist — along with inspiration from Seattle’s grassroots hip hop scene and its intersection with social justice — laid the groundwork for her ongoing appearances as a speaker and moderator. Hollis speaks on topics such as empowered creativity and independent artistry. She is a host and writer for Breaking Down the Biz with Splice (“What is Music Copyright?”) and the lead producer of Take Creative Control: The Series, a program that features artists of color and their personal and professional stories as it relates to intellectual property law. She is also a co-curator of Bravespace, a compilation of Asian American recording artists and composers presented by the Smithsonian Asian Pacific American Center, due for release this fall (and including Hollis’ track “Subliminal”).

Hollis is a modern-day Renaissance woman: recording artist, vocalist, songwriter, creative producer, and community advocate. With her roots in spoken word and slam poetry through the nationally recognized Youth Speaks program, Hollis is passionate about how creativity and the arts fuel and shape civic discourse and is dedicated to lending her voice and capacities towards vibrant social equity. Known best for her collaborations with Macklemore and Ryan Lewis (“White Walls,” for which she was Grammy-nominated), Shawn Wasabi (“Otter Pop”) and her band The Flavr Blue, Hollis’ solo music — which she calls existential alt or “sad girl jams” — showcases her singular voice and rich, daring lyricism. Her debut solo EP half-life was released in February 2020; her self-directed video for her single “All My Weight” premiered on Billboard, and she was named one of Pigeons & Planes’ Best New Artists 2020 upon its release. Originally from the Bay Area, Hollis Wong-Wear emerged from the independent hip hop scene in Seattle and has become an in-demand songwriter in her current home of Los Angeles. Alongside her music, Hollis is an impassioned advocate for empowered creativity, a Google Next Gen Policy Leader, and is a frequent featured speaker on the intersection of art, activism, and creators’ rights. 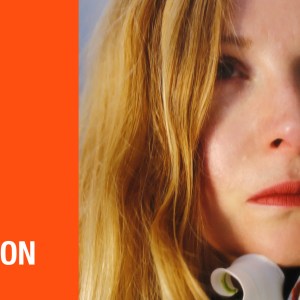 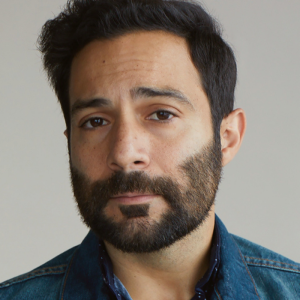