We had the pleasure of interviewing Josh Rand of The L.I.F.E. Project and Stone Sour over Zoom video!

In celebration of the release, the duo have also released a lyric video for their track “Purgatory” which can be streamed here and watched here

“Purgatory” is the fourth single to be released from the EP and follows previous singles “A World On Fire“, “Ignite“ and the band’s debut release “The Nothingness” which was featured on several major playlists across streaming platforms including Rock Hard on Spotify, Breaking Metal on Apple Music, Break Through Rock on Amazon and Metal Radar on Deezer. “The Nothingness” was also included on SiriusXM Octane’s Test Drive the week it was released.

Nurturing the project from concept to execution, the instrumentation on ‘The L.I.F.E. Project EP’ was written, arranged, recorded and produced by Rand in his home studio and mixed by Josh Wilbur (Korn, Megadeth, Lamb of God, Parkway Drive). Completing the collaborative effort with the addition of Carson, The L.I.F.E. Project presents an important milestone in an already decorated career for Rand, one that was punctuated with the addition of a one-of-a-kind vocal lead that understood how to compliment the music with her lyrical pen. The resulting introduction of The L.I.F.E. Project is a five-track EP that offers a complete presentation of a songwriter asserting his stride after more than two decades steeped in his craft. Building off the sonic stamp he established during his six albums, twenty-year tenure with Stone Sour, Rand’s current iteration holds true to his track record, without relying on it, all while penning a new chapter in his artistic anthology.

Stylistically, The L.I.F.E. Project is a fluid combination of classic metal sensibility and Rand’s penchant for pushing the boundaries of contemporary heavy. From the ethereal, cinematic soundscape of the piano-latent ballad in “Worthwhile,” to the sonic sledgehammer of “A World On Fire,” the broad spectrum resonates as especially impressive. Between Rand’s instrumental framework, accentuated by Carson’s ability to articulate poignant stanzas, The L.I.F.E. Project remains a passion project culminating in perfect collaboration.

ABOUT THE L.I.F.E. PROJECT

Arriving at the intersection of time and circumstance, multi-instrumentalist, veteran songwriter, and long-tenured guitarist of the Grammy-nominated rock outfit Stone Sour, Josh Rand, found himself at a proverbial fork in the road.

Rotating back to real world after an extensive two-year run on the road completing Stone Sour’s Hydrograd album cycle, Rand resumed his routine of immersing himself in his craft, songwriting with clear intent – breaking new ground and exploring new sounds.  Shortly thereafter, a series of events would prompt Rand to make some significant professional decisions.

The pivot would find Rand continuing to push his creative pace as a songwriter, while devising a brand-new outlet that would feature his stylistic signature throughout. Accustomed to working with the kind of vocalist that is equally commanding and versatile, Rand knew he wanted to maintain a standard of a dynamic lead, while bringing something new to the space of hard rock and metal.

As chance would have it, just a few degrees of separation stood between Rand and vocalist Casandra Carson. The resulting introduction of The L.I.F.E. Project is a five-track EP that offers a complete presentation of a songwriter asserting his stride after more than two decades steeped in his craft. Building off the sonic stamp he established during his six albums, twenty-year tenure with Stone Sour, Rand’s current iteration holds true to his track record, without relying on it. 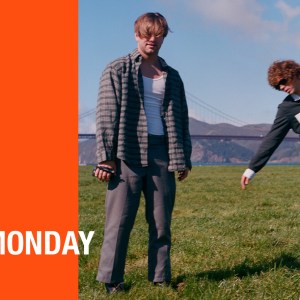 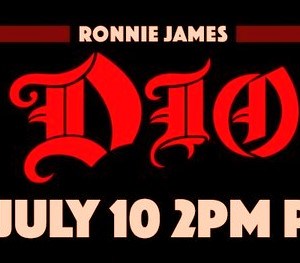